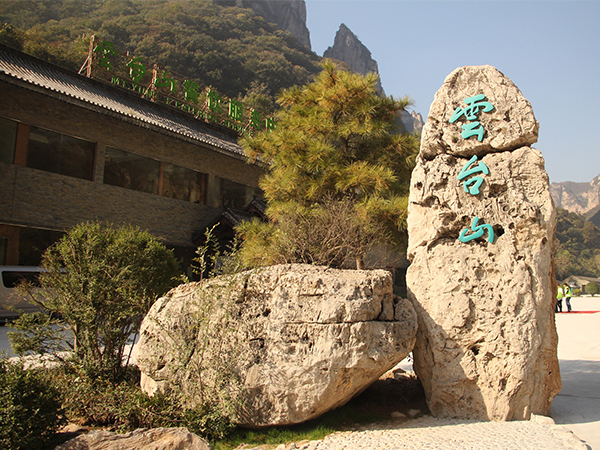 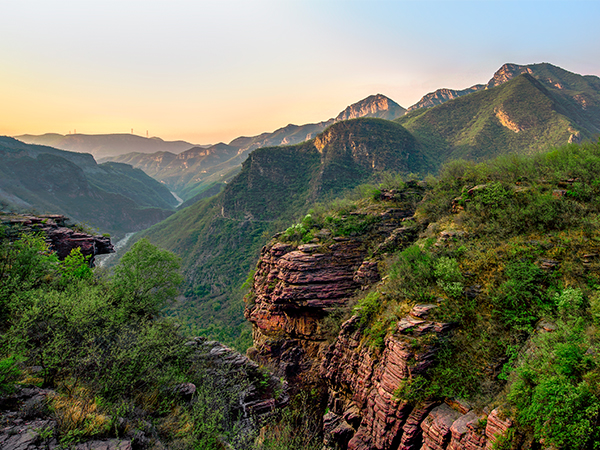 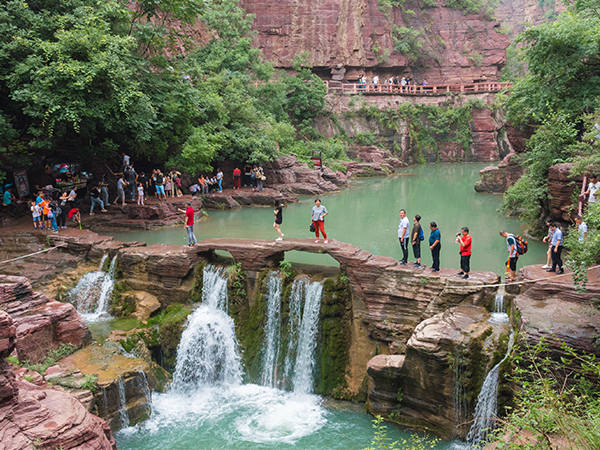 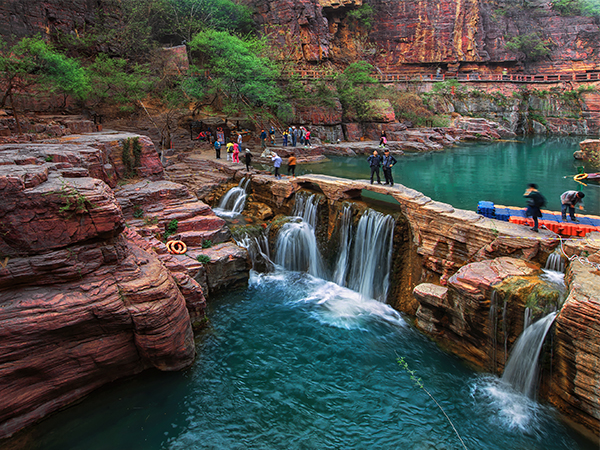 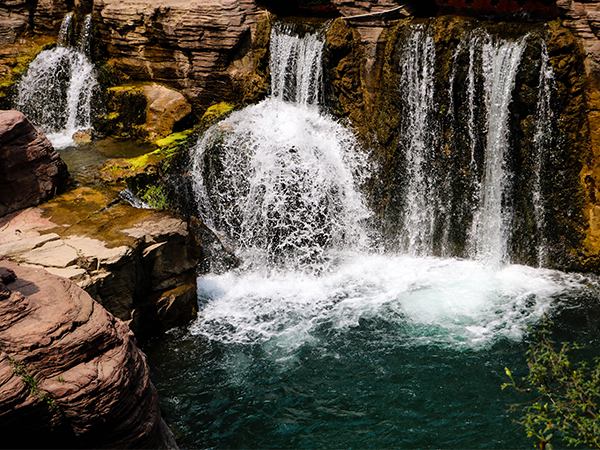 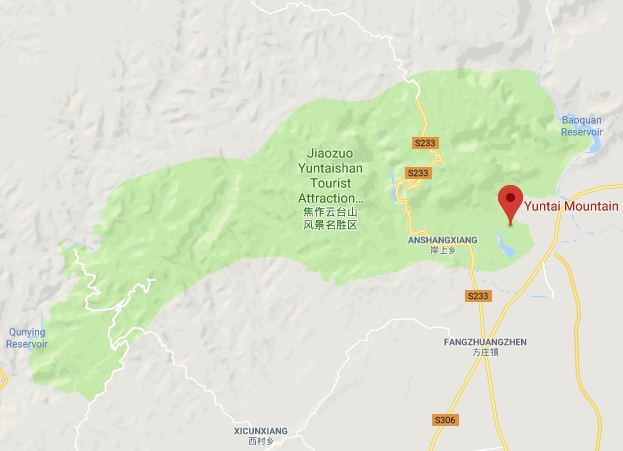 
Yuntai Mountain, or Yuntai Scenic Area, is a world geological park and a national key scenic spot in China. It is located in the south foot of Taihang Mountain in Xiuwu County, Jiaozuo City, Henan Province, about 50 square kilometers. The Yuntai Mountain is named for its the steep peaks, wide gap and haunted clouds.

What to see in Yuntai Mountain 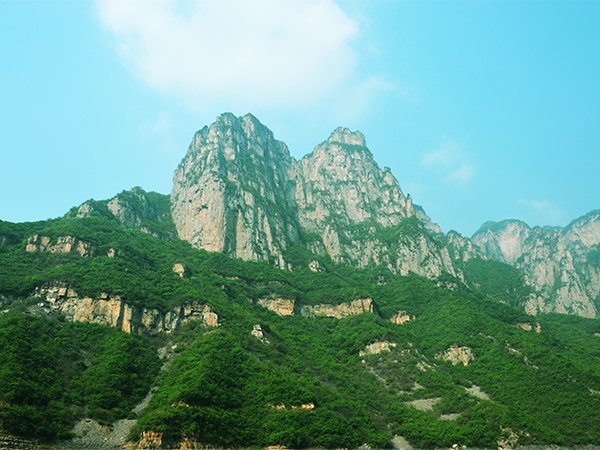 Yuntai Waterfall, also known as Laolongtan Waterfall or Laotangou Waterfall, is one of the landmarks of Yuntai Mountain Scenic Area. It is located at the west end of Laotanggou in Yuntai Mountain Scenic Area and adjacent to Lingchuan County of Shanxi Province in the north. The waterfall originated from Shuangtou Spring in Lingchuan County and flowed to the cliff above Laotanggou. It formed a water beam of more than 6 meters wide and suddenly fell from the two peaks of 310 meters high and fell into a waterfall surface of more than 20 meters wide. The waterfall has a drop of 314 meters and is known as the highest waterfall in China.

Zhuyu Peak (Dogwood Peak), also called Xiaobeiding, is named for its shape resembling an inverted pot. At an altitude of 1,304 meters, Dogwood Peak is the main peak of the Tianshan Mountain Scenic Area. At the peak, there are Zhenwu Tati Temple, sky bridge and heaven ladder. The Zhuyu peak is a sacred place for scholars and literati in the past. Wang Wei, a great poet of the Tang Dynasty, once climbed this peak to write down the eternal quatrain of " All alone in a foreign land; I am twice as homesick on this day; When brothers carry dogwood up the mountain; Each of them a branch and my branch missing.”

Hongshi Canyon (Red Rock Canyon), located on the south side of Zifang Lake, with a total length of 1.5 kilometers. It is composed of red rocks and belongs to the landscape of Danxia landforms in China. The cliffs are reddish, so it is called “Red Rock Canyon”. Red Rock Canyon is characterized by beautiful springs, secluded ponds, grand waterfalls, verdurous stream, has always enjoyed the reputation of "bonsai canyon". The canyon wonders of Hongshi Canyon attract VIPs from home and abroad.

With a total length of more than 3,000 meters, Quanpu Gorge (Spring Waterfall Gorge) is a deep valley featuring the high waterfalls and deep ponds. There are many clear springs flowing out of the ditch wall and the bottom of the valley. This gorge was formed during the Cambrian period of 5.4-490 million years ago. In the vast shallow sea environment, the Yuntai mountain area has deposited 500-meter-high dolomite, limestone, sandstone, mudstone, and mudstone strata, and then evolved into land through multiple crustal movements. Visitors can appreciate the magic of nature here.

Qinglong gorge (Green Dragon Gorge), about 7.5 kilometers long, with a total area of 108 square kilometers, is praised as the "first Grand Canyon of Yuntai Mountain", which is a combination of peaks, cliffs, hills, peaks, platforms, gullies, streams, rivers, waterfalls, caves and other landforms. The main peak Qinglong Peak is as high as 1,323 meters. It is mainly composed of Qinglong Gorge, Jingying Gorge, Yingsi Basin, Double Temple, Macaque Valley, Matou Mountain and Dashan Brain.

Zifang Lake, also known as “Pinghu Lake”, was named after the Han Dynasty Zhang Liang (styled himself zifang) who lived in seclusion here in the han dynasty. It is the largest lake water landscape in the east of yuntai mountain scenic area, covering an area of 0.5 square kilometers, with a total length of about 4 kilometers and a maximum depth of about 70 meters. In June 2002, the peach jellyfish was first discovered in Zifang Lake, indicating that the water environment here is good.

Baijia Rock, 170 meters high, spans 1 kilometer from east to west, is the birthplace of Chinese landscape garden culture from the court to the folk. Liu xie, emperor xian of the Han dynasty, used to spend the summer here. During the Wei and Jin dynasties, seven famous scholars known as "the seven sages of bamboo forest" lived in seclusion at Baijia rock bamboo forests for more than 20 years.

The Macaque Valley was approved by the State Council as a national-level apes monkey nature reserve in August 1998. A large number of wild macaque communities are distributed in the scenic area. Taihang macaques are national second-class protected animals. Taihang macaques are good at climbing, like to jump, move agile, imitative, and live in the Yuntaishan Scenic Area with more than 1,000 Taihang wild macaques. There are free monkey shows in the scenic spots, 6 games a day. The macaques of the taihang is good at climbing, likes to jump, acts with agility and is strong in imitation. More than 1,000 taihang macaques live in the yuntai mountain scenic area. There are free monkey shows in the scenic spots, 6 performances a day. 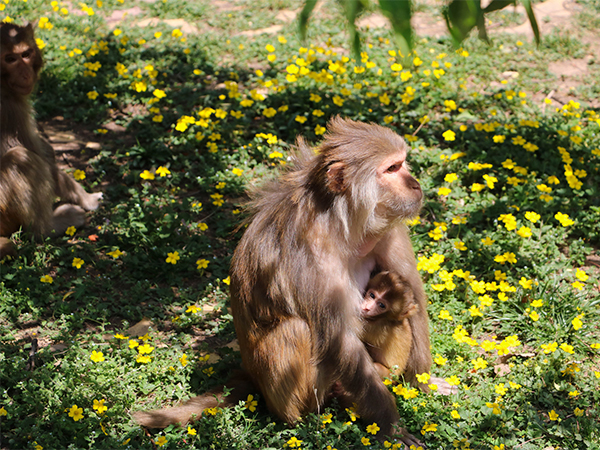 How to get to Yuntai Mountain

Foreign tourists can reach Jiaozuo Station, Zhengzhou Station or Zhengzhou East Railway Station by rail. It takes about 1 hour to arrive Yuntai Mountain from Jiaozuo Station and 2 hours from Zhengzhou.

► Xinxiang Long-distance Bus Station has a direct tourist bus to the Yuntai Mountain Scenic Area at 7:30 am and 1:20 pm.

► Jinyuan Bus Station in Luoyang City has a direct tourist bus to the Yuntai Mountain at 9:20 am every day. Return to Luoyang at 3:00 pm.

► Zhengzhou Long-distance Bus Station has two nonstop tourist buses to the Yuntai Mountain Scenic Area at 7:30 and 8:30 am every day.