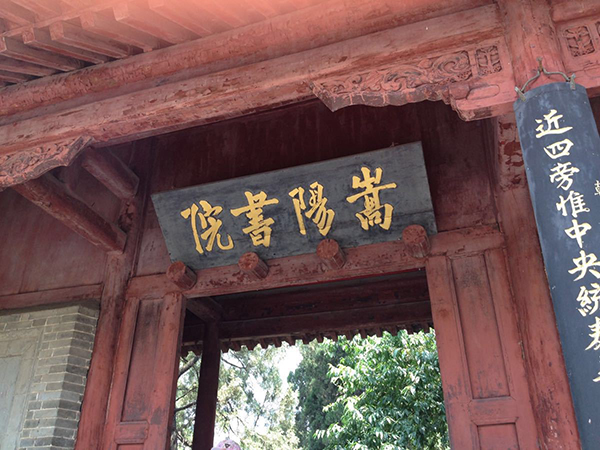 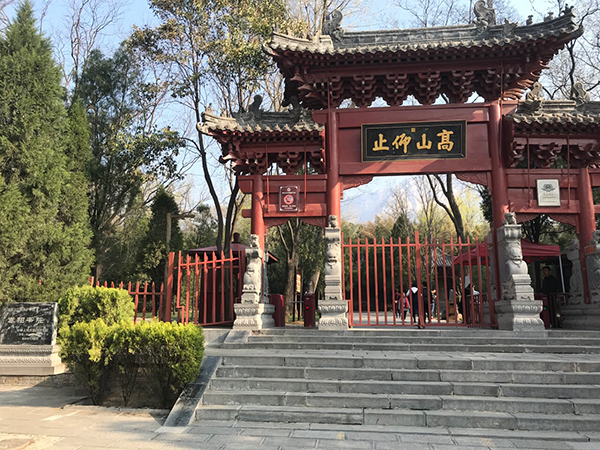 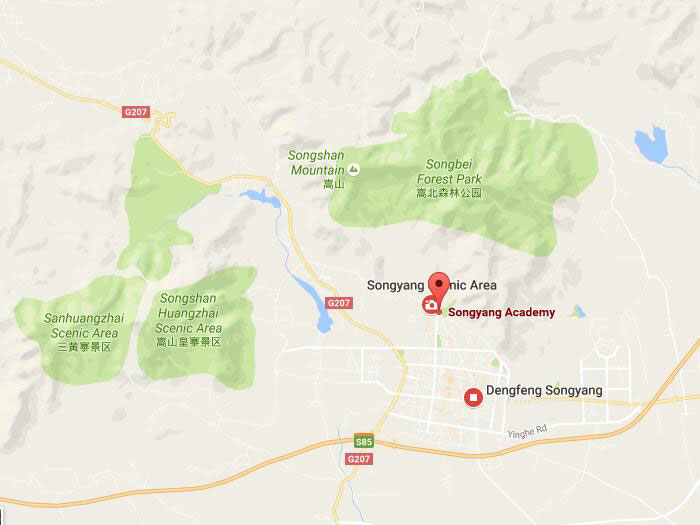 
Songyang Academy was one of the oldest academies of higher learning in the Song Dynasty in China and the first of the four academies of the Northen Song Dynasty in China. The other three are Yingtian Academy in Henan Province, Yuelu Academy in Hunan Province and Bailudong Academy in Jiangxi Province. It is famous for its rationalistic Confucian philosophical school. It was originally built in the Northern Song Dynasty in 484 in North Wei Dynasty, for Buddhism activities. Then it was changed to be a Taoism site by Emperor Yang of Sui (569-618). Then it was renamed as Songyang Academy by Emperor Renzong of the Song Dynasty in 1035. Since then, it has been a place for historical eminent people to teach. Famous scholars in Song Dynasty, such as Cheng Hoa, Cheng Yi, Sima Guang, Fan Zhongyan and Zhu Xi, etc., once gave lectures here. There is a 4,500-year-old cypress, granted the title of Great General and Senior General by Emperor Wu of the Western Han Dynasty (206 BC-25 AD), seldom in the world.

In history, Songyang Academy was jointly dominated by Buddhism and Daoism at first, later by the Confucianism exclusively. During the ages from the Later Zhou Dynasty (951 - 959 A.D.) of the Five Dynasties Period (907 - 959 A.D.) to the Song Dynasty (960 - 1279 A.D.), Chenghao and Cheng Xi, two great masters of the Luo School of the Confucianism, spread their theories here with hundreds of students. First built in 484 A.D., it had been remedied and extended for several times in different dynasties, later developed into an academy of a large scale with an air of simplicity and elegance.

【Chinese name】: 嵩阳书院
【Recommended time to stay】: around 1 hour
【How to get there】: you may take Bus Route No.2 or 6 and get off at the terminal, and you can not miss it. It takes about 10 minutes.