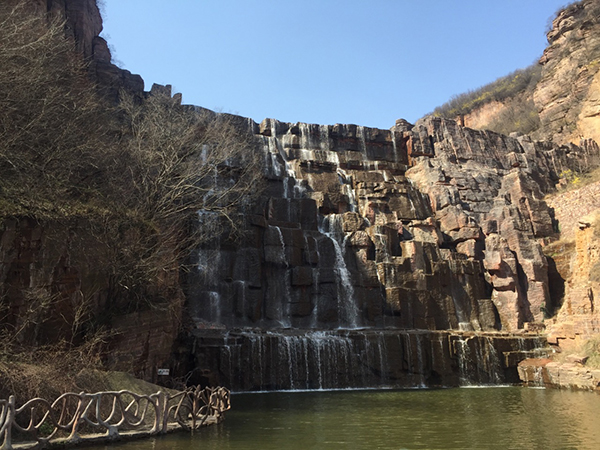 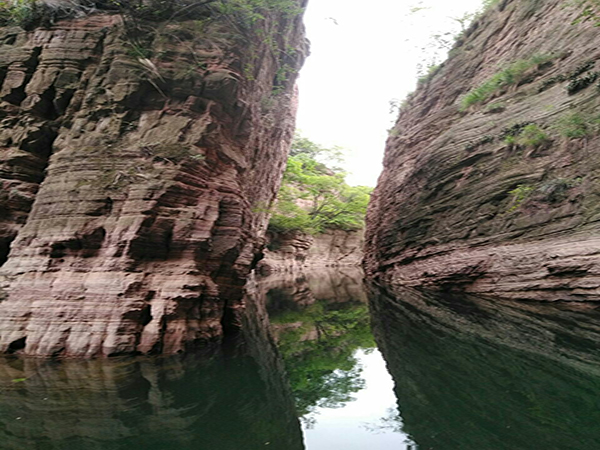 
Longtan Grand Canyon is located on Huludao Island, in north of Xin'an County. It is about 60 km away from Luoyang City, which is a major city in Henan Province. Luoyang was an ancient capital for thirteen dynasties. Major cities connected to Luoyang Airport by direct flights include Shanghai, Beijing Guangzhou and Hong Kong. The landscape of it is dominated typical red rock gorge geological scenery. It enjoys the reputation of "The No.1 Valley of Narrow Gorges in China".

Longtan Grand Canyon was upgraded to an AAAAA national scenic area of China in January 2013.The administration of the scenic area introduced a series of promotional policies to celebrate the occasion. The scenic area was opened free of charge on March 4 and received more than 10,000 visitors.

Longtan Grand Canyon is an important part of Dai Mei Mountain World Geopark in Luoyang. It is a U-shaped valley marked by a stripe of purplish red quartz sandstone and typical red rock geological landscape. The whole canyon has a length of about 12 kilometers. This canyon has gone through 1.2 billion years of geologic sedimentation and 260 years of water erosion. This place forms a couple of valleys that has different shapes and different landscape, which is quite unique in the world. In June and July, the temperature inside the scenic spot is lower than the outside places by 3-6 degrees. So it is cooler than outside area would be the first choice for summer travel for you. In addition, its steep cliffs, lush vegetation and jagged valley attract sightseers from all over China.

Longtan Grand Canyon is form by1.2 billion years of geologic sedimentation and 260 years of erosion of water, wind and rain when the purple quartz sandstone is in the process of crustal movement. In the canyon, movement traces of geology can be seen everywhere, which make it seem that the majestic process of crustal movement is replaying here. The landscape of this place is mainly with topography of canyon, water landscape, along mainly with to geological sections and geological sites. It is also supplemented with ecological and cultural views, being a unique geological museum in China. In Hongshi Valley in Longtan Grand Canyon, this place is distributed with a large number of collapse boulders. On the surface of boulders, visitors can see that there are different types of ripples. Some of them are similar with fingerprints. So it is also know as "Natural Ripples Museum" in China.

Visitors should take buses at Luoyang Bus Station. There are buses leave directly for Longtan Grand Canyon. And the earliest bus departs at 8:00 am.