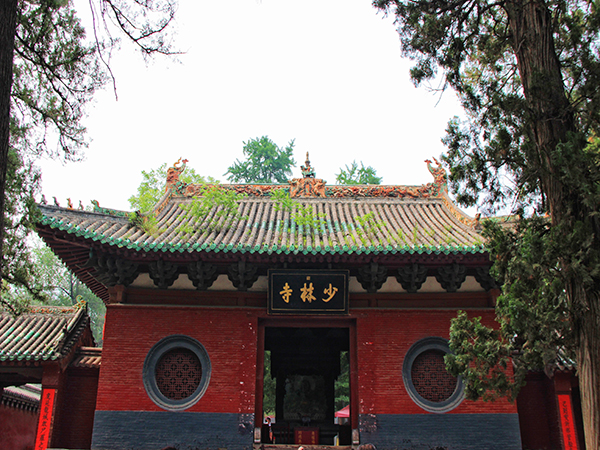 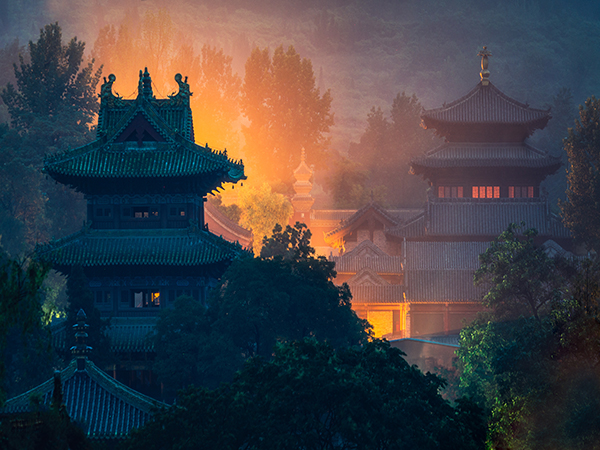 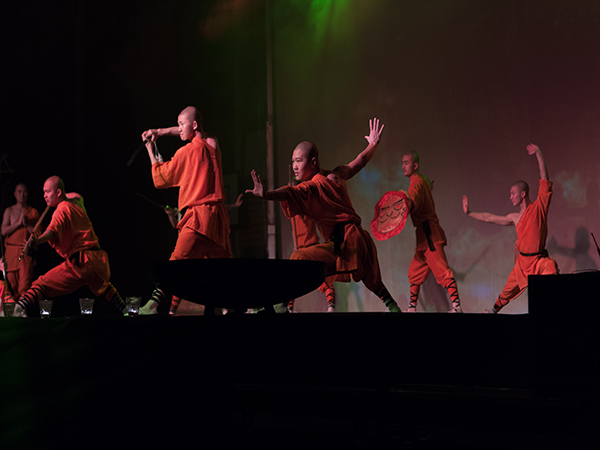 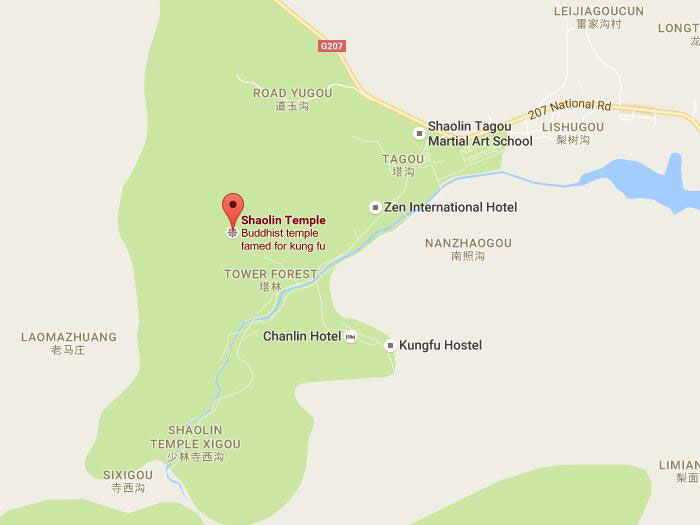 The most famous temple in China.


Shaolin Temple, a world famous Buddhist temple in China, is located at the west foot of Mt. Songshan which is 13 km northwest of Dengfeng City, 66 km east from Zhengzhou, 49 kilometers west from Luoyang. It leans on Wuru Peak, surrounded by mountains and peaks, which appears well-proportioned natural barrier. The east of Mt. Songshan is the Taishi Mountain, and the west is the Shaoshi Mountain, each of them has 36 famous peaks. Shaolin Temple is located in dense bamboo forest at the foot of Wuru Peak on Shaoshi Mountain, the name "Shaolin".

Pagoda Forest is another highlight to visit, except for the Shaolin Temple itself. Pagoda Forest is the graveyard of the Shaolin Temple. Housing the tombs of eminent monks from different historical periods, it is the largest pagoda forest in China. The levels, or stories, on the pagodas must be odd numbers (from 1 to 7) and are based on the achievements of the Buddhist masters they were built for. The era the pagodas were built in affects the shape (round or square) and the number of sides (4 or 6).

• Birthland of Chinese Shaolin Wushu;
• Chinese Han Zen Buddhism ancestral Chamber;
• The first Temple in the world;
• In 1983, it was selected as national key buddhist monasteries;
• In 2007, it was listed as the first batch of national 5A tourist attractions;
• In 2010, it was added into the world heritage list.

First built in 495 A.D., Shaolin Temple is famous for Chinese Kung Fu or Martial Arts and the Zen Buddhism wide-spread in East Asia. The Shaolin Temple is famous for the coexistence of Chan School and martial art. It became famous in the Sui and Tang dynasties, in early Song Dunasty, the 13-Rod Monk was conferred title of nobility on saving the life of King of Qin. Soon the Shaolin martial art developed into its own system and became famous as the unique Shaolin School among Chinese martial cicles.

During the Yuan and Ming dynasties, the Shaolin Temple housed some 1,000 monks and became a large Buddhist temple known at home and abroad. Today it has become an attractive tourist destination in China.

Shaolin Temple once had many monks on its premises. Those monks of the lower level mostly came from the secular society and some of them knew some martial arts before entering the temple. Those who knew martial arts taught and helped each other to improve their skills. They also absorbed the experience of their predecessors and gradually developed their martial arts into the unique Shaolin School.

Now, Shaolin Temple is one of China's most famous ancient temples for domestic tourists, as well as visitors from all over the world.

Interesting Things to Do in Shaolin Temple