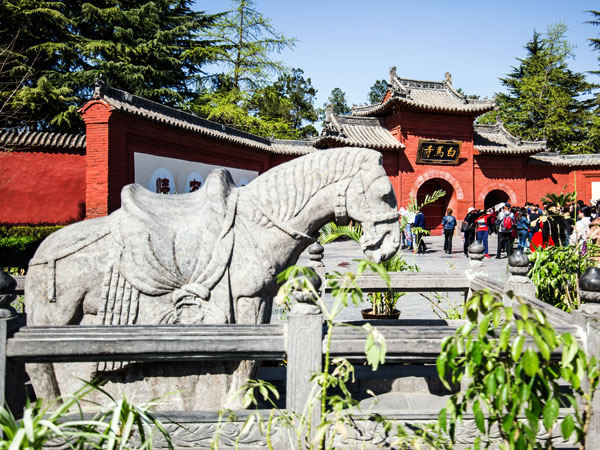 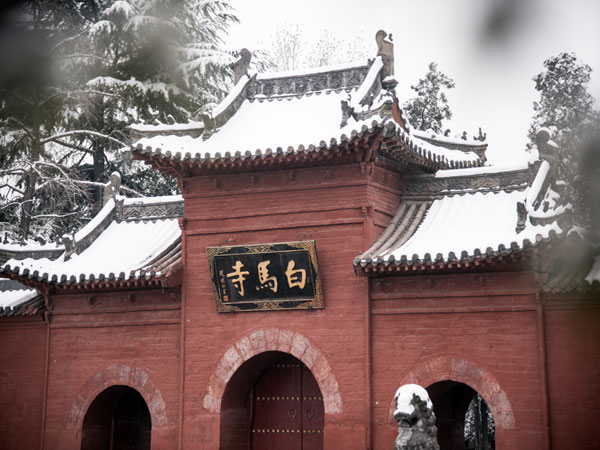 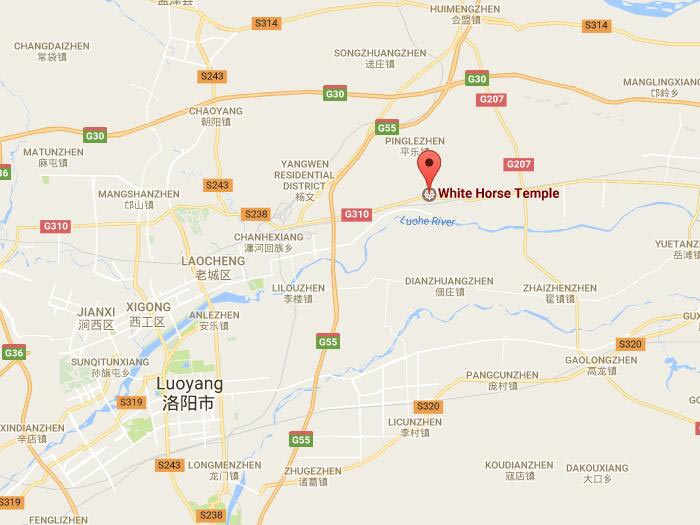 The First Buddhist Temple in China


Located 12 kilometers east of Luoyang, Henan Province, White Horse Temple is nested between the Luo River and Mang Hill. The temple was founded in AD 68 during the Eastern Han Dynasty, with a history of thousands of history. It is the first Buddhist temple in China after Buddhism was introduced into China, as well as a famous Buddhist Temple in the world. It is honored as ‘the Cradle of Buddhism in China’. During the Eastern Han Dynasty, the emperor dispatched several monks to India for the sake of obtaining Buddhist scriptures. They were brought back to China on a white horse, which is why the White Horse Temple got its name. The existing ruins now were constructed in the Yuan, Ming and Qing dynasties, with an area of 34,000 square meters. With its distinctive red walls, exquisite palaces and towering pagoda, the temple sits gently amid green pines and cypress groves, adding a solemn and silent quality to the complex.

Here are some forms of the legends relating to the foundation and naming of the temple. Following Emperor Ming's dream vision about a Buddha who established Buddhism in India, two of Ming's emissaries departed to search for Buddhist scriptures. They encountered two Indian Buddhist monks in Afghanistan, and persuaded them to join them and return to China, bringing their book of Buddhist scriptures, relics and statues of Buddha with them on two white horses. Pleased with their arrival in China, the king built a temple in their honour and named it the 'White Horse Temple' or Baima Temple, as an appreciation of the two white horses that had carried the two monks. The monks resided at the new temple and here they translated the Buddhist scriptures into the Chinese language. The Buddhist religion prospered from here and with the arrival of Bodhidarma, another monk from India in the 5th century, Chinese Buddhism evolved, spreading to other countries. The huge White Horse Temple has over 100 rooms.

White Horse Temple is a historic sit with possesses more than 1,900 years with a well-preserved appearance. This great antique architecture can be divided into some parts namely the Hall of Heavenly Kings, Hall of the Great Buddha, Hall of Mahavira, Hall of Guidance and the Cool and Clear Terrace appear in proper order in the temple, as they were when it was first built. Beside those main buildings are the Reception Chamber, the Cloud-water Chamber, the Ancestors Chamber, the Guests Chamber, the Buddhist Chamber, and the Abbot Courtyard and so on. The huge White Horse Temple has over 100 rooms.

How to get to White Horse Temple from Luoyang