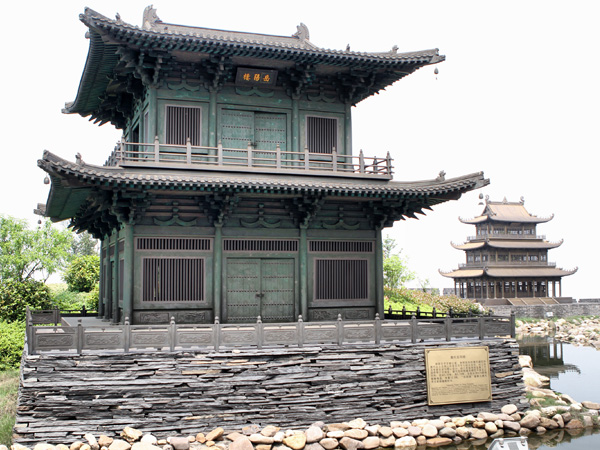 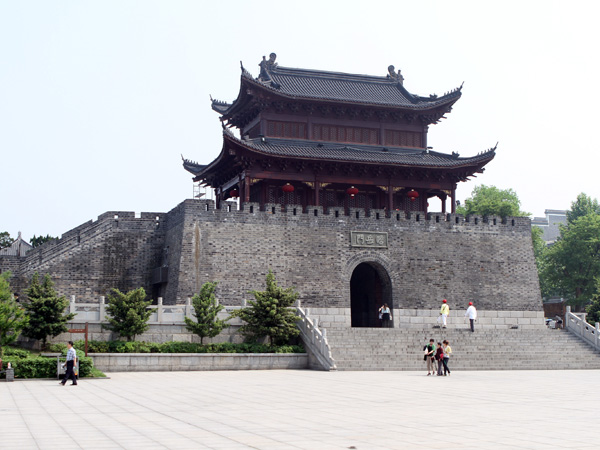 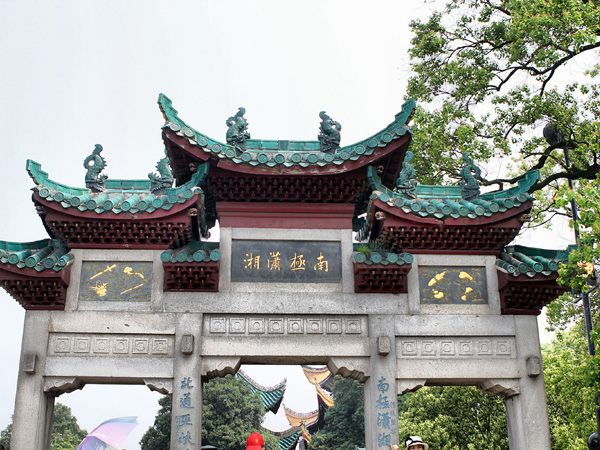 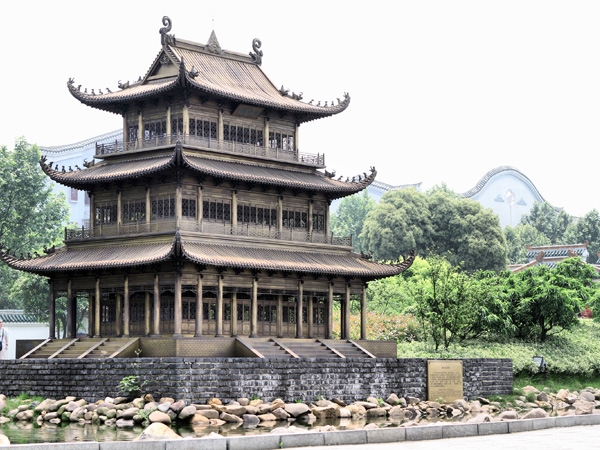 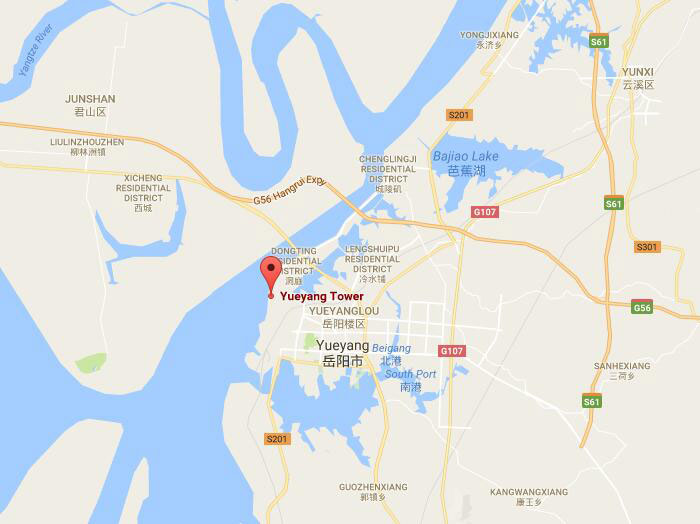 
Standing on the city tower in the northwest of Yueyang City in Hunan, Yueyang Tower along with the Yellow Crane Tower in Wuhan and the Prince Teng's Pavilion in Nanchang, is one of the three great towers in south of the Yangtze River. In the Yueyang Tower, tourists can find poems, paintings, calligraphic words, tree-root carvings, and the different models of Yueyang Tower of Song (960-1279), Yuan (1271-1368), Ming and Qing dynasties. The tourist attractions on both sides of the Yueyang Tower include the Three Drumkards Pavilion, Immortal Plum Pavilion, Xiao Qiao’s Tomb, and Stele Corridor.

The Yueyang Tower stands on the west gate of the Yueyang city wall, looking down at the Dongting Lake, facing the Junshan Island in the distance, and linking the Yangtze River to the north and the Xiangjiang River to the south.

It is said that the site was originally an inspection platform for the general Lu Su of the Wu Kingdom (222-250AD) to train his naval troops. In the fifth year of Emperor Qingli's reign in the Northern Song Dynasty (960-1127), Teng Zijing renovated the Yueyang Tower and invited his good friend Fan Zhongyan, a well-known writer, to compose an essay. In Fan's essay, Remarks of Yueyang Tower, he not only described the wonderful scenery, but also wrote the famous lines of one should be the first to bear hardship, and the last to enjoy comforts, indicating his concerns for the country and people. His words won the tower great fame, and have been deeply rooted in the Chinese people's mind from generation to generation. After numerous renovations, the current structure was rebuilt in 1867 in the Qing Dynasty (1644-1911).

The Yueyang Tower was constructed on the Yueyang Old Town's West Gate, with a grand force of view and a remarkable structure. The tower features in its unique structure and style. There are three floors, cornice, shelled ceiling, timbered frame. The architectural style of Yueyang Tower is quite unique. The main tower is 21.35 meters high with 4 columns, 3 stories, flying eave, helmet roof and wood construction, the helmet-roof of such a large dimension is a rarity among the ancient architectures in China. Each floor of the tower exhibits couplets written by famous men of letters in Chinese history. The ground and first floors feature each a carved screen of Records of Yueyang Tower. The one on the first floor was hand-written by Zhang Zhao, a great calligrapher in the 18th century. On the third floor a screen shows a famous 8th century poet Du Fu's poem which was Mao Zedong's calligraphy. In 1988 Yueyang Tower was named by the State Council as a key cultural relic site under state-level protection as well as a national scenic site. In 2000 it was among the first batch of national AAAA tourist resorts.