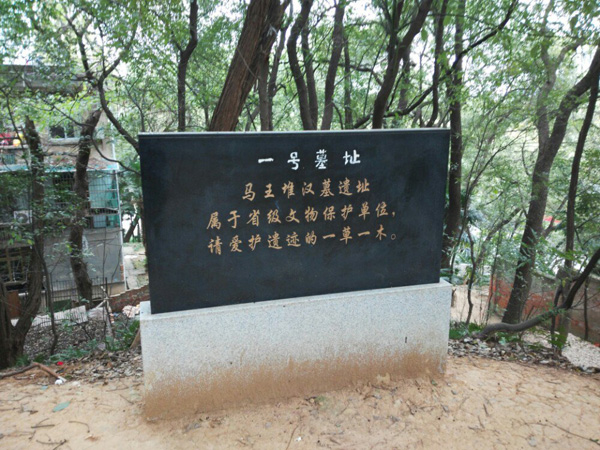 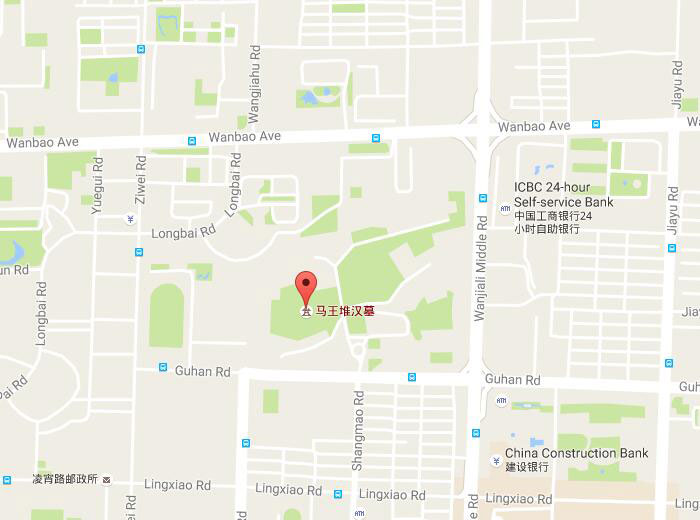 
Located in Wulipai in the eastern suburbs of Changsha, the Mawangdui Han Tombs (Chinese Pinyin: Mawangdui Hanmu)were for the aristocrats of Changsha State in the early Western Han Dynasty (206 B.C. – A.D.24). The coffin chambers were well-conceived laid out. Over 3,000 cultural relics have been excavated from the Han tombs, such as a thin gauze cloth, weighing 49g, beautiful silk writings and paintings, a women corpse that had been well preserved for more than 2,000 years. All these cultural relics are now preserved in the Hunan Provincial Museum.

It is no exaggeration to say that the Mawangdui Han Tombs is an open book to the glorious West Han Dynasty (206BC-24). All three tombs were excavated between 1972 and 1974. According to the research this place was a family graveyard from at least two thousand years ago. The tombs are very grand and complicated as well. Number 1 and Number 3 tombs were in excellent condition when excavated and Number 1 tomb is the largest among the three. Number 1 and Number 2 tombs have been in filled. Number 3 tomb has been preserved and covered by a ceiling for the benefit of the visitors.

The tombs were made of large cypress planks. The outside of the tombs were layered with white clay and charcoal; white clay layering was a practice that originated with Chu burials, while charcoal layering was a practice that was followed during the early western Han Dynasty in the Changsha area. The tombs contained nested lacquered coffins, a Chu burial custom. The tombs also followed the burial practices dictated by Emperor Wen of Han, containing no jade or precious metals.

• The eastern tomb, Tomb no. 1, contained the remains of a woman in her fifties (Lady Dai). Her mummified body was so well-preserved that researchers were able to perform an autopsy on her body, which showed that she probably died of a heart attack.Western Han (202 BC - 9 AD) era lacquerwares and lacquer tray unearthed from the 2nd-century-BC Han Tomb No.1 at Mawangdui.

• The western tomb, Tomb no. 2, was the burial site of the first Marquis of Dai, Li Cang. He died in 186 BC. The Han Dynasty had appointed Li Cang as the chancellor of the Kingdom of Changsha. This tomb had been plundered several times by grave robbers.

• Tomb no. 3 was directly south of Tomb no. 1, and contained the tomb of a man in his thirties who died in 168 BC. The occupant is believed to be a relative of Li Cang and his wife. This tomb contained a rich trove of military, medical, and astronomical manuscripts written on silk.