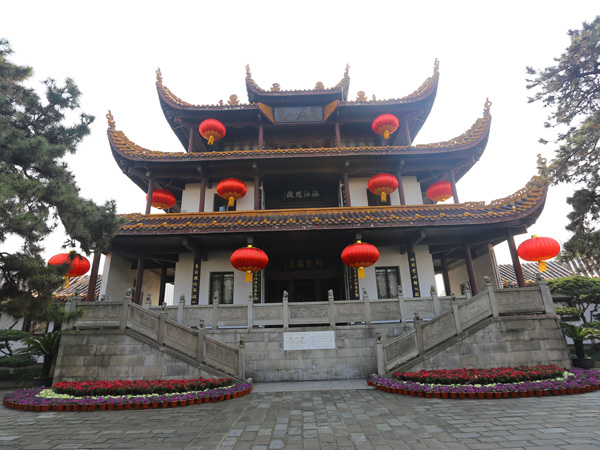 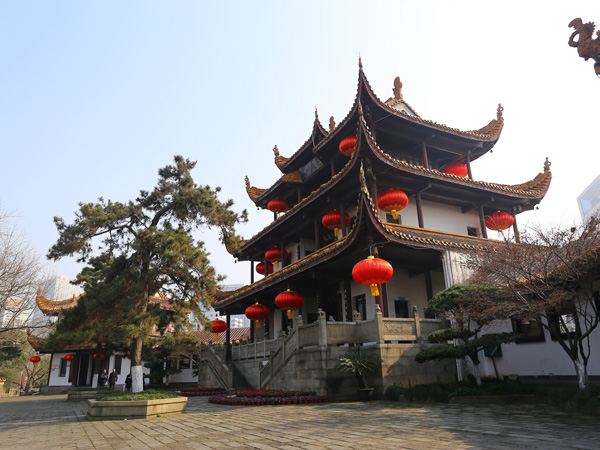 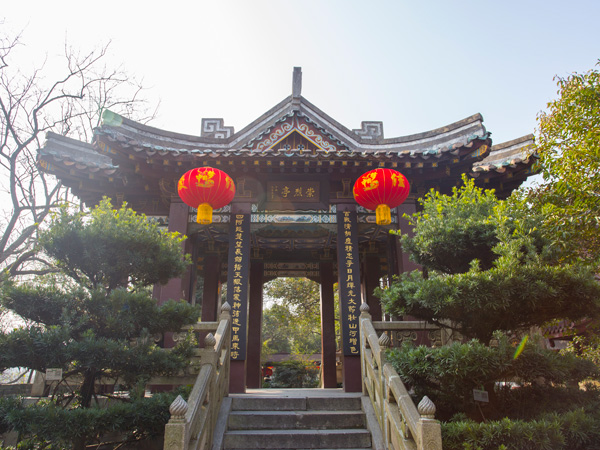 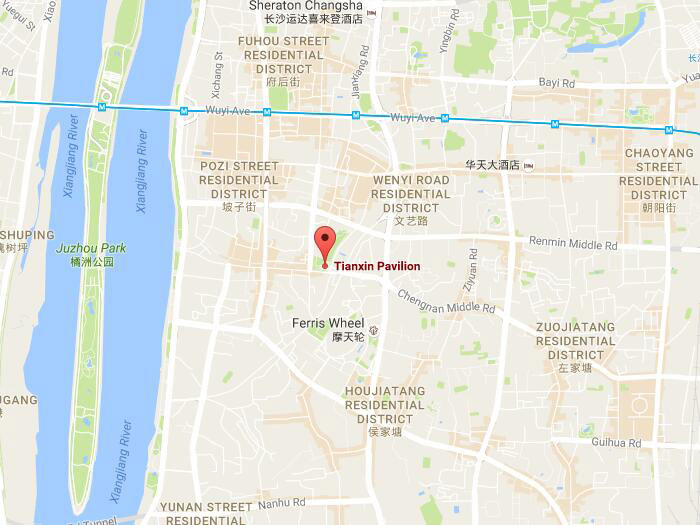 The Tianxin Park was constructed in 1924; the present area occupied is 30,000 square meters. Its main spots are classical and elegant. For example, the grand "history cultural celebrities decorated engraving gallery", has collected multitudinous historical celebrities engravings for a period of more than 3,000 years; The "Peaceful Military spirit" giant group sculpture, illustrating the historical picture of the Taiping Heavenly Kingdom peasant uprising attacks in Changsha. In the garden the flowers and trees are luxuriant, scattering around the pavilion situated in it, forming a nice contras. Plants popping out making enhancing the scenery, the embellished pavilion and the pond water, the big and small winding path linked up in the green bamboo and flower, making the finite space to contain infinite in poetic and artistic flavor.

• Ancient Xianxin Pavilion
The landmark of Ancient Changsha— Xianxin Pavilion with over 400 years of history stands on the ancient rampart of Changsha, ever enjoying the reputation of Ancient Pavilion of Hunan. The whole unsophisticated pavilion, without any flourish ornaments and in a dense and bold color, is a particular southern gardening building in the Ming and Qing Dynasties.

Tianxin Pavilion is located on the top of Longfu Mountain, the highest point of Changsha, which is regarded as a lucky treasured land, resulting in that our forefathers came here to observe astrology and offer sacrifice to the God, people to show their worship, and men of letters to compose verse and prose.

• Ancient Wall
The Ancient Wall beneath Tianxin Pavilion, an essential military fort of Ancient Changsha, was originally built in the fifth year of the West Han Dynasty' Emperor Gaozu (B.C 202) with over 2,200 years of history, playing a magnificent role in studying city-protection projects of ancient China.