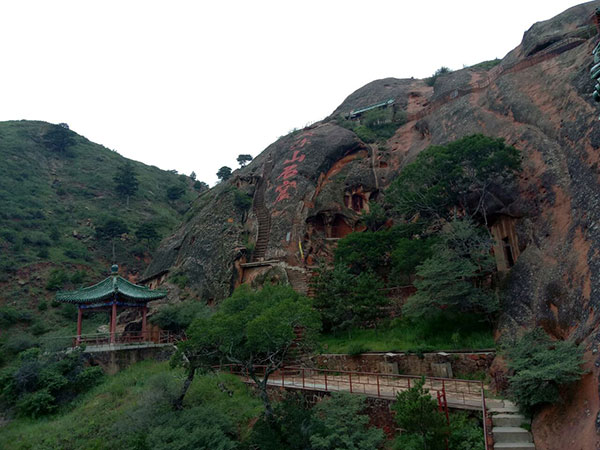 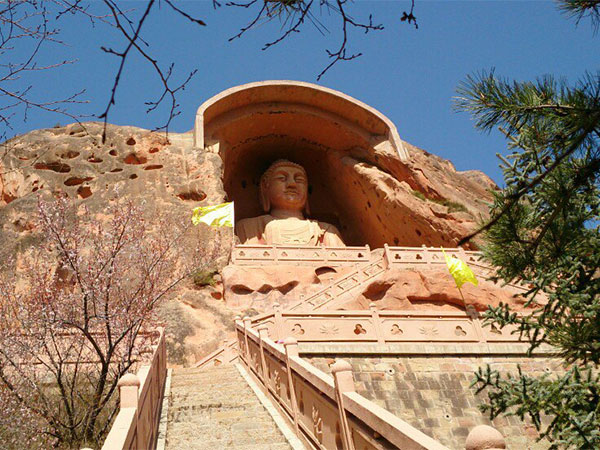 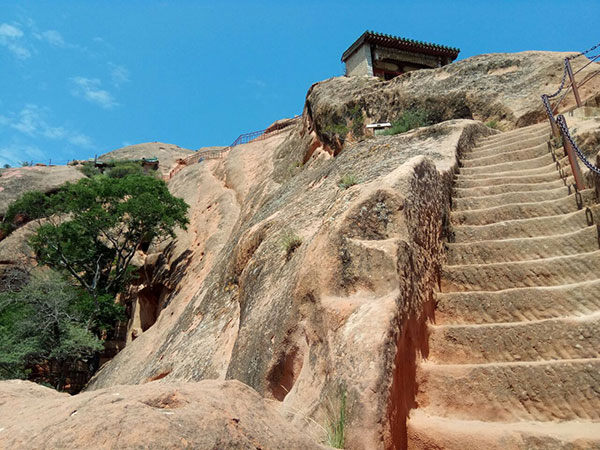 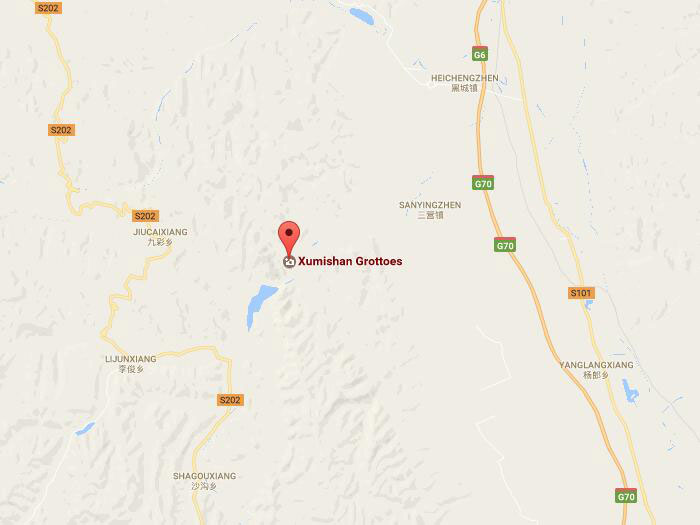 One of top ten Buddhist grottoes in China.


Xumishan Grottoes（Chinese name: 须弥山石窟）, which is the national relic protection unit, located on the eastern edge of Mount Xumi 320 kilometers away from the south of Yinchuan, it is 55 kilometers away from Guyuan County in its south. Xumi is Sanskrit, means golden hill. Xumishan Grottoes excavated in the middle and late period of the Northern Wei Dynasty which existed 1400 years long. In Tang Dynasty, Xumishan Grottoes have become a sheer size Buddhist Temple. As far, there are 132 grottoes mainly distributed in 8 different cliffs, called “Jingyun Temple” at that time. Until Ming Dynasty of Zhengtong period, eminent monk called Jiwangsu submits a written statement to Emperor Yingzong to give it a name “Yuanguang Temple”.

The caves are threatened by the elements like erosion of wind and rain, vandalism and earthquakes in a very long time, and 20 statues are under well preservation distribute in 5 scenic sites: Dafo Tower, Zisun Palace and Yuanguang Temple, Xiangguo Temple and Taohua Cave. The well existed caves No.45 and No.46 owns most statues of which are larger than human. And No.51 was damaged because of earthquake, but we can draw an outline of it. It consists of prechamber, main chamber and right and left chamber. Main chamber is 26 meters wide and 12 meters deep, 12 meters long and with a height of 7 meters. Passing Dafo Tower is Zisun Palace. Most of grottoes of Northern Wei Dynasty are here. In the front of cliff in Zisun Palace, No.14 cave is the earliest digging one. Buddhist statue of inside cave used simple color, sculpt is similar to the statue in Yungang and Dunhuang. There are 40 statues with a height of 6 to 7 meters in No.45 and No.46 caves of Yuanguang Temple and No.51, 67 and 70 caves of Xiangguo Temple.

Different grottoes excavated from Northern Wei Dynasty and Sui and Tang Dynastie in Xumishan shows different style of different age. The nose bridge of Buddha in Northern Dynasty is high and remains the features of Indian Buddhism. Buddha of Sui Dynasty seems to have long body and short leg, a square face and short neck with clumsy image. Buddha of Tang Dynasty tends to be perfect. It has a full figure and wears luxury and colorful cloth what shows the extraordinary artistic temperament of Tang Dynasty. Different from the most of grottoes digging in one cliff, Xumishan Grottoes dig in 8 mountains separated from each other. And its structure is peculiar and it has bridge between mountains.

Xumishan Grottoes are in a remote location, therefore you have better to choose a good season to travel. In general, summer is the best time or spring and autumn are fine too, but winter is not so good. Xumishan Grottoes are different from four great grottoes because you need to climb mountain which means that snowy winter days and rainy days are not very suitable. And visiting time you have better not to choose noon in summer because it is burned at noon and you need to lots of water supplement. The route of self-driving is not very convenient and quite difficult, especially paying attention to rainy and snowy weather. When you pay visit to grottoes, better not to smoke because it is harmful for grottoes.