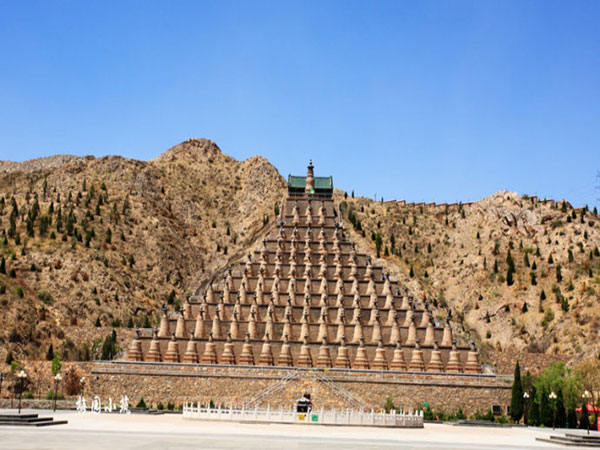 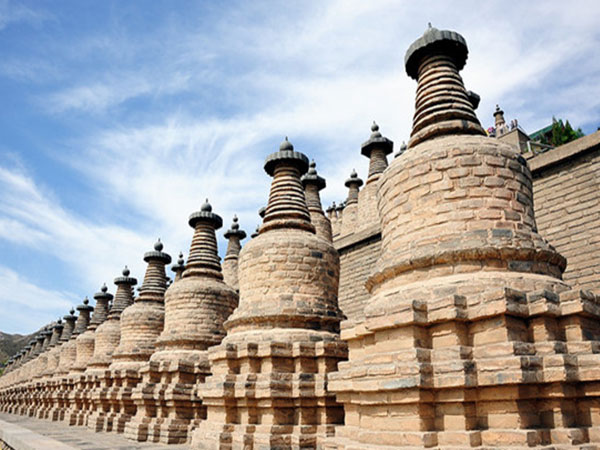 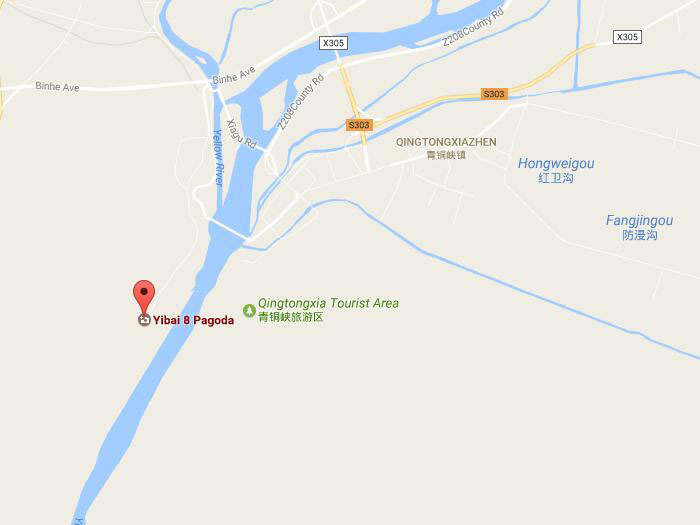 60 kilometers away Yichuan City, in the Ningxia Hui Autonomous Region, northwest of China

A famous scenic spot in Ningxia; A triangle pagoda forest of 108 brick stupas of Lamaism


108 Buddhist Pagodas (Chinese name: 108佛塔) lies at the east of Xiakou Mountain on the western shore of the Yellow River. They are the primary attractions in Qingtongxia Reservoir near Yinchuan City. Here used to be grand temple buildings, nowadays, most of the temples were ruined, only left pagoda. This 108 pagodas form in 12 rows, the overall layout is narrow on the top and wide on the bottom, form an isosceles triangle, which is a unique style.

It was said that these special pagodas were built in the Yuan Dynasty (1271-1368). All of them were built a pearl-shaped top covered with lime, looks like the white pagoda of the Yuan Dynasty at the Beijing Miaoying Temple. Due to the 108 dharma bodies, it had such name.


Things to Do and See

Those 12 rows pagodas, with each row containing an odd number of pagodas starting from the top, are forming a huge triangle, giving tourists an amazing view. Below these magnificent pagodas, you can see a big dam across the roaring Yellow River with a lake created by the dam. While sailing on the lake, tourists have a good chance to appreciate the beautiful landscapes of the lake as well as enjoy the gorge with the 108 pagodas on its slope.

Also, tourists can enjoy the whole picture of the 108 pagodas from a distance. 108 is really an idiomatic number in Buddhism. Buddhism says that there are 108 kinds of trouble and disasters for life, to eliminate all of them, people need to pray to Buddha for 108 times, knock a bell for 108 times, etc... Those 108 towers should contribute the "merits and virtues". Building a tower here is to eliminate the trouble of life and affliction.