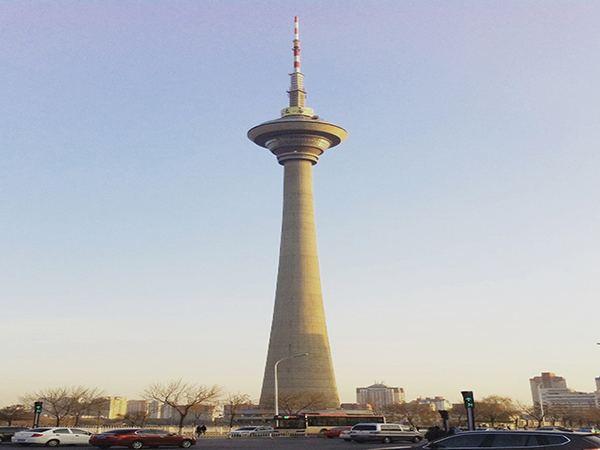 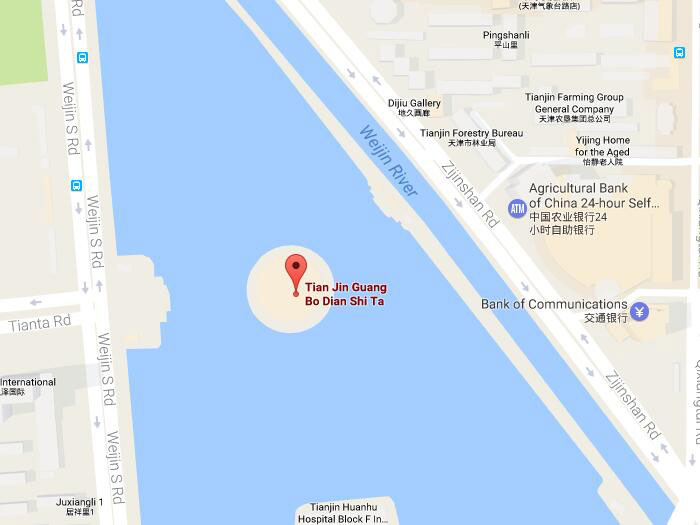 The second highest tower in Asia.


Located on the east side of the Water Amusement Park, Hexi District of the southern part of the city, Tianjin TV Tower is called Tian Ta for short and is famous for a sky-high tower over water. The tower measures 415.2 meters, and is known as the fourth highest tower in the world after the ones in Toronto, Moscow and Shanghai. It is used primarily for communication. It was built in 1991 at a cost of $45 million. Approximately two-thirds up the tower is an observation pod with floor space 253 meters (830 feet) (used mostly for communication equipment). It is a member (10th tallest) of the World Federation of Great Towers.

Tianjin TV Tower covers an area of 300 mu, 70% area is water surrounded by a 210,000 square metre lake. The tower looks like a sword pointing to the sky amidst lakes of shining ripples. Around Tianjin TV Tower is an unobstructed view of land and water with lush vegetation and blossoming flowers. The tower casts its reflection in water.

The TV tower consists of the foundation, base, body, accessible floor and antenna five parts. There are four high speed elevators in the tower. The elevators run at a rate of 5 meters per second. It only takes 60 seconds to send visitors to the top of the tower. A seven-story flying-saucer shaped structure is situated between 248 and 278 meters of the way up the tower. There are three publically accessible stories, covering about 1,300 square meters. The broadcasting studios and power rooms cover another 260m-378m2. Music adds more glamour to this reassuring serenity. The body of Tianjin TV Tower has a viewing hall allowing people to have a bird-eye view of Tianjin City on the second floor. Besides, there is a revolving restaurant on 257 meters which can accommodate over 200 diners at the same time on the third story. The restaurant can serve visitors various beverage and snacks, such as Goubuli Stuffed Bun, Ear-Hole Fried Cakes, Fried Dough Twist, etc.

Tianjin TV Tower can offer 9 channel FM stereo programs and 7 channel TV programs, covering the area for over 100 kilometers around. It also offer data to the city’s meteorological, transportation, environmental protection, fire protection and communication services. Now, it has become a symbolic building of this city.