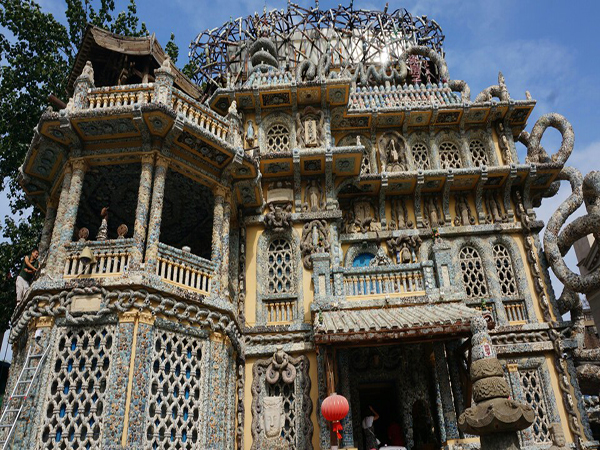 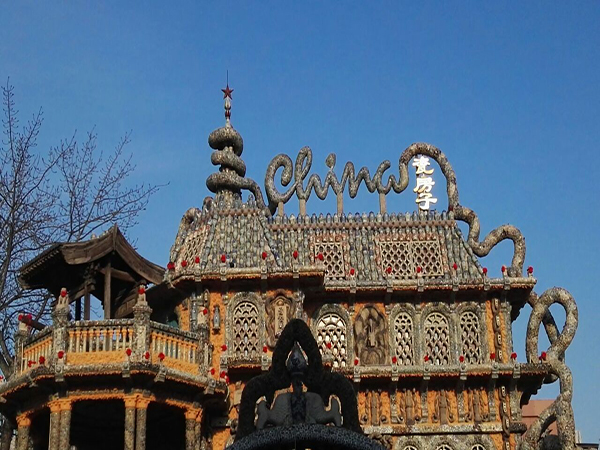 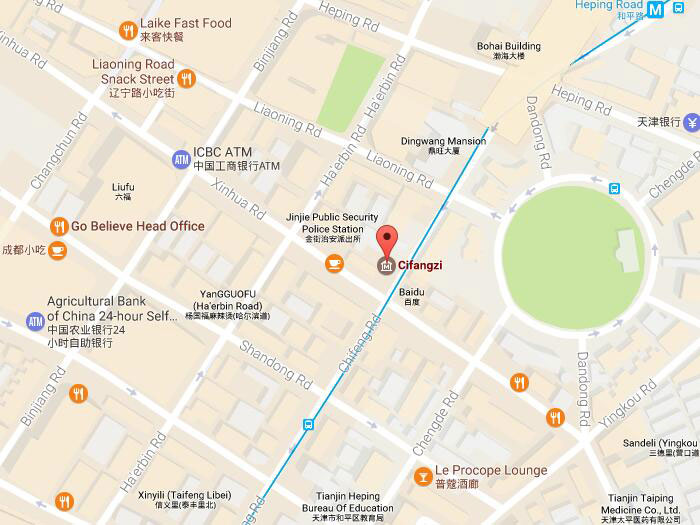 French style architecture made from procelain.


The Porcelain House locates in the old French Concession in a historical colonial building, once to be a residence. The house, originally a French style villa a history of over 100 years, is located in Chifeng Street, Heping district. Now, it renovated as a unique porcelain museum which all covers with porcelain pieces, so, it is a real "Porcelain House"!

The Porcelain House, a private museum decorated with about 400 million pieces of ancient Chinese ceramic chips and over 13,000 ancient Chinese porcelain vases, plates and bowls. The porcelain dates from the Tang (AD 618-907) to the Qing (1644-1911) dynasties. Covering an area of 3,000 square meters, the Porcelain House is decorated with 400 million pieces of ancient porcelain, 16 thousand pieces of ancient chinaware, 300 white-marble carvings, and 20 tons of natural crystals. It is perhaps the most strange and eye-catching house in Tianjin. The owner said he spent over 20 years collecting materials and five years completing the decoration.

The courtyard wall is covered with around 3,000 porcelain vases, and is called name “Ping’an Qiang” (Wall of Wellness). The so-called Wall of Wellness in the Porcelain House is decorated with over 600 ancient Chinese porcelain vases. Outside the door, there is a pair of stone lions made in the Ming dynasty. They are nearly 1 meter high with delicate manual work. Perhaps the most impressive are the 4 "China dragons" entwining the exterior wall of the house, which symbolize the power of ancient China and are one of the most dominant features in Chinese architecture. Each dragon is more than 200 meters long and is pieced together from thousands of porcelain pieces. The porcelain-covered exterior of the house shines in the sunlight, capturing the attention of passers-by, while on the inside, the porcelain is only used to decorate the part of the doors, the rail and the ceiling.

Zhang Lianzhi, a 50-year-old porcelain collector from Tianjin and a successful businessman with an interest in art and culture China. He has a profitable Cantonese-style restaurant chain. He has over 20 years collecting materials and five years completing the decoration of an old house with hundreds of millions of ancient porcelain fragments and tons of natural crystals. The whole transformation is rumored to have cost Zhang Lianzhi approximately 2 billion yuan ($315 million). About 80 percent of the porcelain used to cover the house comes from broken or damaged antiques, but the eccentric collector mixed up the different fragments and pasted them on the walls in such a way to conceal the damaged parts. In fact, most of them look intact. Zhang Lianzhi made sure elements of Chinese culture could be seen at every turn of his Porcelain House.

If you like Watts Towers in Los Angeles, then you will like the Porcelain House in Tianjin. This place is beautiful and definitely worth a visit. You can see the facade from the street which is really the best part, but seeing it up close gives a nice perspective of the broken vases and cups used.

【Chinese name】: 瓷房子
【How to get there】: If you depart from Tianjin Railway Station, you should take Bus No.97 or 951 in the square and get off at Shandonglu Station.