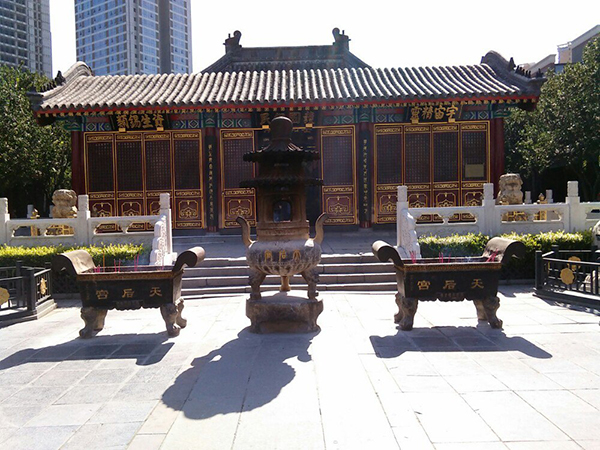 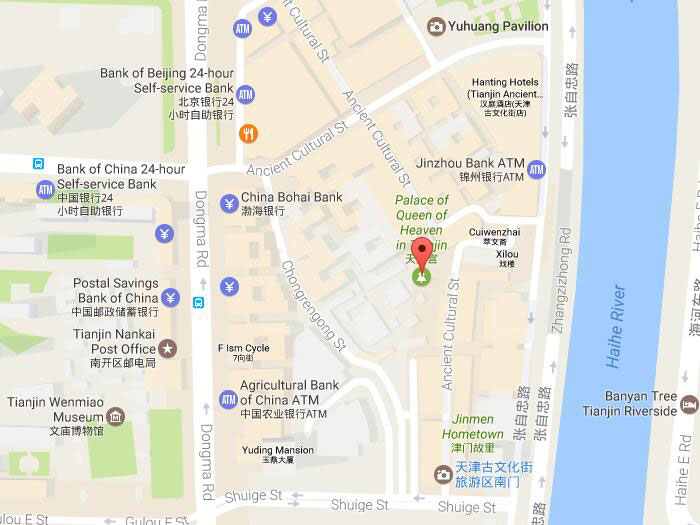 The Palace was first constructed in 1326 during the Yuan Dynasty (1271-1368). Subsequently, it was repaired many times. It faces the east with the Haihe River running in front of it. From the east to the west, the main buildings include the Opera Tower, the Flag Pole, the Temple Gate, the Memorial Archway, the Front Hall, the Main Hall, Canon-Storing Pavilion, the Qisheng Temple, the Bell-Drum Tower, the Side Hall and the Zhangxian Pavilion, etc. The principal building of Tianhou Palace is the Main Hall constructed on a high and large pedestal, which is of the typical wooden structure style of the mid and late Ming Dynasty (1368-1644). The architectural complex is one of the three major Tianhou palaces in China, and also one of the oldest extant Tianhou palaces.

The main function of the Tianhou Palace is to pray for navigation safety. The palace was a center of marine sacrifice in the past dynasties, and also a venue for sailors to have happy get-togethers. Besides ceremonial rituals held to worship the Goddess of the Sea, various performances with Chinese characteristics are often held here to thank the goddess. It is said that the lunar March 23 is the birthday of Matsu, the Goddess of the Sea, and folk flower fair is held here annually to memorize her on the day.

As early as in 1954, the Tianjin municipal government listed the Tianhou Palace as a key cultural relics site under its special protection. The government has renovated the palace and opened it to the public as a folklore museum.