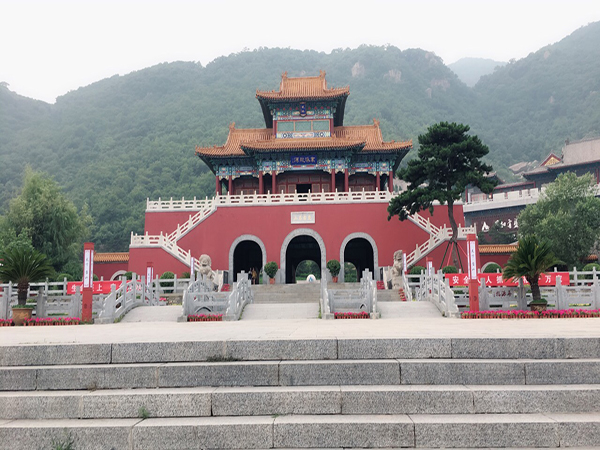 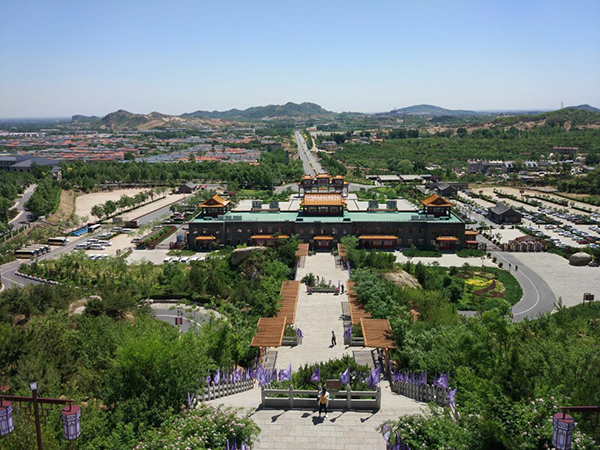 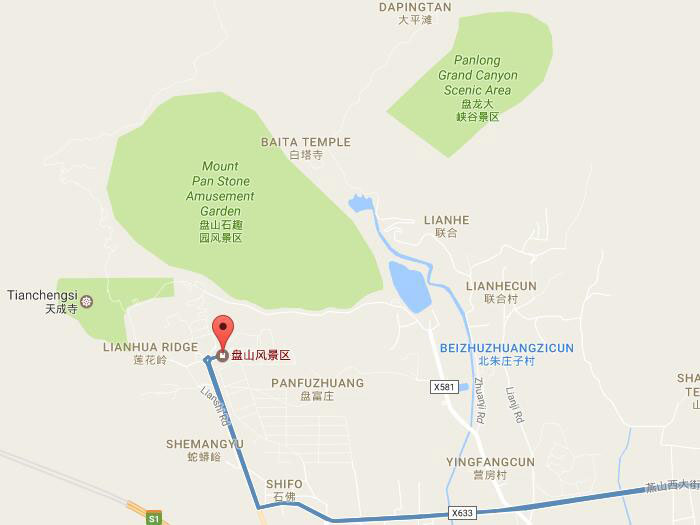 
Located 12 km northwest of Ji County, which is about 100 km north of Tianjin, Mt. Panshan is covered with lavish plantations and has a rich historical heritage. Recently, Mt. Panshan has become the great escape for the city dwellers of Beijing and Tianjin. Panshan Mountain boasts its unique hills, forests, springs, and rocks. There are three bends: Upper Bend, Middle Bend, and Lower Bend. The upper is known for its pines; the middle for its rocks; and the lower for its springs.

The natural scenery of Mt. Panshan is covered in rocks, streams, pine trees and vast greenness. Green slopes are famed for their jade pines and rock formations shaped into fantastic shapes by centuries of wind and water. More than 320 kinds of trees and shrubs have been found in the vicinity, these trees make the mountain a natural botanical garden. The Mt. Panshan itself has many sheer and attractive precipices and grotesquely shaped rocks and boulders. The mountain consists of five peaks. Its main peak Moon Hanging Peak (Guayue feng), although only 864-meters above sea level, rises sharply. It is claimed that the peak of the mountain commands a view of the Great Wall on the west and Mount Tai on the east. This highest peak also has, situated on its summit, the Dingguang Stupa that is alleged to contain a tooth of Buddha.

Just like other famous mountains in China, the quiet Mt. Panshan is also inhabited by monks. They have been through their fair share of historical troubles and strife: in World War II the Japanese came through this area successfully burning its 70 temples. Today 72 temples of all sizes and Buddhism schools can be found here, both restored and new. The temples still boast many rich cultural relics.

A lot of the climb involves pushing your way past other tourists as you pass many recently man-made temples and pavilions. The higher you climb, the more natural it becomes and the better your experience becomes. The views from the higher points of the mountain are the highlights.

【Religion】
Religion culture is an important part of Panshan Mountain. Historically speaking, Buddhism and Taoism winded alternately in the development. And they competed with each other for hegemony. In Eastern Han Dynasty, Buddhism began to spread in Jixian County. The first Buddhist temple - Xianglin Temple was built at the foot of Yushan Hill by the eastern side of Mt Panshan. In the Tang Dynasty, the temples was continuously built in this place, including Yunzhao Temple, Wansong Temple, Tiancheng Temple, Tianxiang Temple, Qianxiang Temple, Ganhua Temple, etc. when it comes to Ming and Qing dynasty, the number of temples in this area had reached to 72.

【Culture】
Due to the wonders of the mountain, it attracted many emperors of different dynasties for excursions, including Emperor Taizhong in Tang Dynasty, Emperor Taizong in Liao Dynasty, Emperor Kangxi and Qianlong in Qing Dynasty. They came here for vocation and burned incense to pray for peace of the country. They also left many great poems here.

【Chinese name】: 盘山
【How to get there】: Daily train service connects Tianjin to Panshan via Jixian County. Get off at Jing Court where you can catch a tourist bus to the mountain. The train runs from 7:30 am to 7:00 pm.