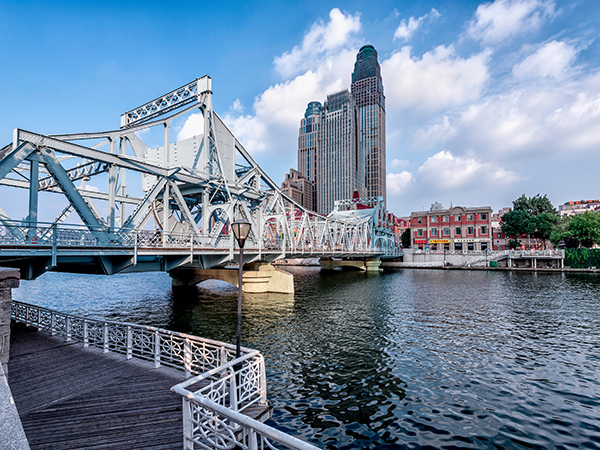 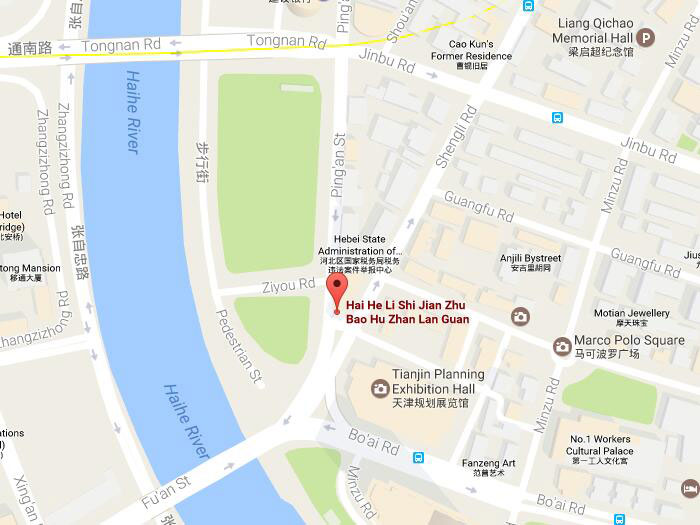 Around the middle of Dazhigu Road, Hedong District, Tianjin.

The most beautiful night scene in Tianjin.


Haihe River, formed by five large rivers-the North Canal, the Yongding, the Daqing, the Ziya and the South Canal, is the largest water system of north China. Haihe basin covers an area over 0.267 million square km, cross Hebei Province, Beijing, Tianjin and Shangdong Province, with a total length up to 1, 050 km. Haihe River is regarded as the 'mother river' of Tianjin, for it is a great contributor to the improvement of Tianjin, and ties closely to the lives of Tianjin people living there for generations.

Haihe River is a crucial river in North China formed by the convergence of five rivers in Tianjin, the Southern Canal, Ziya River, Daqing River, Yongding River, and the Northern Canal. The southern and northern canals are parts of the Grand Canal. The Northern Canal joins with the Bai He (or Chaobai River) at Tongzhou. The Southern Canal is joined by the Wei River at Linqing. At Tianjin, through the Grand Canal, the Hai connects with the Yellow and Yangtze rivers.

Historically, the Haihe River was open to navigation 1,800 years ago, and gradually became a junction for navigation in the Sui Dynasty (581-618). The construction of the Grand Canal greatly altered the rivers of the Hai He basin. Previously, the Wei, Ziya Yongding and Bai Rivers flowed separately to the sea. The Grand Canal cut through the lower reaches of these rivers and fused them into one outlet to the sea, in the form of the current Hai He. Through centuries of development, it became a trading center gathering a great influx of businessmen from around the nation. Today the former shipping center is a place for relaxation.

What to See along the River

People visiting the Haihe River today appreciate its scenic beauty as well as its historical and cultural atmosphere. Regions along the river present beautiful views starting from Daguangming Bridge (one of the bridges over the Haihe River) to Sanchakou (a fork in the river). Countless attractions along the banks make the river a popular holiday destination.

【Haihe Cultural Square】
Throughout the construction of the Cultural Square, the domestic high-tech lighting is underutilized. Colorful lighting design highlights the high-tech charm. The lamps of it have multiple levels from top to bottom. Ten pole lamps on the upper platform stand featured. The high-tech lighting, the causeway pavement and the wooden floor make the square a shining pearl of the Haihe River bank. One has to go here during the night to get a feel of the color and the sights. It becomes a totally different place when the lights come on.

【Haihe Park】
Among all the views of the river, Haihe Park is the most attractive. Like a jade belt attached to the river banks, Haihe Park is an ideal place for amusement and rest. Verdant trees, green lawns, beautiful blossoms, long corridors under ivy-laced frames, sculptures, and fountains decorate the park. Two groups of bronze sculptures are particularly noticeable. Local people like to spend their leisure time strolling along the river. Visitors can get a general knowledge of Tianjin from the locals.