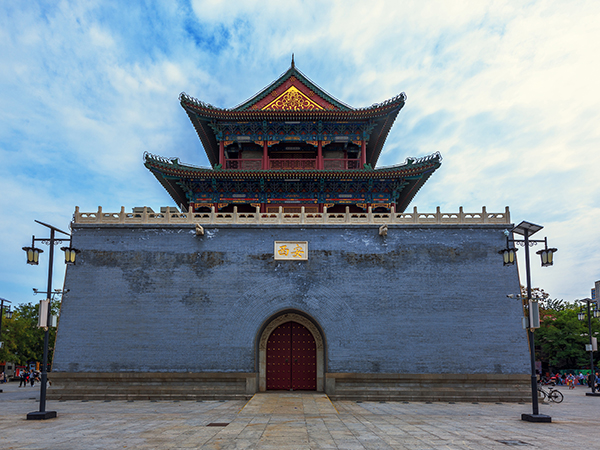 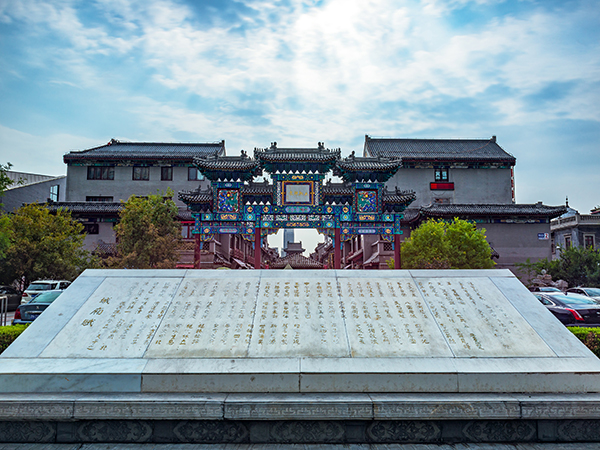 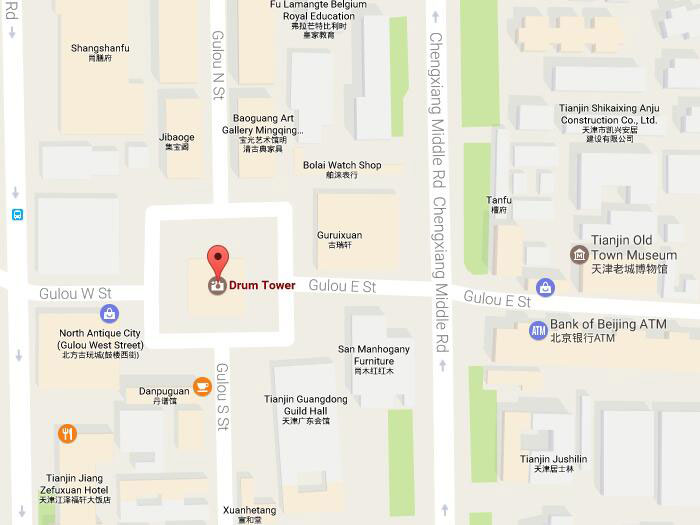 
Tianjin Drum Tower was originally built during Ming Dynasty. Although it was called Drum Tower, it was actually a Bell Tower. Tianjin Drum Tower is now in the center of the city, expanding to four directs, so claiming that "Drum Tower" is the birthplace of Tianjin.

This tower is three-storey. The foundation layer is a square table built with bricks, wide at the top and narrow at the bottom. This tower has four arched gates, access to four streets around. The first layer is dedicated to Guanyin. There is an iron bell of three-hundred pounds of weight hanging on the second floor. The bell has a diameter of 1.4 meters and a height of 2.3 meters. It weighs about 1500 kg, known as "bell king." The building of tower is covering an area of about 200,000 square meters. Centers on Drum Tower, the street can be divided into four mainly streets such as East Street (Boutique Street), North Street (Antique Street), South Street (Tianjin Flavor Street), and so on. It is an ideal place for shopping. The tower is also home to varying exhibitions.

The street around the Drum Tower is quite bustling. The entire layout is divided into three parts: North Street features Antique Art Market; East Street is famous for its boutique shopping street while South Street is noted for Flavor Street with traditional folk culture of Tianjin, taking business and restaurants as the principal things. The South Street is a commercial and catering oriental city that never sleeps.

The tower was originally built in the Ming Dynasty, but was destroyed during the culture revolution. After the culture revolution, the new Tianjin government rebuilt the Drum Tower to show respect to the Chinese culture and history. The Drum Tower was rebuilt in 2001 and now actually houses a bell and not drums. The new Tianjin Drum-tower is located in the center of Laochengxiang in Tianjin. The 27 meters high grand tower is elegantly built.

A visit to Tianjin would just not be complete without a stroll around Drum Tower. It is a great place for taking pictures, picking up souvenirs, snacks and a chance to talk to some local people. One can live within a five minute walk and often find himself there; even if it is just to pass through to somewhere else we always take a walk through Drum Tower. Food is cheap, people are friendly.