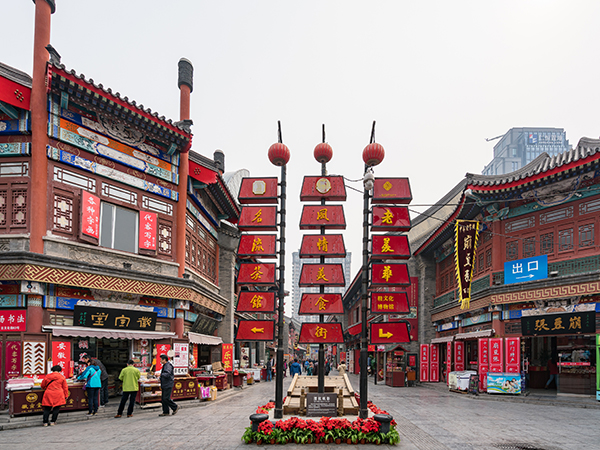 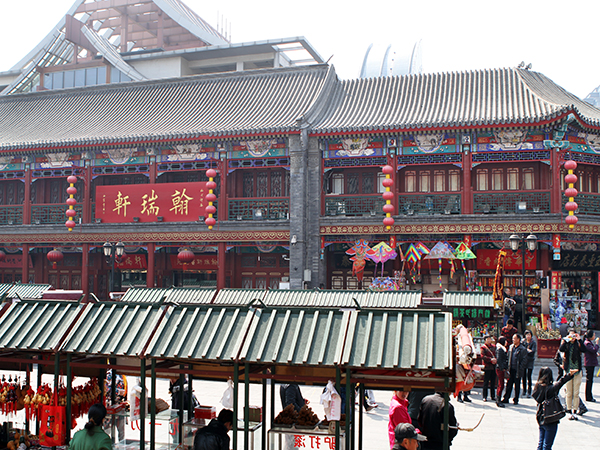 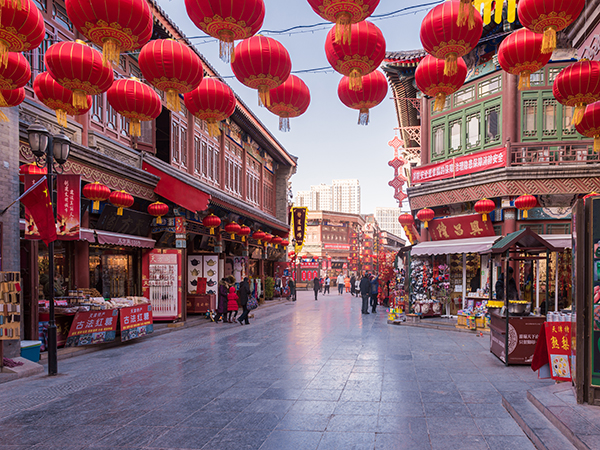 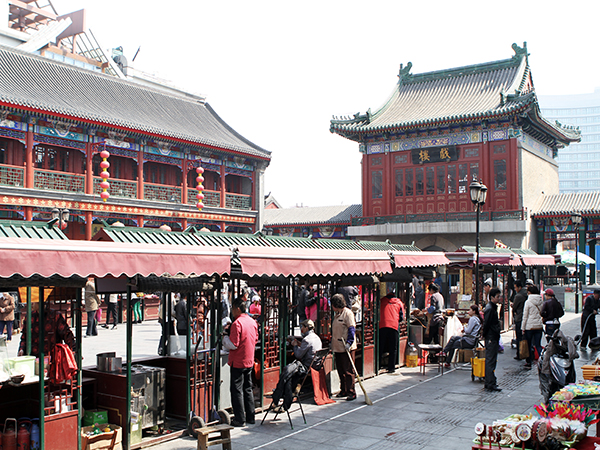 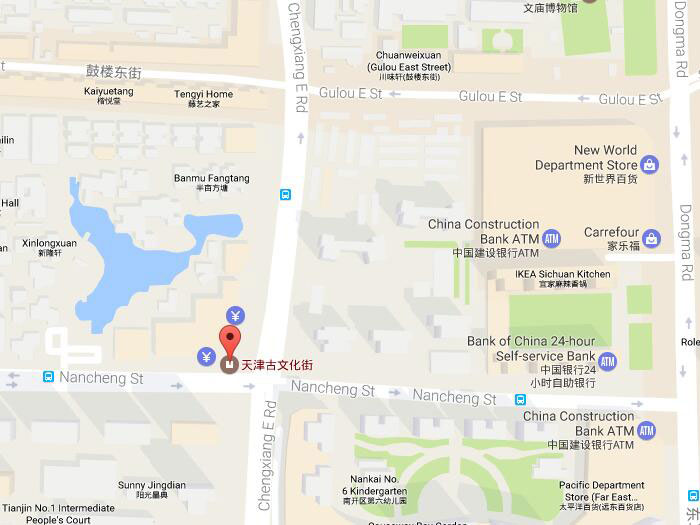 The largest bazaar in Tianjin.


Tianjin Ancient Cultural Street (Chinese name: 古文化街) is a national 5A class touring sight. With 680m in length, its principal street is divided into two parts, i.e., South Palace Street and North Palace Street, centered by the Mazu Temple. It can be traced back to AD 1404. The buildings imitate Ming and Qing Dynasty's style.

Tianjin Ancient Cultural Street begins at Gongbei Avenue in the north, and ends at Gongnan Avenue in the south, being 0.36 miles long and 16 feet wide. Although essentially a business street, Tianjin Ancient Cultural Street attracts tourists who come to see its special architectural styles. Shops on the streets mainly sell four stationery treasures of the Chinese study, i.e. writing brush, ink stick, ink slab and paper, as well as calligraphy and painting brushes of Four Treasures and Spring Church, cultural antiques of Sui Man Chai and cloisonne, double-sided embroidery, jade carvings, art ceramics, Chinese and Western musical instruments and gold and silver jewelry from other dozens of famous artists and craftsmen. All goods are genuine, affordable and with good quality. In addition to the various shops, there are numerous stalls along the street, selling candied gourd, roasted sweat potatoes, pastry, desserts, etc. The most attractive food will be the tea soup made by a big teapot. Not only the taste but also the making process will make you unforgettable.

Above all, as visitors walk along the street, they will be particularly impressed by the splendid replica classical architecture in the folk style of the Qing Dynasty (1644-1911). Visitors will feel like being in past times, surrounding by Chinese traditional culture and customs and returning to a friendly and peaceful life.

【Exquisite architectures】
Ancient Culture Street covers a total area of 2.2 million square meters of ancient buildings scattered high and low, twists and turns. All the buildings here stress practical style. All the houses here is built with green wall and red pillars, decorated with various forms of sliding paper doors, windows, railings, roof wing angles and combined with plaque, couplets, lanterns, banners. There are exquisite carvings and more than 1500 pieces of colorful paint paintings, adding to the classical culture of the street.

【Tianhou Palace】
Tianhou Palace is situated at the middle section of the Ancient Culture Street, Nankai District, paying tribute to the Goddess of the sea. The temple was apparently built in 1326 AD in deference to the heavenly Goddess and in hope of protection for Tianjin's ocean going population. The principal building of the palace is the Main Hall constructed on a high and large pedestal, which is of the typical wooden structure style of the mid and late Ming Dynasty (1368-1644). The architectural complex is one of the three major Tianhou palaces in China, and also one of the oldest extant Tianhou palaces.

► "Antiques" here are generally expensive, but if you are a connoisseur of bargaining, you can still find some good souvenirs at a reasonable price.

► How to get there: A short walk east of the Confucius temple, or a taxi ride from the railway station. The street is situated in the northeastern quarter of Tianjin, beside the Hai River.