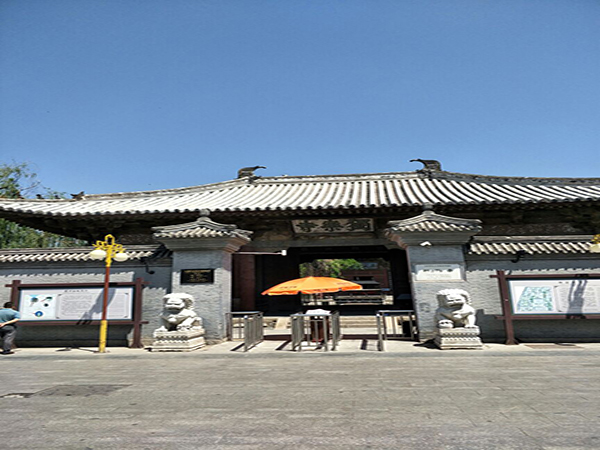 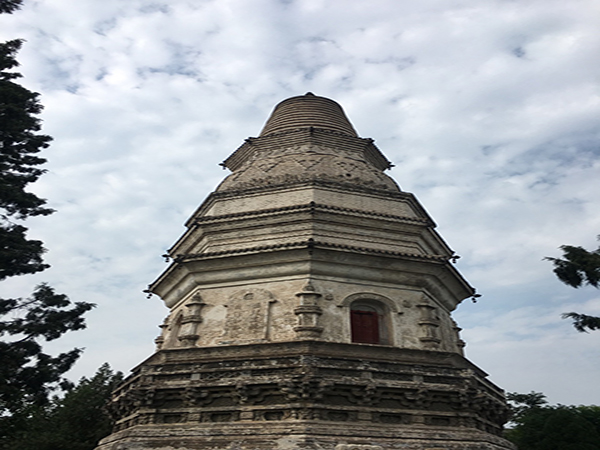 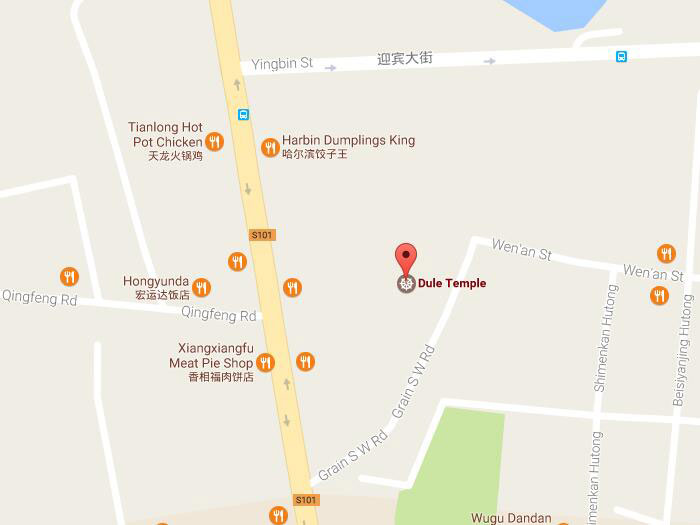 
Dule Temple or the Solitary Joy Temple is established in the early period of the Xuanzong reign in the Tang Dynasty (618-907). An Lushan, the prefecture military governor, gave oath there to rebel against the Tang Dynasty by launching the An Lushan - Shi Siming Rebellion.

The gate of Solitary Joy Temple built on low-lying stairs is 16.57 meters long, 2 bays deep and 8.76 meters wide. Two earthen statues of Fierce-Looking Guards stand as the gatekeepers in both sides of the pylon. The temple gate has a single-eaved palace roof, the earliest roof of its kind extant today in China.

Passing the temple gate through stairs up to the north, there is a three-storeyed pavilion with 5 bays wide, 4 bays deep and 23 meters high. It is the oldest extant pavilion architecture in China. On the pedestal at the center of the pavilion stands a Kwan-yin statue of 16-meter height.

The Kwan-yin Pavilion is centered on the statue and surrounded by two rows of pillars. The roof beams are settled around the statue, and there is an octagonal sunk panel over the head of the statue. The four walls of the pavilion's first floor are all decorated with color frescoes, whose subject matters include 16 standing Arhats, a Buddha with 3 heads and 6 arms, the Ming King with 4 arms, sceneries and folk customs, which are all masterpieces done by famous painters in the Yuan and Ming Dynasties (1271-1644). Dule Temple was reconstructed and repainted during the Wanli reign of the Ming Dynasty (1368-1644), the reigns of emperors Shunzhi, Qianlong and Guangxu of the Qing Dynasty (1644-1911).

Solitary Joy Temple is the representative work of ancient Chinese wooden architecture, and its superb architectural techniques made it endure many intense earthquakes but still stand there intact. Solitary Joy Temple underwent several repairs after the founding of new China and is relatively well preserved now, providing good materials for research into ancient architecture.