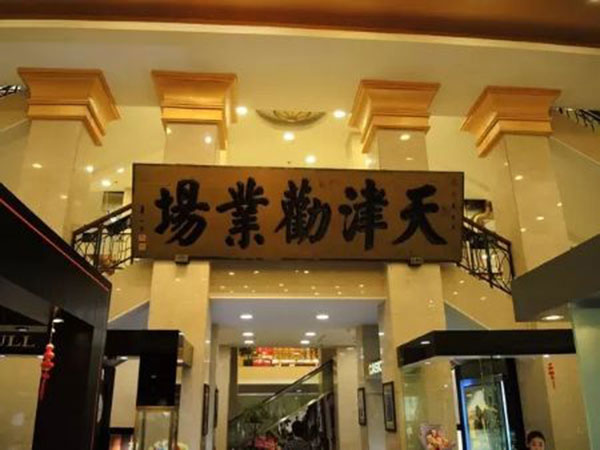 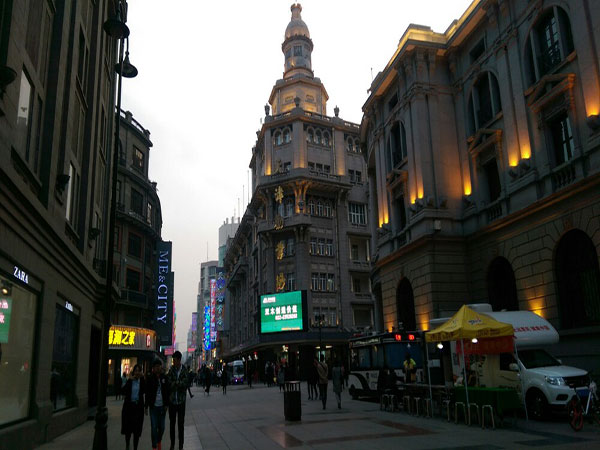 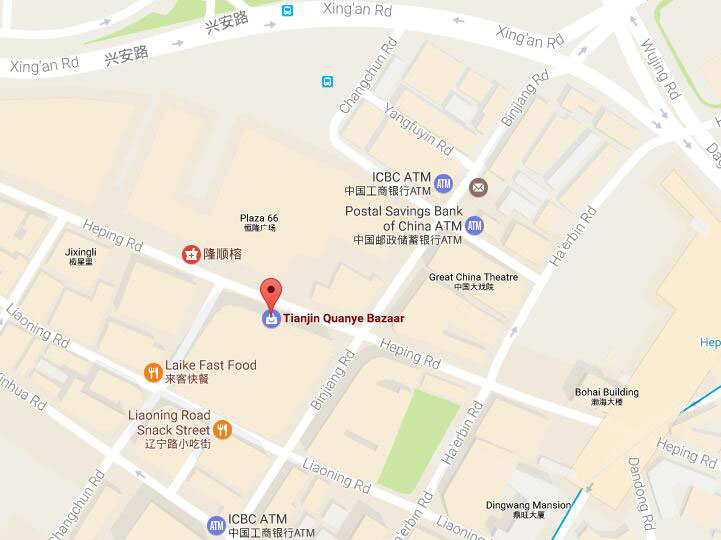 
Quangyechang Building (Chinese name: 劝业场) located in the central business area of Heping District, Tianjin. built in 1928, it is one of the first oldest comprehensive shopping malls in China.

The bazaar itself is an architectural wonder which was designed by a French architect Muller. Quanyechang Building is a 7-storey building with 33 meters high. A tower is built on the seventh floor and it is composed of two-layer each hexagonal pedestal, round tower body and dome roof. This building covers an area of 24,000 square meters, of which 17,300 square meters is used for business area. It used to be the largest shopping mall in Tianjin during the old China era. Now, it is a large center mall with a set of commercial and entertainment facilities is a symbol of business in Tianjin. Quanyechang Business Center is now one of the three major retail department stores in Tianjin city, but also the famous top ten shopping malls in this country. It operates up to 30,000 kinds of varieties of goods, commodities channels throughout the country and is known for s mall commodity.

Featured places for you to explore include Tianhuajing Theater, Tiangong Cinema, Tianlu Teahouse, Tianwaitian Night Garden, etc. Besides, there are also facilities titled with Tian which are specializing table tennis, bowling and a tower which enshrines a golden Buddha statue.

Quanyechang Building was started to build in 1926 near the French Concession and when the project was completed in 1928, it was the largest and most-functional shopping center in north China. Since its opening, it had been developed fast and became the busiest place in Tianjin. The sixth and seventh floors were added in 1931 as entertainment area for theater and teahouses. From 1931 to 1939, this period was a period of great prosperity for Quanyecheng. But at the end of 1930s, China was facing with troubles at home and aggression from abroad. The economic went through depression; people's purchasing power had fallen sharply, which make the store inside personnel scarce.

After new China was founded, Quanyechang was reconstructed as the largest mall with a set of shopping and entertainment. The Quanye means encourage the industry to for the prosperity of the country.