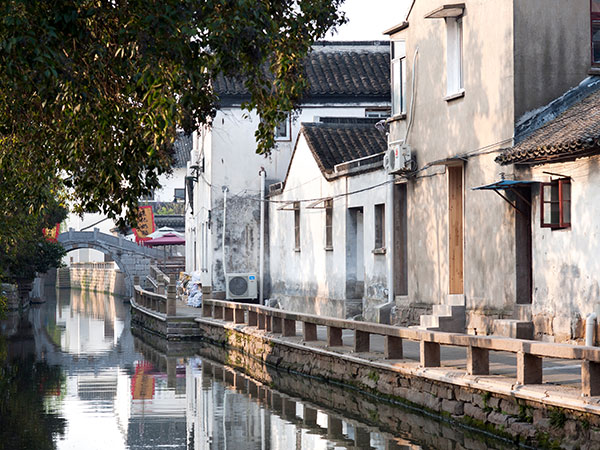 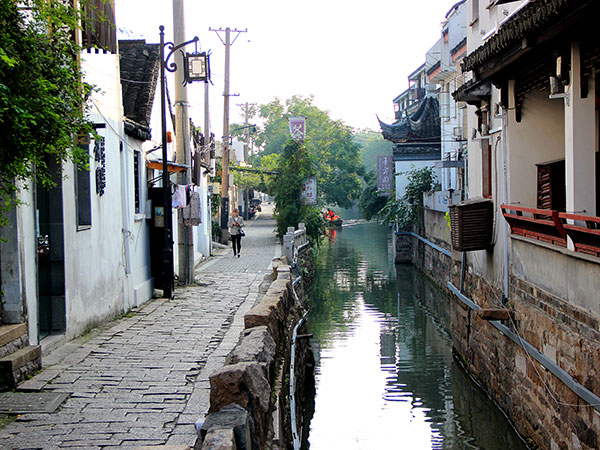 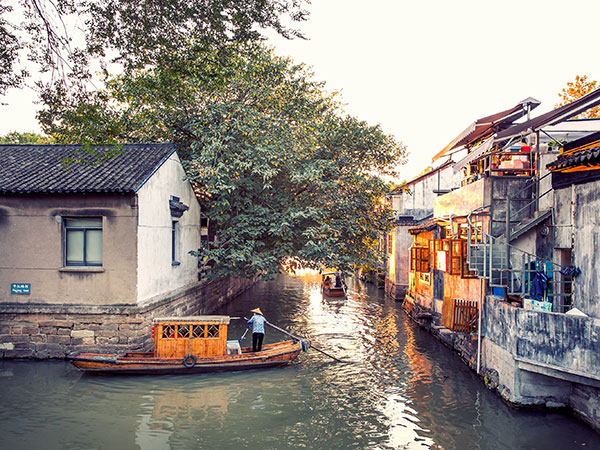 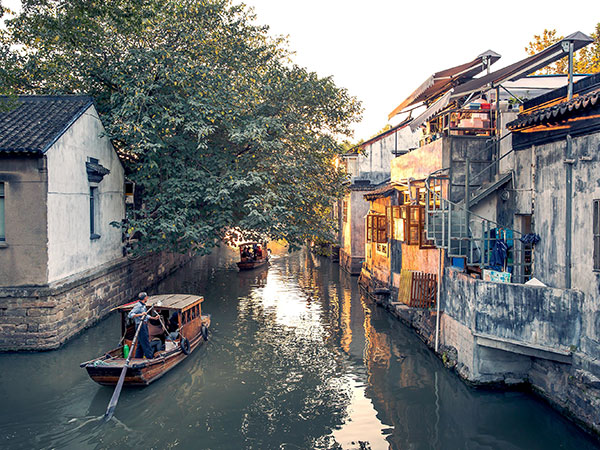 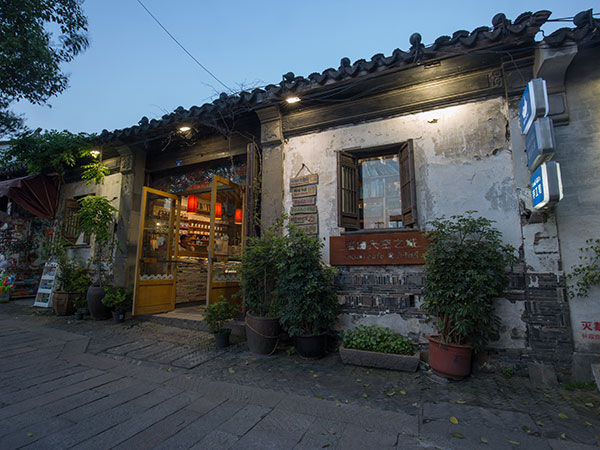 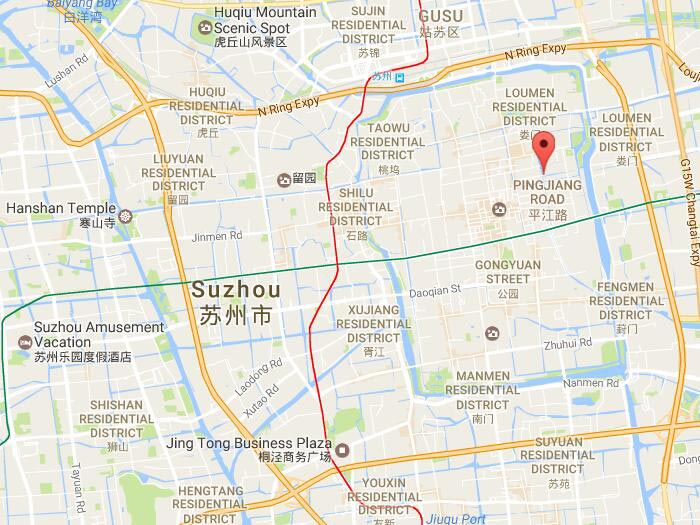 Pingjiang Road is a stone route with a river flowing along it. Bridges across the river, houses with white walls and black roofs built along the stone road, locals especially the old walking leisurely, the scene here shows a traditional Suzhou local life. As well, it is a traditional Chinese painting scene for tourists to appreciate. Because of its ancient style, Pingjiang Road becomes the symbol of Suzhou ancient city. Only a street distance away to the Guanqian Pedestrian Street, Pingjiang Road is a quite place for people to get rid of the noisy city.
The street, busy with vehicular and pedestrian traffic despite its narrowness, received an honourable mention from UNESCO in 2005 when it took the Asia Pacific Heritage Award for Culture Heritage Conservation.

When you walk in the Pingjiang historical block, the road was still the old paved roads; the river was still green and clear and the residence was still as quiet as before. Waling on the Pingjiang road, you can see all the scenery was as beautiful as a painting. The black tiles have the traces of white wall when it rains, just like a Chinese ink. In these old residences, there was a gallery managed by a Frenchman or a reading corner managed by an Irish or a residential hostel or a hotel for backpacker. However, there were also some special shops for the natives in Suzhou, like carved jade or teahouse of different theme. The people walking on the road or sitting at the windows can not distinguish they were enjoying the painting or in the painting.


What to See in Pingjiang Road

【Cake Bridge】
There is a bridge situated along Pingjiang called the “Cake Bridge” which was named after a man who used to bring cake for his mother every day. One day, however, he couldn’t work and therefore couldn’t buy the cake for his mother. He was then forced to make a “cake” from snow. This story, as weird as it sounded, was true and showed how much this man loved his mother.
【Museum for Kunqu Opera】
The museum for the Kunqu opera is also located there. In it there is an assembled stage for Kunqu performances in the late Qing Dynasty – an important item for exhibition in the China Kunqu Museum. History shows it used to be assembled for performances to wealthy families with the musicians sitting on three sides of the stage.
【Former Residences of Famous Figure】

There were many former residence of famous people, for example, the former residence of a bookworm whose name was Huang Pilie in the Xuanqiao Lane, it was said that the residence was his little library. In the same lane, the former residence of Hongjun was also there. Hongjun was a “Zhuangyuan” (the one who came first in the highest imperial examination) in Qing Dynasty; he lived here with Sai Jinhua. Besides, you can also see the former residence of the famous doctor Qian Boxuan and the Garden of historian Gu Jigang. However, these old residence were changed into residential area. Although the main hall of the residence and the carve patterns on the woodwork still keep their original appearance, the high wall can not segregate the life of town. Now you can only find the remains of history in the window bar or in the purl or even on the rock. Perhaps, the most meaningful memory of Suzhou was embodied in the life of local residents and the culture of old residences.

How to Get to Pingjiang Road