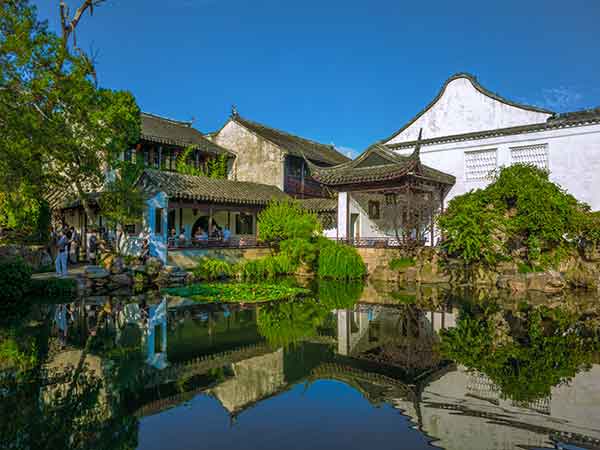 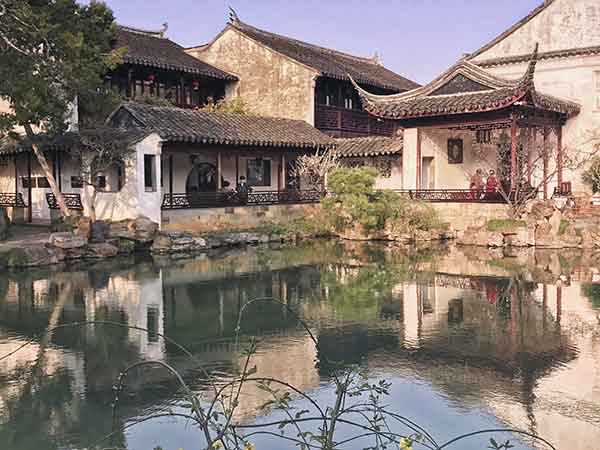 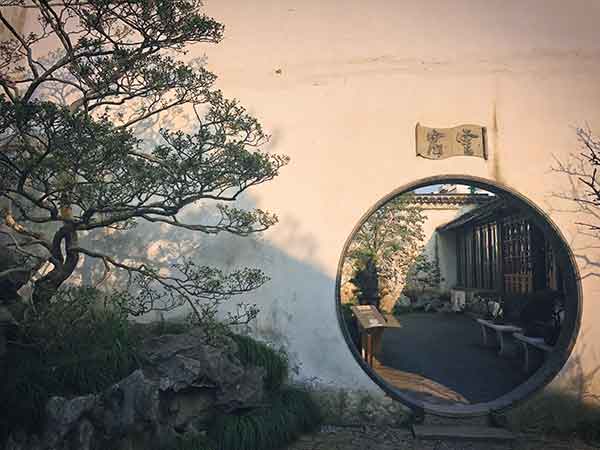 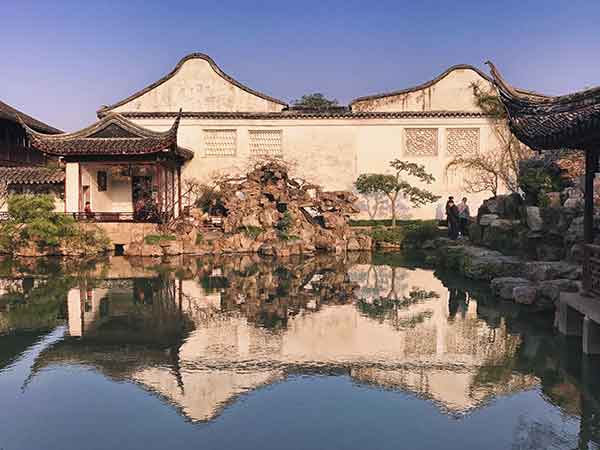 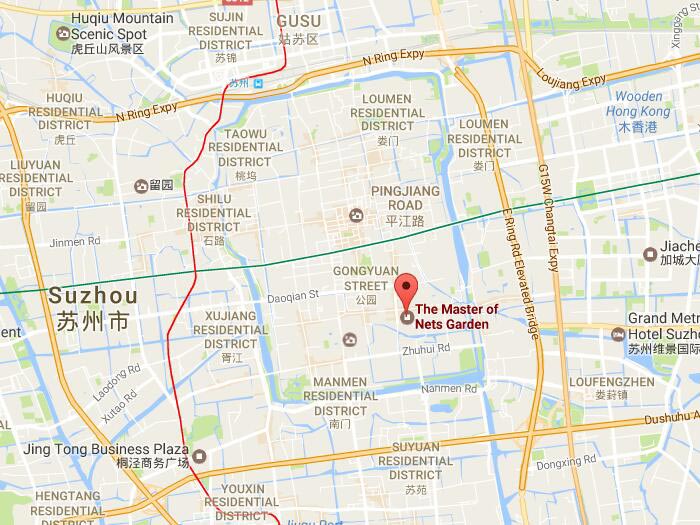 Located in Kuojiatou Alley, Daichengqiao Road, Canglang District, Suzhou City in China, Master of Nets Garden is a representative work of Chinese classical garden. With a total area of 0.54 hectares, Master of Nets Garden is the smallest garden in Suzhou - half the size of the Canglang Pavilion and one-tenth the size of the Humble Administrator's Garden. It is a typical Suzhou residential garden, recognized with other classical Suzhou gardens as a UNESCO World Heritage Site. The garden demonstrates Chinese garden designers' adept skills for synthesizing art, nature, and architecture to create unique metaphysical masterpieces.

The outstanding feature of this small but elegant garden is that it combines living quarters with the landscape garden. The physical center is a pond surrounded by roofed walkwaves and pavilions, and decorated with trees, flowers and rockery. In short, there're scenes beyond scenes, and gardens within the garden. Buildings are perfectly well-spaced instead of being crammed. A small area of water and rockery is made to seem large.

Based on illusion, the garden is full of change, achieving a unity of part and whole. The Master of Nets Garden serves to illustrate how the few surpasses the many.

Quite different from that at broad daylight, the classical Chinese garden setting provides an atmosphere of peace and clam in the evening. It is relaxing and entertaining to tour the garden with the melodious notes of Chinese music. From mid March to mid November, cultural performances, including local operas, folk songs, folk dance, and Chinese music, will be held every evening in the exquisite pavilions and halls of the Master of Nets Garden, the biggest stage, most realistic backdrop and ideal viewing place in which the landscape garden and performing art are inextricably mixed. One is unable to tell whether he is in the garden enjoying ht e performing art or vice versa. Indeed, it is the most wonderful artistic conception.

Originally known as the Fisherman Retreat, it was laid out in 1140 under the Southern Song Dynasty (960-1279) by Shi Zhengzhi, the Deputy Civil Service Minister of the Southern Song Dynasty government. After his death, the garden passed through numerous ownership and subsequently fell into disarray until around 1785 when it was restored by Song Zongyuan, a retired government official of the Qing Dynasty. After Song Zongyuan repaired the garden, it was renamed the Master of Nets Garden (Wangshi Garden). It was said that the official announced that he had had enough of bureaucracy and would rather be a fish man. Hence came its name, as an allusion to the simple life of a fisherman.

Qianlong period of Qing Dynasty (1795), Taicang businessman Qu Yuancun bought the garden, who was a scholar well-versed in the classics and literature. He added and built more buildings, dance hall, and to the wind Pavilion, arranged hills, planted trees and bamboo, and then into the basic layout is still in use now. "Master" is the old name, the owner surnamed Qu, so it also acquired the nickname of "Qu Yuan" during this period. Ownership passed to Li Hongyi, an imperial official and master calligrapher in 1868. About half of the steles in the garden were inscribed by him.

In 1940, the ownership of the garden went to He Chang, who repaired both the garden and recalled its name back to Master of Nets Garden. He left a will that the garden should be donated to the government. In 1958, his daughter He Ze Hui gave the garden to the Suzhou government.

In 1997 it was inscribed on the World Heritage List by UNESCO. In 2003 it was listed as the National Tourist Attraction of Grade AAAA.

How to Get to Master of Nets Garden