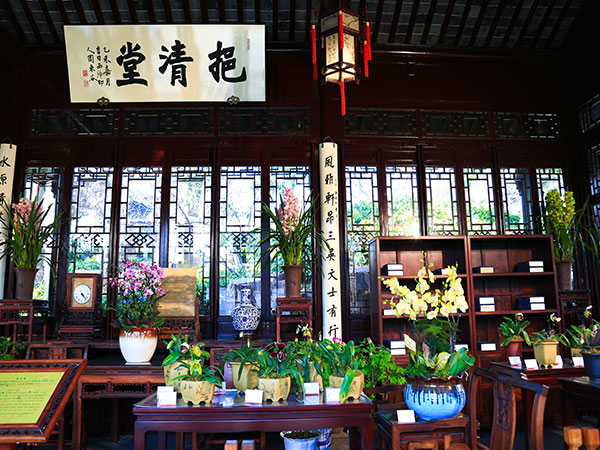 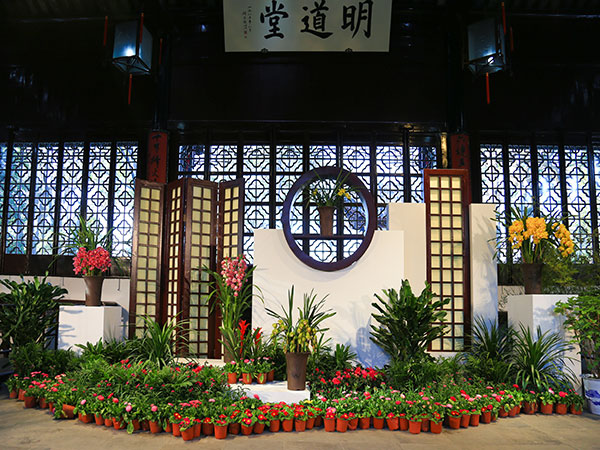 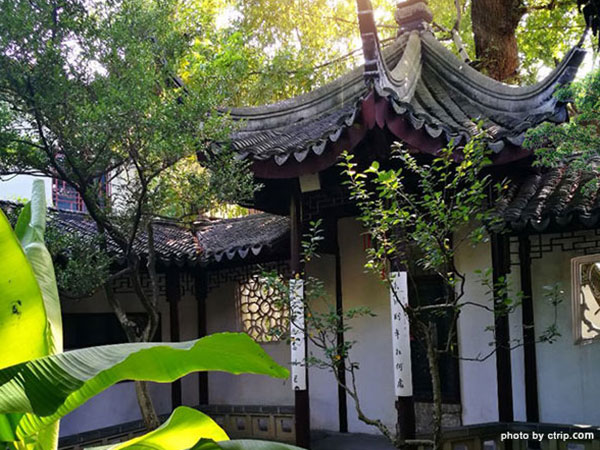 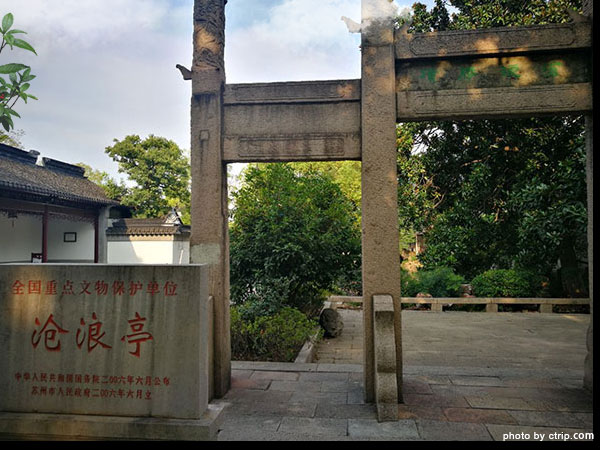 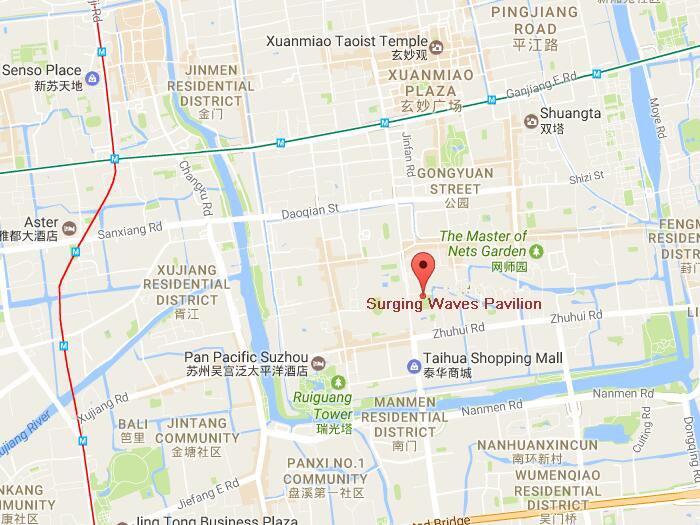 UNESCO World Heritage Site; one of the most famous classic Chinese gardens

Constructed by the prominent Northern Song poet Su Sunqin, the Surging Waves Pavilion (Canglang Garden) is the oldest one among all the existing classical gardens of Suzhou. It is also one of the four most famous gardens in the city - the others being Zhuozhengyuan (Humble Administrator's Garden), the Shizilin (Lion Grove) and Liuyuan (Lingering Garden). It features a range of man-made mountains covered with towering old trees and bamboo, and adorned with simple, plain buildings and latticed windows of great excellence inside the garden, and the broad expanse of crystalline water outside. Compared with other classical gardens of Suzhou, the Surging Waves Pavilion has no equal in terms of urban scenery.

The garden has been rebuilt many times but most of the present garden buildings, simple and plain, are from the Qing Dynasty (1644-1911).

This is the eldest of the Suzhou gardens preserved today. It occupies an area of 1.1 hectares, and was built during the Northern Song's Qingli period (1044 A.D.). The garden was originally the private property of a prince of the Five Dynasties (907-960). During the Northern Song Dynasty (960-1127), the poet Su Shunqin was dismissed from office, and came to Suzhou because he felt that the location of the planned garden had fresh air, quiet environment and natural streams. He spent 40,000 units of old style money to buy the property, and started to build the garden next to the water. He called it the Surging Waves Pavilion. After the death of Su Shunqin, it passed through many owners and went through both splendor and decay several times. In 1696 during Kangxi period of the Qing dynasty, it was restored by Song Luo, the governor of Jiangsu Province. At that time its location was moved into the fields; terraces, corridors and other buildings were constructed. Next to the pond a stone bridge was built forming the entrance. This is the basic foundation of the garden in its present stage. In 1827, ownership passed to governor Tao Zhu and again in 1873 ownership was transferred to the governor Zhang Shusheng. In 1955, the garden was opened to the public.

The garden has been rebuilt many times, but most of the present garden buildings, simple and plain, are from the Qing Dynasty (1644-1911). On Nov. 2000 it was added to the World Heritage List by UNESCO.

Surging Waves Pavilion take the wooded mountains as the main view, surrounding by featured buildings, pavilions, pools and undulating long corridors. In addition to hills and waters, the garden is also famous for buildings with unique latticed windows. With different impressive designs, these windows have extremely high artistic value.

Surging Wave Pavilion, a square pavilion, stands at the top of a hill. Couplets carved on its stone pillars read: "The refreshing breeze and the bright moon are priceless. The nearby water and the distant mountains strike a sentimental note." The Surging Waves Pavilion is situated next to a big pond, and the water streaming from this pond surronds half the garden and departs from the south. Adjacent to the water are winding corridors, rockeries and old trees. This type of layout mixes views from outside and inside the garden.

Enlightened Way Hall, located at the foot of the hills, is the major building of the garden. It was a hall for lectures during the Ming Dynasty (1368-1644). Surrounded by verdant trees, it looks significant, though the structure is of simple architectural style.

Bamboo Forest is another beautiful site in the garden. Bamboo is a traditional plant in classic Chinese gardens. There are more than 20 varieties of different bamboos in the garden.

Yin Xin Stone House, located in the southwest of the garden, is a small rockery cave. Boarding it, you can have a pleasant view of Suzhou City.


How to Get to Surging Waves Pavilion