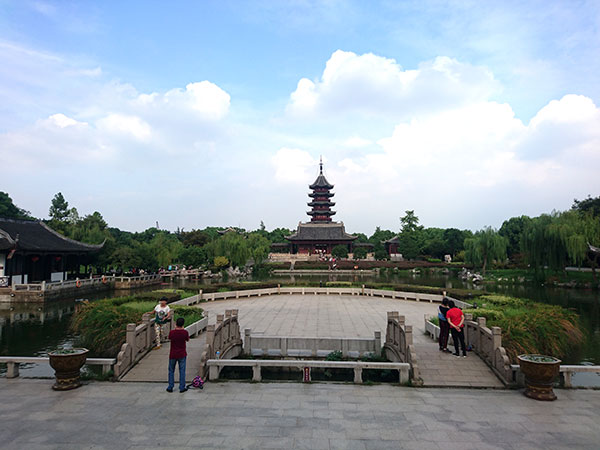 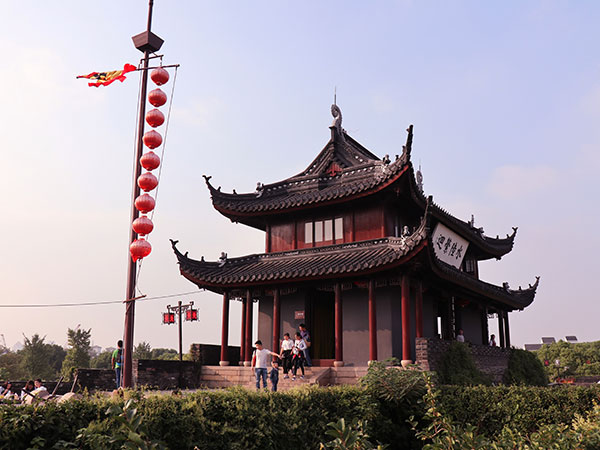 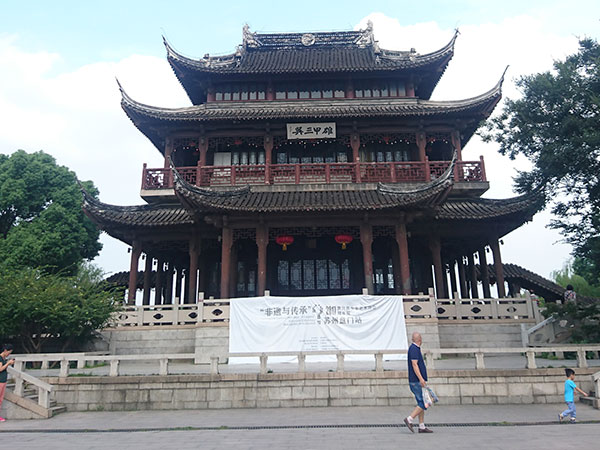 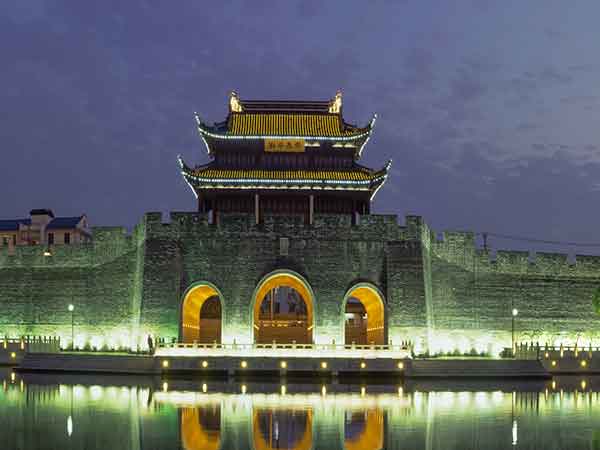 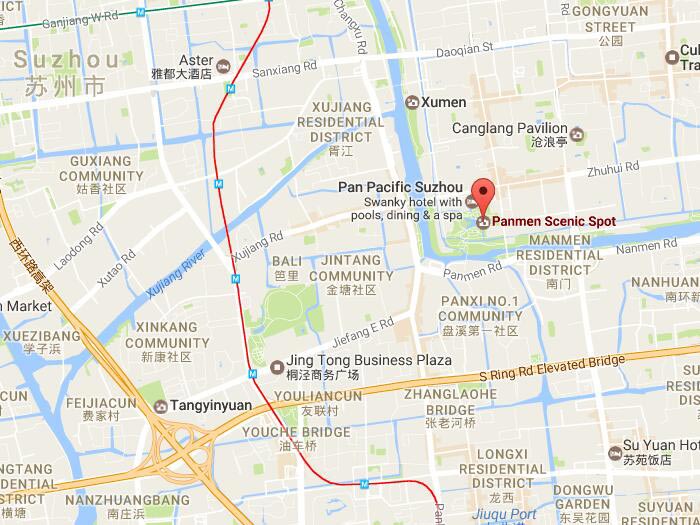 A historical landmark in Suzhou

Panmen Gate is the oldest city gate of Suzhou and the only existing water and land gate in China. The gate is located on the south-west corner of the Main Canal Suzhou. Originally built during the Warring States Period in the state of Wu, historians estimate it to be around 2,500 years old.

It is composed of two water passages, three land passages and the outside gate. The canal outside the gate is the oldest section of the Grand Canal that was also built 2,500 years ago. In its vicinity, there is a 1,000-year-old pagoda named Ruiguang Pagoda, the earliest pagoda in Suzhou; and the Wu Bridge, the entrance to the gate at that time over the water passage and the highest bridge in Suzhou at the time.

What to See in Panmen Gate Park

• Water gate and land gate show the importance of Panmen Gate in Suzhou water-system. The two water gateDuring the ancient time, the clean water in Grand Canal flew through the water gate, and the generals and soldiers entered in Suzhou by riding horses. This glorious picture can still be imaged from this site. adjoining theland gate are the only water pass linking the inside and outside of the southwestern corner of the city.

• The Gate Town in Panmen Gate Scenic Area was rebuilt in 1986. The traditional Chinese architectural style has a magnificent position in the Ancient battle field. Equipped with all kinds of facilities needed in ancient defensive battles, such as shooting holes, sluice gateways and lookout towers, the city gate seems to have brought the ancient city of Suzhou back to us.

• Wumen Gate Bridge is splendid so that people would like to call it as a rainbow hung in the sky. This site is situated beside the Panmen Gate with fame as the longest stone one-arched bridge in Suzhou. Standing on this bridge, people can savor the beautiful pictures of the Panmen Gate and the Auspicious Light Pagoda. In the river, there is a prosperous sight of boats sailing competitively in the Great Canal.

How to get to Panmen Gate