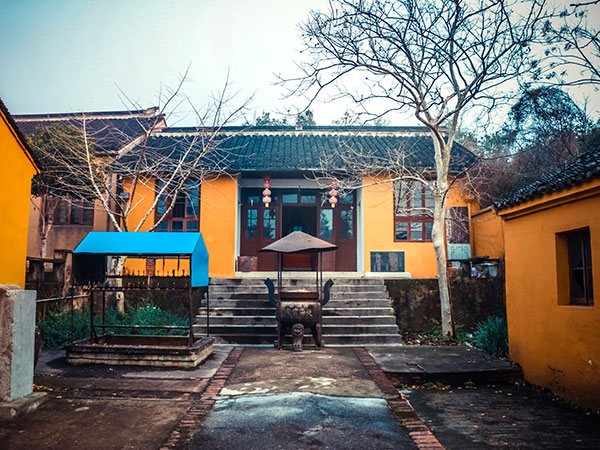 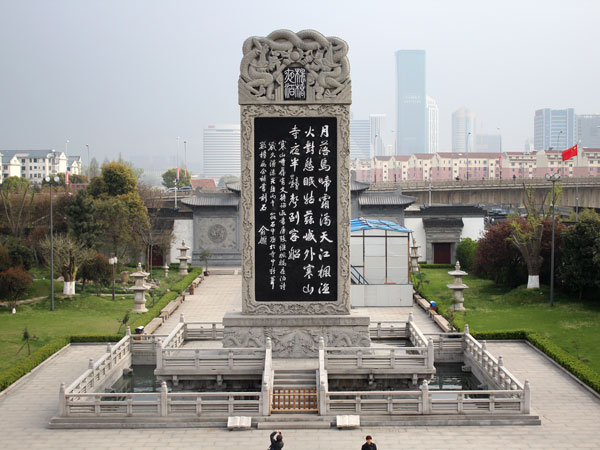 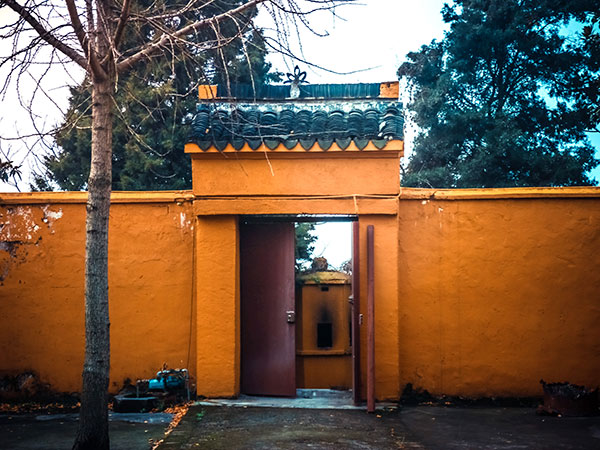 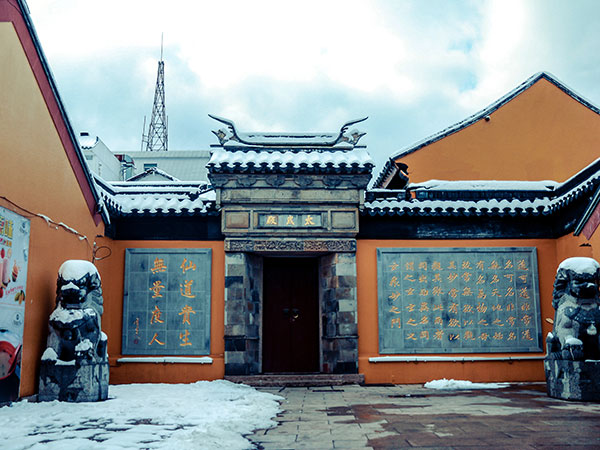 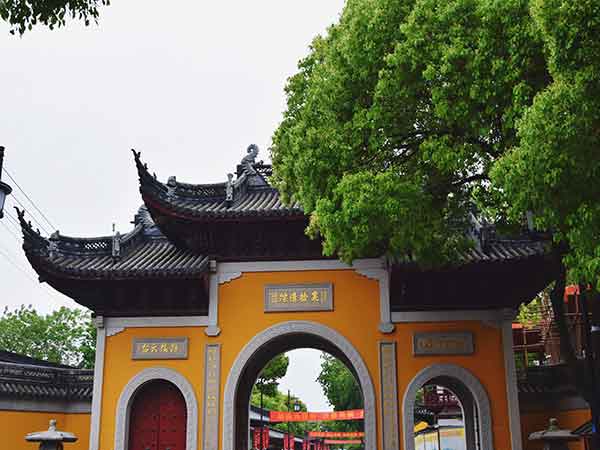 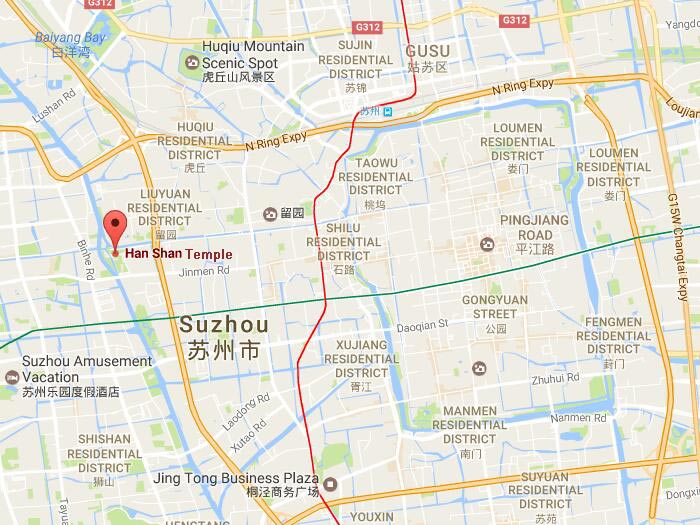 A thousand-year-old temple in China

Hanshan Temple (Hanshan si) is located in Maple Bridge Town (Fengqiao) in the west outskirts of Suzhou, and used to be one of the ten most famous temples in China. Hanshan Temple is also named the Temple of Cold Mountain, located in the urban area of Suzhou City, and was constructed staring from 502, because of two famous senior monks. Hanshan Temple has been rebuilt for many times, and the last reconstruction is in the second half of the 19th century. With a history of over one thousand years, it has collected valuable cultural relics: buildings of the Qing Dynasty style, bell tower, stone carving, and tablet inscription. The most famous tablet inscription was carved with a popular poem wrote by ZHang Ji.

Hanshan Temple became well known after the Tang poet Zhang Ji wrote a famous poem when he passed by the temple on a small boat. Two lines of the poem reads, 'outside the Suzhou City wall, I heard the sound of Hanshan Temple bell onboard the boat and felt its midnight spell'. The poem describes the melancholy scene of a dejected traveller, moored at night at Fengqiao, hearing the bells of Hanshan Temple. The poem is still popularly read in China, Japan and Korea. And it is part of the primary school curriculum in both China and Japan.

As a great cultural landmark in Suzhou, it not only has great influence on festival activities and local people's believings, but also attracts millions of tourists and visitors to worship. On 31 December every year, Hanshan Temple holds the event of Striking the New Year's Bell, during which the superior of the temple strike the bell 108 beats and visitors can enjoy themselves at various celebrations.

How to get to Hanshan Temple