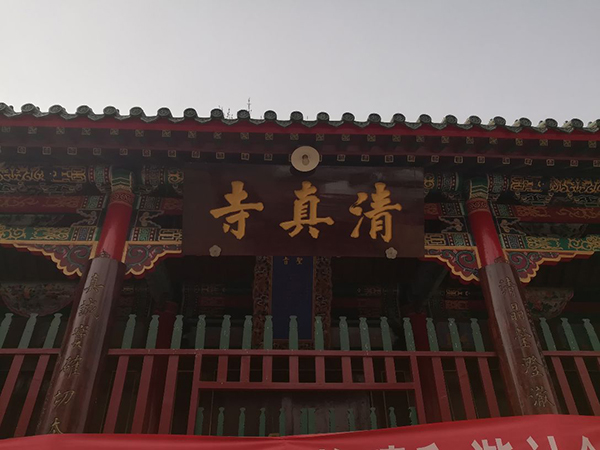 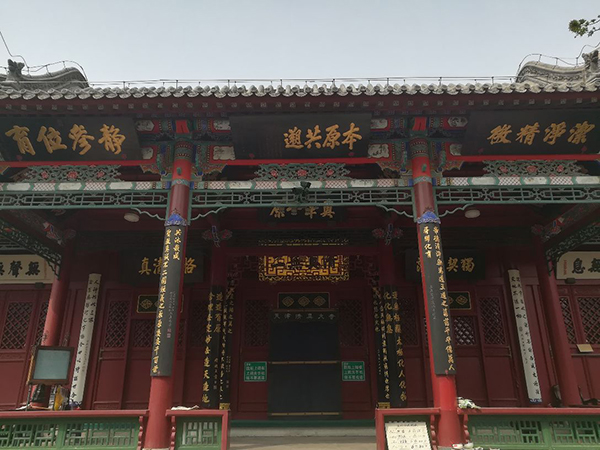 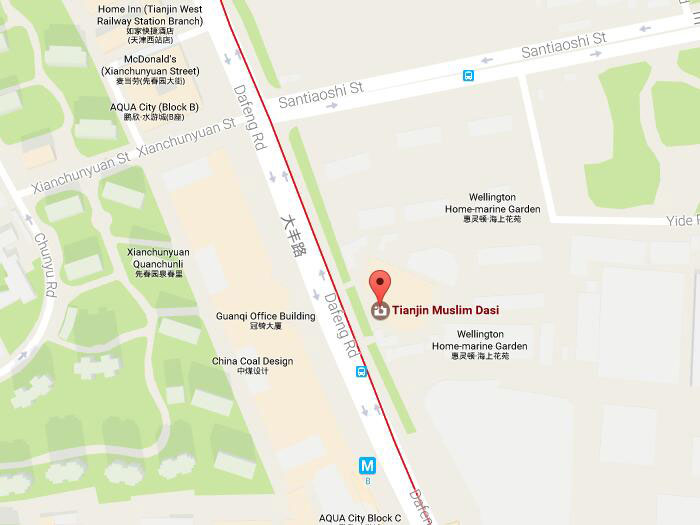 
Located in Xiaohuo Ln, Dafeng Rd, Hongqiao District, Tianjin Grand Mosque (Chinese name: 清真大寺) is close to the Ancient Cultural Street and Xibeijue Metro Station. Construction of the compound began in 1644 during the Qing Dynasty in wood. The mosque is still in use by the Tianjin Muslim community. Access for tourists to the interior is limited.

The mosque is composed of four major structures, the praying hall, the front hall, the screen wall and the preaching hall. All the buildings are luxuriously decorated with colored paintings, banisters and Koran scripture carvings. In addition, there are still a total of 61 horizontal plaques and couplets with both Arabic inscriptions and Chinese.

In addition, the mosque has collected a couple of precious cultural relics, including two pocket of the Koran. On the arch over a gateway, there also holds carved brick works of Hui nationality by famous artist, which depict some famous attractions in Tianjin. 31 block Chinese plaques in the Qing dynasty, 8 couplets are hung in the mosque. What’s more, there are also collections of more than 100 Islamic scriptures works in this place.

In present days, the mosque remains an active role of worship for Muslim community in Tianjin and so entrance to the building can be difficult to obtain. You are free to walk the grounds which are interesting in themselves, little alleys surround this religious stronghold.

【How to get there】: Take the Subway Line 1 and get off at the western end, but will still need a bus or taxi to arrive; or take Bus Line 10 to stop "北辰家乐店" and ask for the side street where the mosque; or best method on your first time is to go with a taxi and show him the address in Chinese: 天津市北辰区京津路, 天穆村清真北

【Diet】: Tianjin Grand Mosque is located in the Muslim Community, there are a lot of halal food for visitors to choose from. Enfade steamed dumpling is a kind of famous halal snack here.