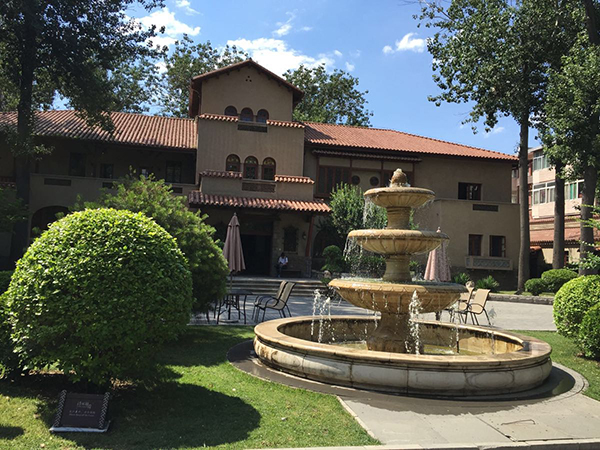 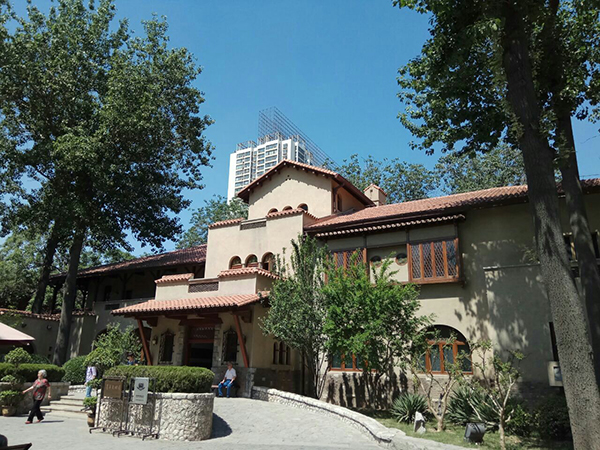 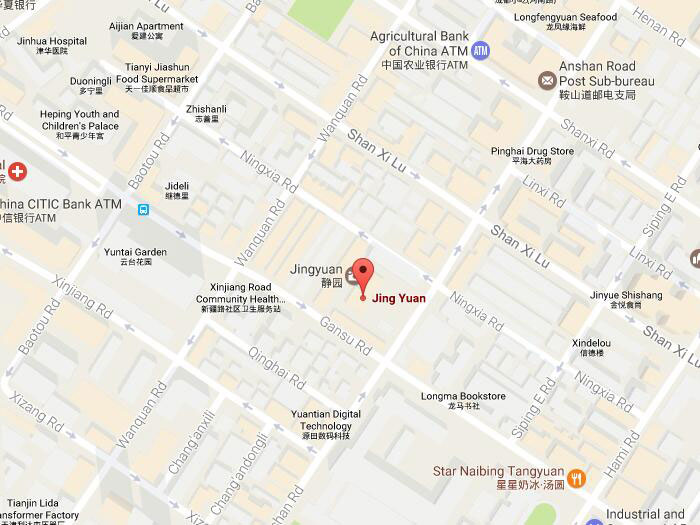 Quiet and leisure garden in Tianjin.


Garden of Serenity (Jingyuan) is the former residence of Puyi, the Last Emperor of China, boasting historic architecture under special protection, as well as Heritage Protection Unit of Tianjin. It is situated at No.70, Anshan Road, Heping District. The garden is well located in the core of the downtown area in Tianjin, adjacent to the historical commercial service zone, and the center of CBD, and convenient in transportation to the whole city. "Jing" means stillness in English and the garden was named by the emperor who tried to strengthen himself with noble spirit by living in a peaceful environment.

Jingyuan Garden with a history of 80 years is a famous residence combining both Chinese and European architecture style. It is now one of the heritage sites under city protection and the important historic architecture under the protection the city of Tianjin.

Jingyuan was built in 1921, adopting the design of 3-layer courtyards seemingly with the moon surrounded with three rights, a Spanish-style brick-wood structure building was constructed within the garden. From 1929 to 1931, the last emperor Puyi,along with Queen Wan Rong and concubine Wenxiu lived here. In July 2007, Jingyuan has been emptied and restored by Tianjin Historical Architecture Restoration and Development Co., Ltd. Jingyuan has been awarded successively of such titles as AAA-class Scenic Spot. The flat on the west was originally a library; we set up here as "Restored Exhibition Hall of Jingyuan"after renovation.

The main building has 21 rooms, which have been restored according to the original functions, boasting rich cultural flavor, as well as elegant texture of the furniture, and featuring the royal style. The main building is a two-storied Spanish architecture. The first floor serves as a living room, a dining room, guest rooms and a kitchen, while the second floor as bedrooms, a library and a chamber. The exterior walls and balconies with projecting brims were used to add more room to the building. In front of the garden will be built a garden, in which enormous poplars, pagoda trees and cloves are planted and some ponds and pavilions are constructed. Besides, a reception office, a kitchen, a garage and a tennis court will be built on the northeast side of the garden.

Pu Yi (7 February 1906–17 October 1967) is short of Aisin-Gioro Puyi, is the last Emperor of China and the twelfth and final ruler of the Qing Dynasty. Still a child, he ruled as the Xuantong Emperor from 1908 until his abdication on 12 February 1912, after the successful Xinhai Revolution. From 1 to 12 July 1917, he was briefly restored to the throne as a nominal emperor by the warlord Zhang Xun. In 1934, he was declared the Kangde Emperor (Wade-Giles: Kang-te Emperor) of the puppet state of Manchukuo by the Empire of Japan, and he ruled until the end of the Second Sino-Japanese War in 1945. After the People's Republic of China was established in 1949, Puyi was imprisoned as a war criminal for ten years, wrote his memoirs, and became a member of the Chinese People's Political Consultative Conference.