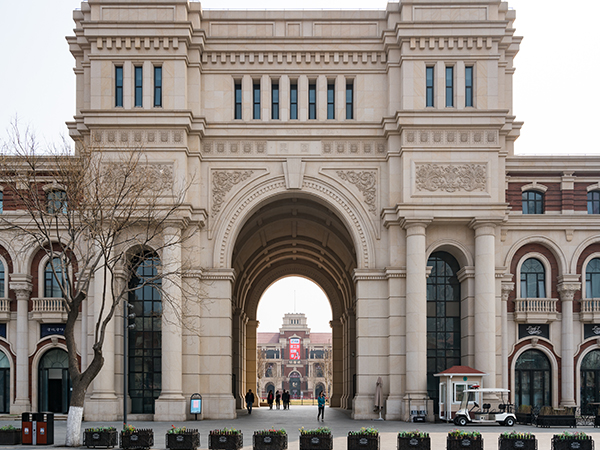 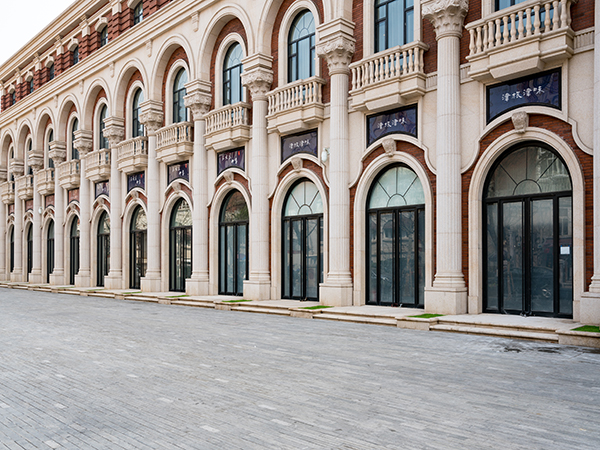 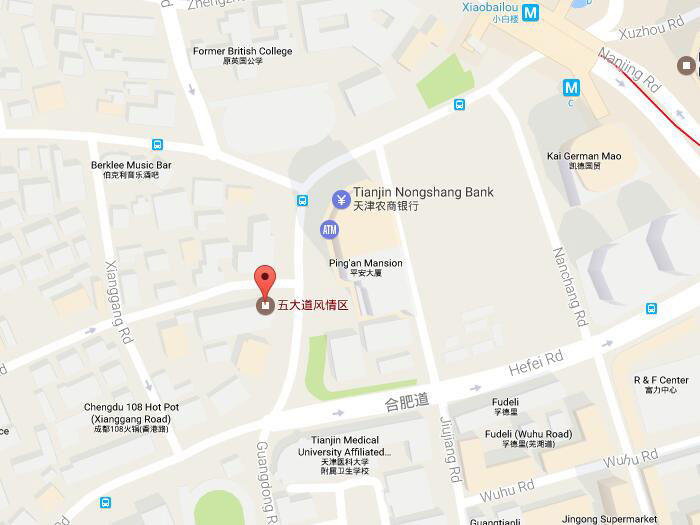 Exhibition of the world's architecture.


Five Great Avenues (called Wu Da Dao in Chinese) a rectangular region located in the south of the downtown, in Heping district, Tianjin. There are five parallel streets from east to west named under five cities of southwest China, namely Chongqing, Changde, Dali, Munan and Machang. And this is how it got its name. The area, which has earned a reputation as a "World Building Exposition", a truly unique cityscape in Tianjin City, together with over 230 buildings of all kinds from the architecture of Britain, France, Italy, Germany and Spain, as well as over 50 houses ever been lived by celebrities and colorful architecture style range from the Renaissance, Greek, Gothic, Romantic, Eclectic, and Carson. Those featured factors constitute a true fun of art in this attraction. While seated in a horse-drawn carriage in Five Great Avenues, it provide a opportunity to see the truly unique cityscape. It has become a destination for visitors, which truly showcases the city's charm and history.

The Five-Avenue Area is a rectangular region in Heping district. It refers to the south of Chengdu Street, east of Xikang Road, north of Machang Street, Nanjing Road and west of Machang Street. There are a total of 22 roads and they stretch for 17 km. except for the European-style architecture in this area, there is also a residential area nearby, with the first small Western-style residential area for foreign people who opened up concessions, whose residence next to the office area, close to Jiefang Road, around the former Italian concession in the east of Marco Polo Plaza. There are local people living here. Visitors can experience the local life there.

In the 20th century, because of the existing circumstance, Tianjin's situation in China had come to be very particular and essential. On one hand, public and politics unrest made concessions a safe place for ousted political figures and business men, on the other hand, Tianjin, had geographically profits for transport and duty-free customs was filled with chances. A variety of dignitaries and wealthy persons lived in Tianjin. Residing in a small Western-style dwelling was more comfortable and hassle-free than a conventional courtyard and the Five Great Avenues was situated in a perfect area of the British concession, therefore people rushed in to construct their houses right here. The community grew to be Tianjin's rich area in those days. Tianjin was unquestionably the first in term of the size of rich region among the affluent places in modern China.

The different European-style architectures include 41 Italian-styled buildings, 89 English-style buildings, 6 French-style buildings, three Spanish-styled ones and4 German-styled ones. In addition, there are 40 apartment buildings, 46 courtyard houses, five Western-styled structures, and three buildings featuring fusions of Western and Chinese styles. There were also more than 200 celebrities also had lived in the area, such as renowned educators Yan Xiu and Zhang Boling, and industrialists Song Peiqing, Li Zhuchen and Zhou Xuexi.

In the Five-Avenue Area alone, two of China's presidents and seven premiers or acting prime ministers resided here from the 1920s to the 1930s.

【Machang Avenue】(Ma Chang Dao)
Machang Avenue is the oldest, the widest and the longest road among Five Great Avenues. No. 121 Building in this place was former residence of the British Overseas Scholar, called Da Wenshi. This is a typical Spanish Villa, being one of the oldest buildings in this are. Along this avenue, there is still Beijiang Museum and School of Business. Beijiang Museum is one of the earliest museums in China. It was built in 1922 with Roman architectural style. Tianjin Institute of Commerce and Industry (now called Tianjin Foreign Studies University) was originally built in 1921. I is of the French Romanesque architectural style.

【Dali Avenue】(Da Li Dao)
No.3 and No.5 Building along Dali Avenue is the former residence of Cai Chengxun. No.3 Building is the main building with the appearance of French Romanesque and the use of Chinese wood carving as inside decoration. The No.5 Building is a Chinese courtyard, decorated sliding paper doors, brick, wood and stone.

How to get there: Take Metro Line 1 at Xiao Bailou Station, it will you to the far eastern end of Machang Avenue, from where you can head west to Chongqing Avenue and into the Wudadao area