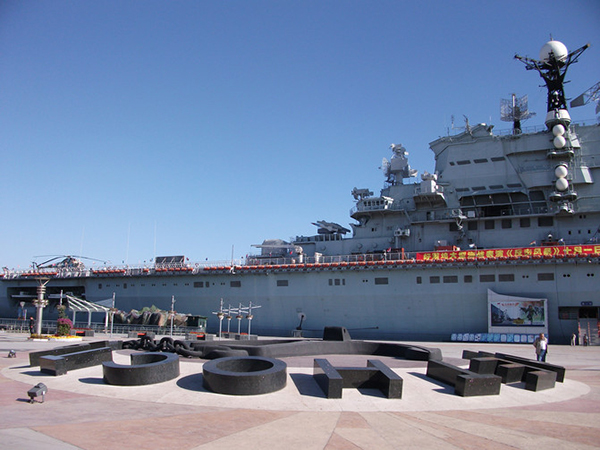 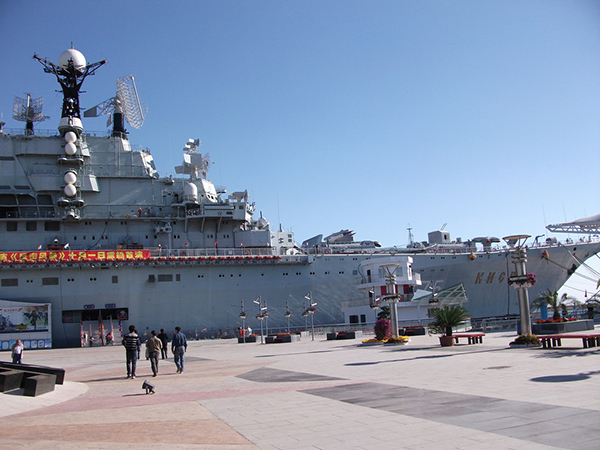 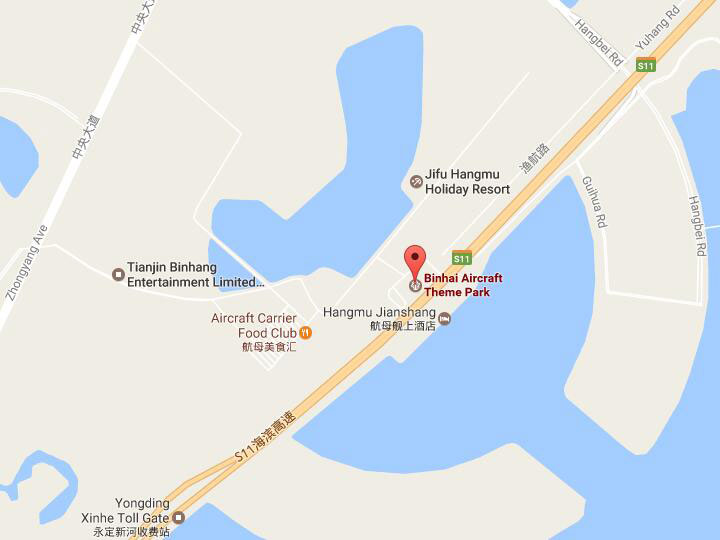 It is located in a small harbor in Binhai New District. Tianjin Binhai Aircraft Carrier Theme Park is a large military theme park constructed around the Kiev Aircraft Carrier with an area of 5.57 square kilometers. It provides an opportunity for visitors to gain military knowledge and learn some fun facts while playing games and having fun here. Visitors can gain a real Navy military and technology experience on Kiev by getting a close look at the command center, intelligence room as well as the science and technology museum of the aircraft carrier, and enjoy the 4D movies in the aircraft carrier's theater. The only western restaurant on an aircraft carrier in the world is also located here. Up the stairs and out onto the outside deck you will see the runway, a good quarter-mile with more fighter planes at either end. These jets are razor-nosed and sleek but are obviously long decommissioned; there’s no menace about them. Gift-stalls (featuring model tanks and guns made from bullet shells) and some snack vendors are also on this deck.

In addition, if you didn't have the chance to visit the Tianjin Pavilion at the Shanghai Expo, you may want to do it here. In 2011, the Tianjin Pavilion, once the set in the Shanghai Expo 2010, was rebuilt in Tianjin Binhai Aircraft Carrier Theme Park to present to the visitors the history, features, and the harmonious development in Tianjin and Tianjin Binhai New Area.

Binhai Aircraft Carrier Theme Park is a remarkable and surprisingly unknown Tianjin attraction. Essentially a decommissioned aircraft-hanger on the coast between TEDA and Hangu, the theme park gives a glimpse of the war-torn strife of recent Chinese history.

Take Jinbin Light Rail to Tanggu Station; then transfer to Bus 133 to the park; if you prefer to take a taxi to get there, You will need to have the name of the theme park in Chinese, either written or remembered.