Famous Landmarks in Xian has listed the most representative landmarks and famous buildings in Xian for you, which could be majestic architecutures, ancient and new or the grand natural wonder, like the Qin Terracotta Army, Big Wild Goose Pagoda, Shaanxi History Museum and grand Mt. Huashan, etc. They are somehow, represent a certain character or role Xian played to the world. Come with TopChinaTravel, to witness and appreciate those famous Xian Landmarks.

Terracotta Army, also known as the Terra Cotta Warriors and Horses, is the top ranked and the most popular tourist attraction in Xian. It is one of the greatest discoveries in the archaeological history, which has been buried underground for more than 2,000 years till 1974. It is a collection of terracotta sculptures depicting the armies of Qin Shihuang. According to their roles and position, those figures vary in height and charactered as warriors, chariots and horses

Known as the eighth wonder of the world, now is the biggest underground military museum to display all mighty terracotta warriors and horses made in Qin Dynasty (221 B.C – 206 B.C). There are four main categories of figures in this museum: chariot warriors, infantrymen, cavalrymen, and horses. It deserves its place on the UNESCO world heritage list.

Xian City Wall, or the Fortifications of Xian, was one of the largest ancient military defensive systems that protected this city from invasion during the ancient times. Today, this wall represents one of the oldest and best preserved Chinese city walls and attracts people from all over the world.

The South Gate and North Gate are the two main entrances to the inner city. The city itself is neatly arranged along the city wall. This impressive structure is just a precursor to the remarkable discoveries awaiting visitors to Xian. 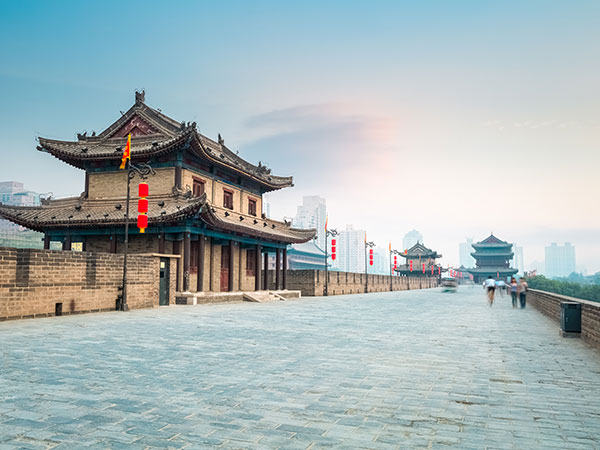 Big Wild Goose Pagoda, or Giant Wild Goose Pagoda, is a Buddhist pagoda located in southern Xian with a height of 64 meters now. It was first built built in 652 during the Tang Dynasty. Originally it had five stories, although the structure was rebuilt in 704 during the reign of Empress Wu Zetian and its exterior brick facade renovated during the Ming Dynasty. Inscriptions of Emperor Taizong and Emperor Gaozong are situated on its south. The monk Xuanzang's statue stands in front of the temple area.

One of the pagoda many functions was to hold sutras and figurines of the Buddha that were brought to China from India by the Buddhist translator and travelers Xuanzang. Now this well-preserved holy place for Buddhist has been the symbol of Xian. 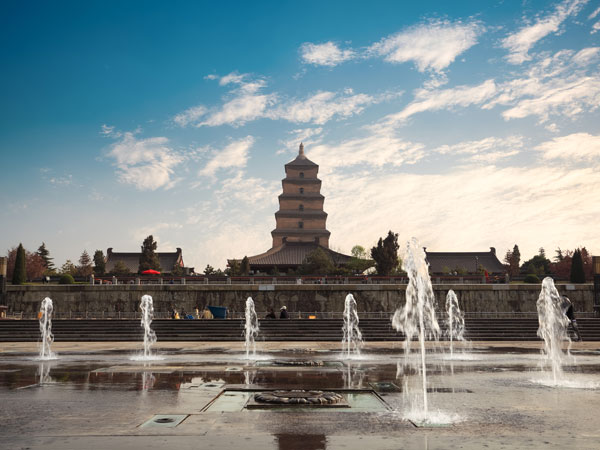 Located in the center of Xian, the Bell Tower is a symbol of ancient Xian which was built in 1384 during the early Ming Dynasty. It is a famous tourist attraction in Xian and one of the grandest of its kind in China. With a height of 36 meters, the Bell Tower covers an area of 1,377 square meters.

It is an unique architecture built by bricks and timbers. With several large bronze-cast bells from the Tang Dynasty, this tower got its name. The tower is a splendid sight with its dark green glazed tiles, blue and green paintings and touches of gold. 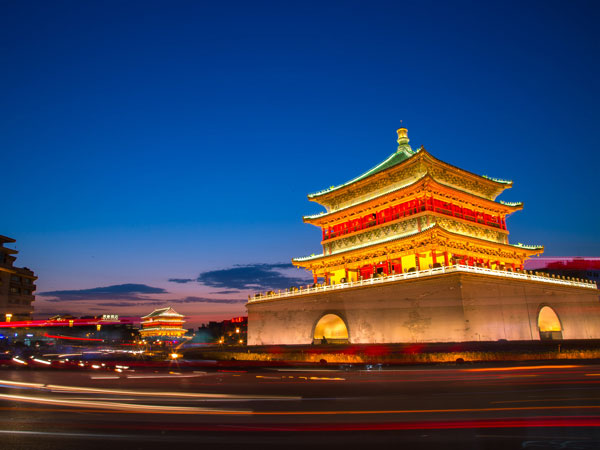 Shaanxi History Museum, is one of the first huge state museums with modern facilities in China, which located to the northwest of the Big Wild Goose Pagoda in the ancient city Xian. Constructed from 1983, this history museum, with a Tang style architectural style, was opened to the public since 1991 that conveyed an idea that "hall in center, storied buildings in corners".

This musem introduces the visitor to area rich culture, from Emperor Qin Shihuang to the present day in this walled city. The museum is house in a striking Tang Dynasty-style pavilion and features an enormous collection of 113,000 historic and cultural relics. This is where you experience history, with chronological dynasties exhibits that take you through the Han, Wei, Jin, Sui, Tang, Song, Yuan, Ming and Qing dynasties. It is an ideal place for learning about the origins and development of ancient Chinese history. 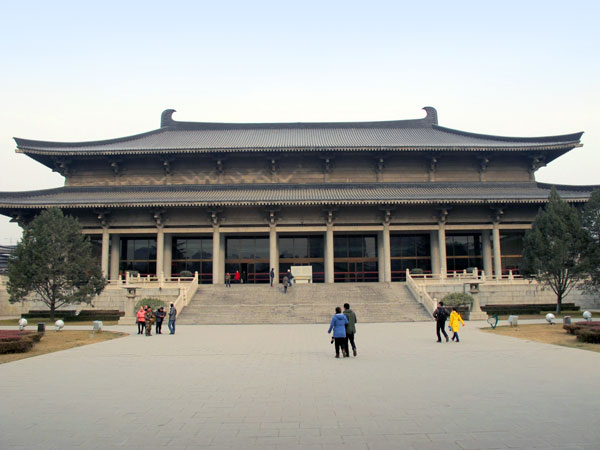 Mt. Huashan is one of the Five Great Mountains and the highest one among them (2,154.9 m), which situates in Huayin County, some 120 kilometers (about 75 miles) east of Xian City. This mountain is known as "The Number One Precipitous Mountain under Heaven", which is famous for its majestic breath-taking crags, steep paths, beautiful scenery and it is said to be the most precipitous mountain in the world.

It also has a long history of religious significance. It is the 4th holy ground of Taoism, there are a variety of temples and other religious structures on its slopes and peaks, among which Yuquan Temple, Dongdao Temple and Zhenyue Temple are the important Taoist temples of China. At the foot of the mountain is the Cloister of the Jade Spring, which is dedicated to Chen Tuan.