The First Woman to Reach the Summit of Mount Everest

Junko Tabei (22 September 1939 – 20 October 2016), a Japanese mountaineer. She traveled across Japan's peaks and climbed some of the peaks of the western European Alps. She was not only the first woman to reach the summit of Mount Everest, but also the first woman to ascend all Seven Summits by climbing the highest peak on every continent.

On May 16, 1975, she ascended mount Everest which is 8,844.43 meters above sea level from the southeast ridge route and became the first woman to step on the top of the earth. 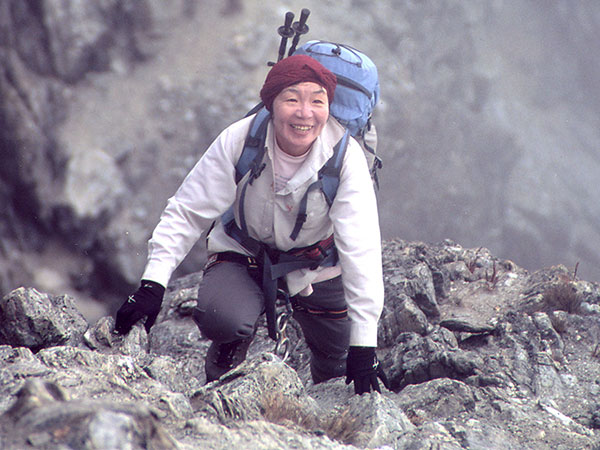 On 22 September 1939, Tabei was born in Rylee Fukushima, the fifth daughter in a family of seven children.

At the age of 10, she began mountain climbing, going on a class climbing trip to Mount Nasu. And this trip cultivated her great interest in climbing and she made a few climbs during her high school years.

From 1958 to 1962, Tabei studied English literature and education at Showa Women's University, where she was a member of the mountain climbing club.

In 1965, Tabei got married to Masanobu Tabei, a climber she met while climbing in Japan. They had two children: a daughter, Noriko, and a son, Shinya.

In 1969, after graduating, Tabei formed the Ladies Climbing Club: Japan (LCC) with a slogan of "Let's go on an overseas expedition by ourselves". During this time, she climbed mountains such as Mount Fuji in Japan and the Matterhorn in the Swiss Alps. and other mountains.

By 1972, was a recognized mountain climber in Japan.

In 1975, Tabei and her team began the expedition to mount Everest after a long training period. On 16 May 1975, with her Sherpa guide, Ang Tsering, Tabei became the first woman to reach the summit of Everest.

In the 1990–91 season, Tabei reached the summit of Mount Vinson, Antarctica's highest mountain.

On 28 June 1992, she summited Puncak Jaya and thus became the first woman to complete the Seven Summits.

In 2000, she completed postgraduate studies at Kyushu University focusing on the environmental degradation of Everest caused by the waste left behind by climbing groups.


In 2012, Tabei was diagnosed with cancer, but she went on her mountaineering activities instead of giving up. She died in a hospital in Kawagoe on 20 October 2016. 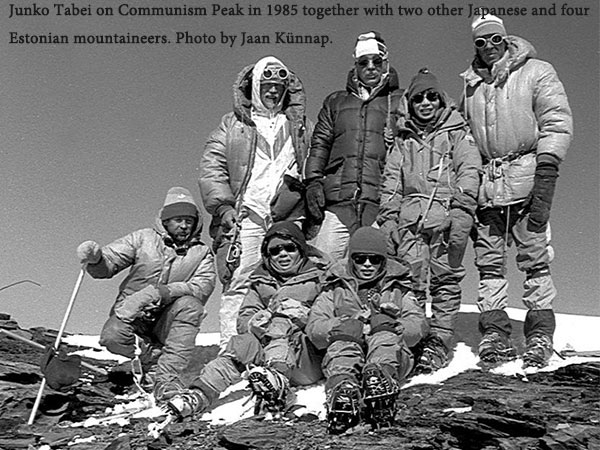 Nihon Television and Yomiuri newspaper joint to sent an all-woman team to attempt an Everest expedition. They selected 15 women from hundreds of applicants, Tabei was one of them.
They had trained for a long period, and began to climb in 1975. There are 9 Sherpa guide with them. The route they used was the same one Edmund Hillary and Tenzing Norgay took in 1953. It was in early May. With the help of the nine Sherpa guide, they began the expedition. Unfortunately, only a few days later, they came across and avalanche, and the 9 guides and all the climbers were buried under the snow. A guide dug Tabei out when she was unconscious for several minutes. But the avalanche did not beat her down. 12 days later, Tabei became the first woman set on the summit of Mount Everest. “The mountain teaches me a lot of things. It makes me realize how trivial my personal problems are,” she said. “It also teaches me that life should not be taken for granted.”

The Seven Summits Tabei Had Scaled