Before successfully climbing to the summit of Mount Everest, there were many early Mount Everest expeditions which offered enough experiences for people to finally conquer this world highest mountain.

In 1885, Clinton Thomas Dent, Alpine Club’s president, wrote in his book Above the Snow Line that it is possible to climb Mount Everest.

In 1921, the initial British Reconnaissance Expedition, George Mallory, who is also the first European to climb Mount Everest, discovered the northern approach to Mount Everest. His team climbed the North Col and reached to the altitude of 7,005 m (22,982 ft). And George Mallory also espied a route to the summit, but their expedition team was not serious equipped and had not prepared for further climbing task. They descended. 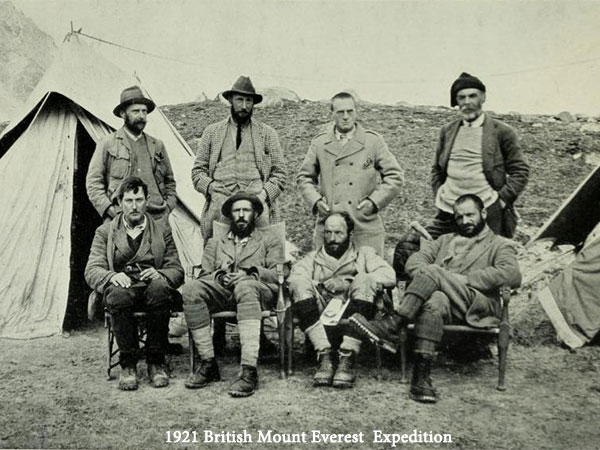 In 1922, the British returned for the further expedition. George Finch became the first one to use oxygen when climbing Mount Everest. He ascended very quickly at a remarkable speed of 290m per hour, and reached the highest of 8,320 m (27,300 ft). He is also the first human who climbed higher than 8000m. Also in this year, George Mallory and Col. Felix Norton made the second unsuccessful expedition. They got caught in an avalanche of the North Col, seven native potters were killed in this avalanche. 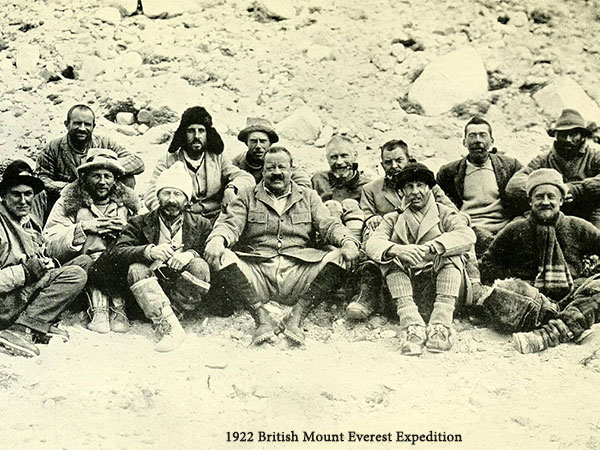 In 1924, Mallory and Bruce came back but the weather condition was not good and precluded them to establish the Camp VI. This attempt also was aborted. The next attempt was made by Norton and Somervell. They climbed the mountain without oxygen but in perfect weather. Traversing the North Face to the Great Couloir, they managed to set foot on the altitude of 8,550 m (28,050 ft). Mallory plans to do a last-ditch effort and he rustled up oxygen equipment. This time he chose Andrew Irvine, a young man, as his partner.

On June 8, 1924, Mallory and Andrew Irvine made the attempt to get to the summit through North Col/North Ridge/Northeast Ridge route. They never returned from that attempt. On May 1, 1999, the Mallory and Irvine Research Expedition found the body of Mallory on the North Face in a snow basin below. No one knows whether one or both of them reached the summit.

In 1933, Hugh Ruttledge led a major expedition to mount Everest. This time, they set out to climb with a great expectation that they would succeed.

They carried Oxygen but didn’t use it because of the untrue but lingering belief that it was of little benefit for a climber to acclimate. Due to the poor weather and illness of team members, they delayed a lot and placed a much higher assault camp than that of in 1924.

On the first attempt to the summit, Lawrence Wager and Percy Wyn-Harris planned to ascend along the Northeastern ridge. Although having bypassed (rather than climb over) the First Step, which they reached at 7:00 AM, they didn’t manage to regain it.

There was a direct access which involved a treacherous traverse to the Second Step from the First. Instead of taking it, they dropped down to follow the lower and easier traverse opened by Norton in 1924.

When observing the Second Step from 100-ft high, Wyn-Harris declared it "unclimbable." Not long after crossing the Great Couloir, they turned back because of the poor snow conditions and the lateness of the hour.

Subsequently, Eric Shipton and Frank Smythe did another attempt following the same route. Shipton turned back because of illness, and Smythe went on along but got no higher.

In 1934, Maurice Wilson, a British soldier, mystic, mountaineer and aviator, stated his intention to ascend Everest alone. He was often characterised as "eccentric". Although he was lack of mountaineering or flying experience, he succeeded in flying from Britain to India illegally, surreptitiously entering Tibet and climbing as high as 6,920 metres (22,703 ft) on Mount Everest. However, he died in his attempt, and his body was found the following year by a British expedition.

In 1935, to get ready for the following year's expedition, Shipton led a small reconnaissance expedition during the monsoon season. The team climbed smaller peaks near Everest, and explored alternative possible routes on the mountain, including the West Ridge, and entried into the Western Cwm via Lho La.

The route discovered by them would be the route by which the mountain would eventually be climbed in 1953.The expedition was also notable as the first visit to Everest for Tenzing Norgay, who was engaged as one of the 'porters'.

In March 1947, a Canadian engineer named Earl Denman, accompanied only by two Sherpas (one of whom was Tenzing Norgay, later to make the first ascent of Everest) entered Tibet illegally to try to climb Everest. His attempt failed because a strong storm at 22,000 ft (6,700 m). Denman admitted defeat and all three turned around and safely returned. 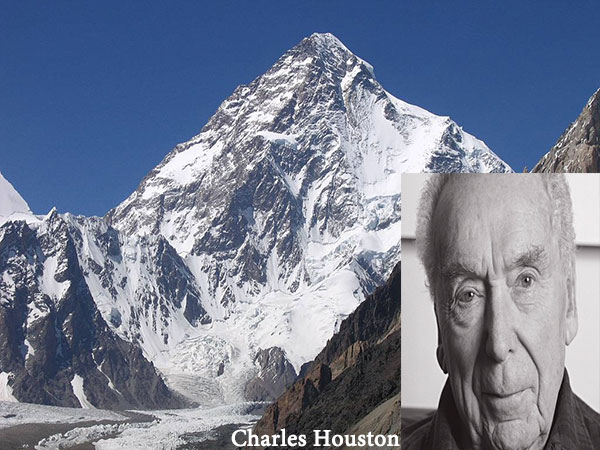 In 1950, Bill Tilman and a small party which included Charles Houston, an American physician, mountaineer, high-altitude investigator, undertook an expedition to Everest through Nepal along the route which has now become the standard approach to Everest from the south.

In 1951, a Swiss expedition led by Edouard Wyss-Dunant attempted to climb the mount Everest along the South Col and the southeast ridge.They were the first people to stand in the Western Cwm.

In 1952, the Swiss tried another expedition under the lead of Gabriel Chevalley. This time, the team didn’t manage to ascend the summit. They were failed as a result of the bad weather after reaching an altitude of 8100 metres.