Mount Gongga (Minya Konka) is located in the southern part of Kangding in Sichuan. Mount Gongga is the main range of the snow mountain in Sichuan region. With a title of the King of Mountains in Sichuan, the main peak of Mount Gongga is in a height of 7,556 inches above the sea level. Mount Gongga is the easternmost 7000 m peak in the world and the third highest peak outside of the Himalaya/Karakoram.
Mount Gongga is one of the most popular destinations for international mountaineers. It is famous for its high climbing level. More dangerous and adventurous than climbing the Mout Everest, Mount Gongga now just have been conquered by 24 people.

From the sentence that "Daocheng is the last virgin ground on the blue Earth", we can find out the charms of this place. Firstly, Daocheng is extremely beautiful and clean. Second, Daocheng is a site known by others just in a short time. And Yading area is one of the highlights in this district.
Daocheng Yading Natural Reserveis  located in the south of Ganzi Tibetan Autonomous Prefecture in southwest China's Province, Daocheng is widely regarded as "the last pure land in the blue planet." At an average elevation of 3800 meters, Daocheng is renowned for its magnificent mountain and wild lake scenery. Forests, grasslands, and brooks can all be found in the grand valley, fringed by splendid mountain peaks capped with snow. In this holy land, you can still find local Tibetans living in their traditional lifestyle.

Kangding, a world's famous historic and cultural city, is the economic, political and culturela center of Garze Tibetan Autonomous Region in Sichuan. Kangding is located on the west edge of Sichuan Basin Area. It is situation in the key point of Sichuan-Tibet high express.
It is a city populated by significant proportions of both Tibetans and Han, and is part of the historical Tibetan region of Kham. A raging river splits the city, thus the constant sound of water emanates throughout much of the city. The city features a sizable city square where young and old alike gather in the early hours of the morning to do Tai Chi, play badminton, or socialise. This square comes alive on the weekends as well, when families tend to populate it. Traditional Tibetan and Sichuanese restaurants are easily found throughout the city. 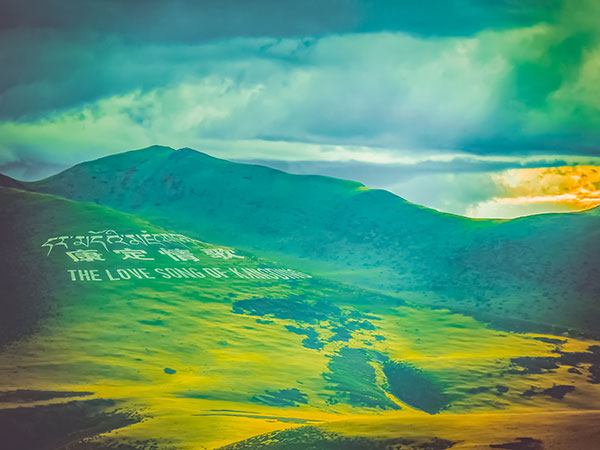