The Great Wall was declared in World Heritage List by UNESCO in 1987. Badaling Great Wall is the first section of the Great Wall that opened to the public. First constructed in the 18th year of the Hongzhi reign period of the Ming Dynasty in 1505, it was renovated later in Jiajing and Wanli reign of the same Dynasty. With its strategic position, Badaling Section took tremendous labor and materials. The wall of Badaling is tall and solid built by square rocks, and the beacon towers stand one by one. It was a vital protective screen of Beijing city and the important military pass of Ming Dynasty in ancient times. Winding along the ridge of the mountain, Badaling Section of the Great Wall is vividly dragon like. 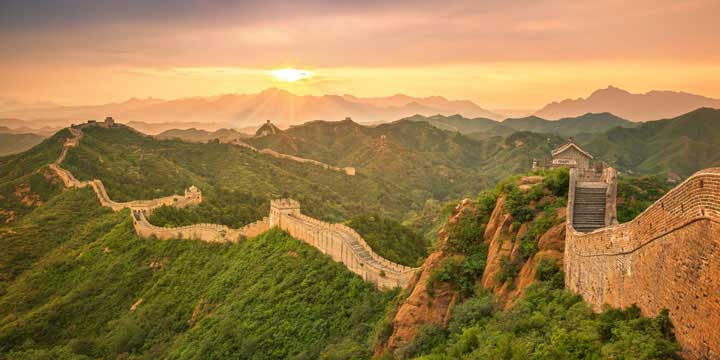 Forbidden City in Beijing, also called Imperial Palace Museum, is located in the very heart of Beijing. It remained the residence of the emperors for nearly five hundred years, from the 15th century to the early 20th century, and was the actual and symbolic seat of imperial power.
Popularly known as the Forbidden City, it was built in the Ming Dynasty between the 4th and the 18th years of the Yongle period (1406 - 1420 AD). Many of the buildings of the Palace have been repaired and rebuilt, but their basic form and layout remain in their original state.
Forbidden City can be taken as a sample of the traditional Chinese palatial architecture. In 1987, it became a World Heritage Site. Besides, it is also listed by UNESCO as the largest collection of preserved ancient wooden structures in the world. 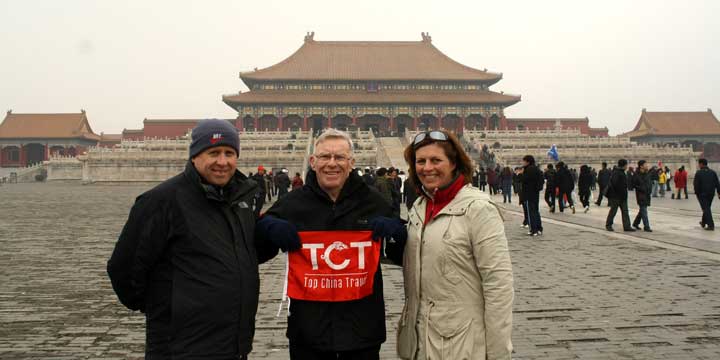 Terracotta Warriors in Xian, known as the eighth wonder of the world, now is a museum to display the terra-cotta warriors and horses which were made in Tang Dynasty. It is declared in World Heritage List by UNESCO in 1987.
From its history, Qin Terracotta Army is covered by a mysterious face. In 221 B.C., Emperor Qin Shi Huang of the Qin dynasty established the first centralized feudal dynasty in China. After his death, he was buried at the northern foot of Lishan Hill in the east of Lintong County. The tomb has been reduced to half its size after 2,000 years of water and soil erosion, but still impressive - 76 meters high and a fundamental space of 120,000 square meters.

There are four main categories of figures in this museum: chariot warriors, infantrymen, cavalrymen, and horses. There are generals, middle ranking officers, lower ranking officers, ordinary soldiers, and armored warriors. The latter can be further divided according to their headgear into warriors with a square scarf, a cylindrical bun, or a flat bun. There are kneeling warriors as well. 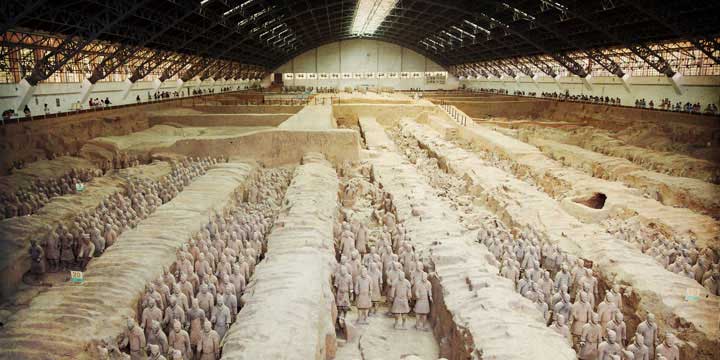 Giant panda, a symbolic animal of the World Foundation for Wild Animal Protection, is popular for its lovely appearance and rarity. At present, there are 18 nature reserves for pandas, 16 of which are in Sichuan Province, the home to panda. Wolong Giant Panda Nature Reserve, as a pandas’ research center, is one of them. It is declared in World Heritage List by UNESCO in 2006
Located at the southwest of Wenchuan County, and first constructed in 1963, it is one of the earliest comprehensive national reserves. The place has more than 100 pandas, accounting 10% of the total number in the country. Besides, there are other rare animals and plants as well as rich water resources. 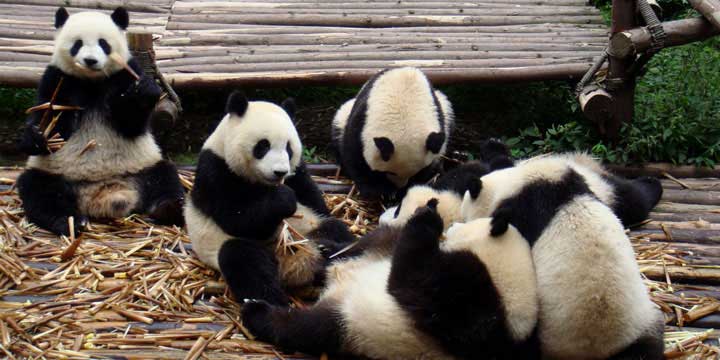 Mogao Grottoes are located precipice at on the east foot of the Mingsha Hill in Dunhuang. First dug in 366 A.D., Mogao Grottoes is one of three noted grottoes in China for its fabulous frescos and statues. And in December 1987 the Mogao Grottoes have been included into the List of the World Cultural Heritages by the UNESCO.
Today, the total number of Mogao Grottoes is 492 in which there are over 2,800 sculptures and 45,000 square meters of murals. There are five grottoes with a wooden structure. The Mogao Grottoes is the largest, oldest and the best-preserved Buddhist grottoes with the richest contents in the world today. 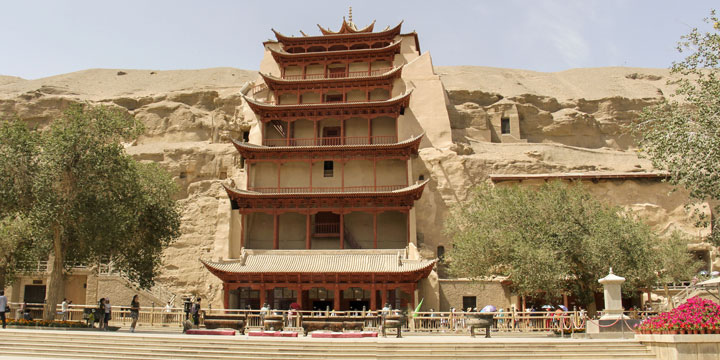