China with vast territory, offers so much to visit and explore. Top 10 attractions in China has specially listed the 10 of the most popular attractions in China for you, from north to south, from inland city to coastal areas, aiming to show you an enchanting realm with magnificent cultural relics and stunning natural wonders. 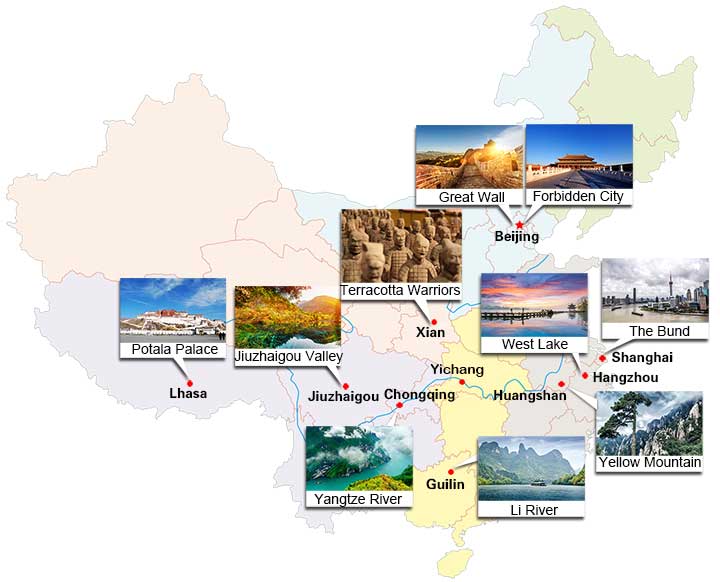 The star attraction of China is the Great Wall, a spectacular defensive structure built to keep intruders from entering the mainland, which stretches from Jiayuguan Pass in the west, to Shanhaiguan Pass in the east, with a total length of 8851.8 km that traverses Liaoning, Hebei, Tianjin, Beijing, Inner Mongolian and Shanxi, Shaanxi, Ningxia, Gansu, etc. 9 provinces and municipalities. The steady stone fortification is a symbol of China, which was inscribed into the list of the World Cultural Heritage Site by UNESCO. It must be the first atttraction in top 10 attractions in China.

Badaling, Mutianyu and Jinshanling sections within Beijing area are the most famous ones. 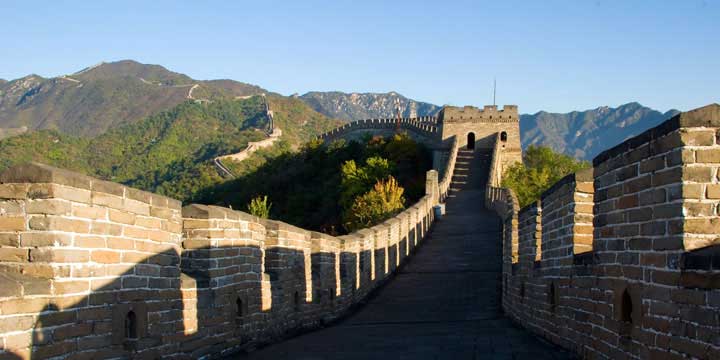 Located in the very heart of Beijing, magnificent Forbidden City, also known as Imperial Palace Museum, is the symbol of imperial power. Built in Yongle Period, Ming Dynasty (1406 - 1420 AD), it is the largest and well-preserved wooden building complex of the world. These were laid out very precisely in accordance with a feudal code of architectural hierarchy which designated specific features for reflecting the paramount authority and status of the emperor.

Forbidden City can be taken as a sample of the traditional Chinese palatial architecture. In 1987, it became a World Heritage Site. Besides, it is also listed by UNESCO as the largest collection of preserved ancient wooden structures in the world. Forbidden City ranks the second place in top 10 attractions in China. 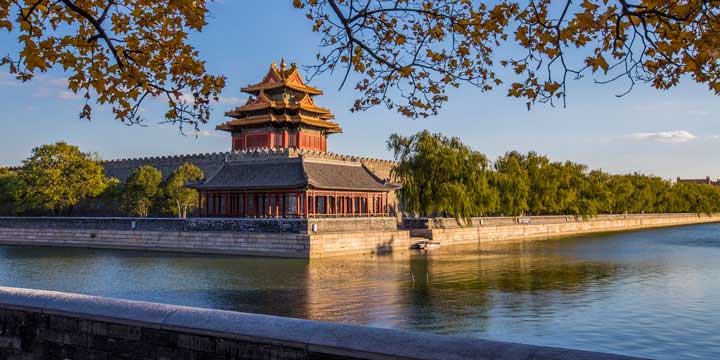 As one of the greatest discoveries in the archaeological history, Xian Terracotta Warriors has been buried underground for more than 2,000 years till 1974. Known as the eighth wonder of the world, now is the biggest underground military museum to display all mighty terra-cotta warriors and horses made in Qin Dynasty (221 B.C. – 206 B.C.). From its history, Qin Terracotta Army is covered by a mysterious face.

There are four main categories of figures in this museum: chariot warriors, infantrymen, cavalrymen, and horses. It deserves its place on the UNESCO world heritage list. 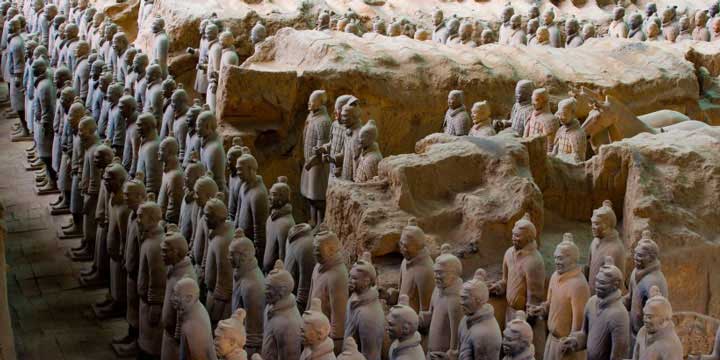 The Mother River of the Chinese Nation, the Life-blood of China, mighty Yangtze is the largest and longest river in China with a length of over 6,300 kilometres. It is a curious blend of the grand natural scenery and brilliant human culture.

Flowing through 9 provinces, this ‘Travelling-Through-the-Heavens’ River, finally pouring into the East China Sea through Shanghai. Section between Chongqing and Yichang are the magnificent one. Take a comfortable Yangtze River Cruise, you will have chance to appreciate the magnificent Three Gorges, which are regarded as one of the most spectacular scenic attractions in China, and all powerful Three Gorges Dam. 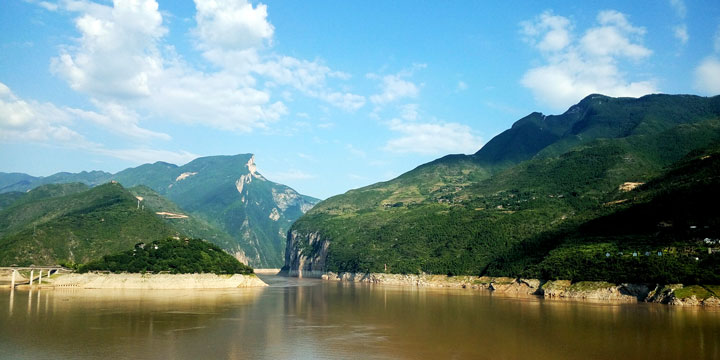 Li River Scenic Area is the biggest and the most enchanting Karst tourist site of the world. Li River, expressed perfectly the inner core of the scenery and also the custom of the city - mild, delicate, genial but also proud.

The 83-km-long waterway from Guilin to Yangshuo is the masterpiece of Li River. Along the river, the rolling peaks, steep cliffs, green hills and clear water constitute a fascinating hundred-mile pictures gallery. The natural beauty of the Li River is indeed beyond any descriptions, you have to be there to see with your own eyes and to feel with your own heart. 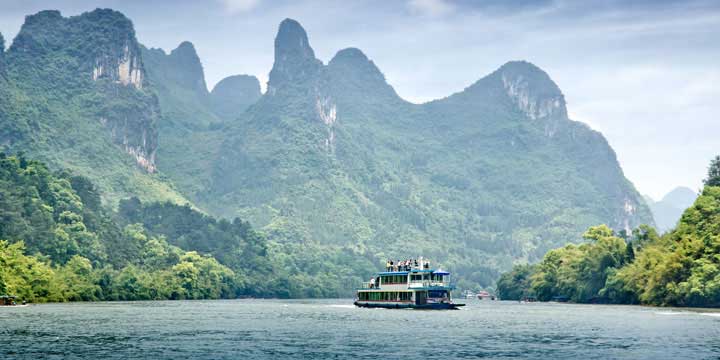 Built against the Red Hill, Potala Palace is a spectacular castle-like building complex of Lhasa, which is used to be the unification centre of political and religious of Tibet. Covered an area of over 360,000 square meters, it is a great palace of art with creative designing and gorgeous decoration. Its conservative religious atmosphere, precious scriptures, murals, jewels and antiques housed inside, earning it a place on UNESCO World Cultural Heritage Site list. 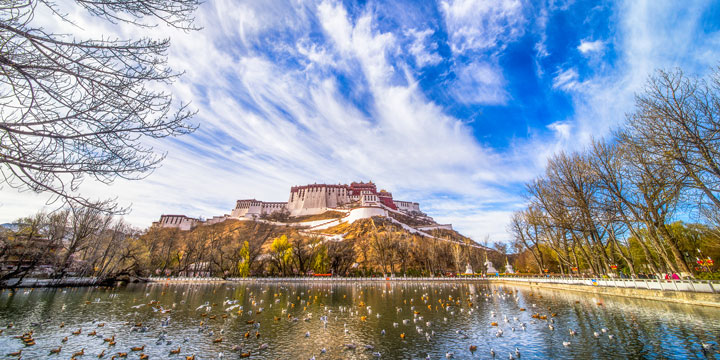 Located in the south part of Anhui Province, Yellow Mountain is one of the top mountain-view spots of China and known as the No. 1 Mountain under heaven. It features imposing peaks, grotesquely-shaped rocks, steep cliffs, fantastic caves and those peculiarities that make the mountain outstanding among others. Yellow Mountain is celebrated for having all the features of mountain scenery.

In 1990, UNESCO enrolled it as a World Heritage Site. Yellow Mountain plays a important role in top 10 attractions in China. 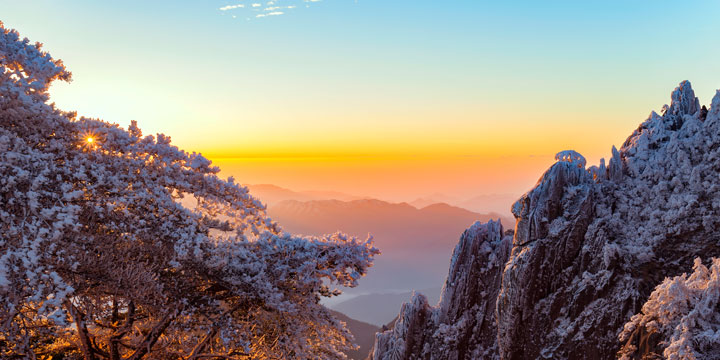 The Bund, Shanghai's famed waterfront promenade, stretches 1.5km along the west bank of Huangpu River, is known as the “the exotic building clusters of Shanghai”. And it is  one of the most popular attractions in Shanghai.

Facing the modern skyscrapers Oriental Pearl TV Tower and Jinmao Tower across the river, the Bund is a big stage displays its rich collection of early 20th-century architectures. These buildings were built respectively during the 20s and 40s of the 20th century with different architectural styles but were well harmonized. The buildings are all decorated with floodlights. At night, the Bund is brightly lit, glittering and dazzling to the eye. It is the symbol and mark of Shanghai. 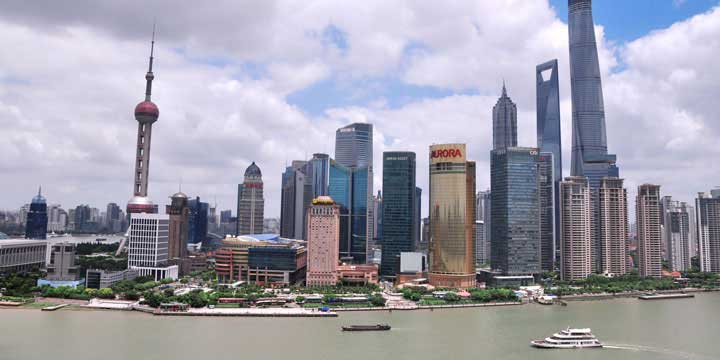 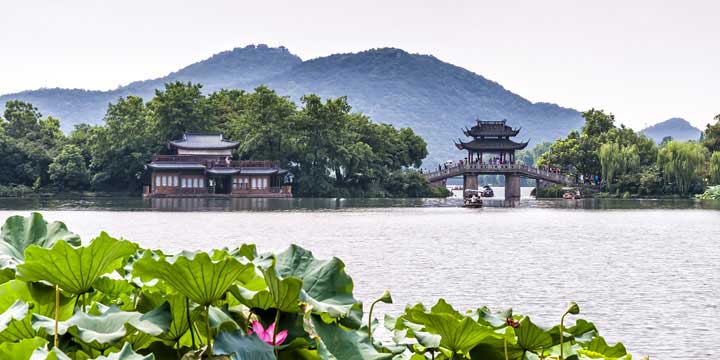 Situated in the northern part of Sichuan Province, Jiuzhaigou Valley is a well-known fairyland that features perennially snow-capped mountain peaks, verdant and lush forest, stretches of serene lakes, and various birds and animals.

It is also a world of water, the clearest in the world. Water brings Jiuzhai Valley its most enchanting views, which is the soul of the place. Bright green waters, icy waterfalls, colorful forest (especially in autumn) and pure snow mountains surrounded, all contributing to the unique view of Jiuzhai Valley and earning it a place on the UNESCO World Natural Heritage List. 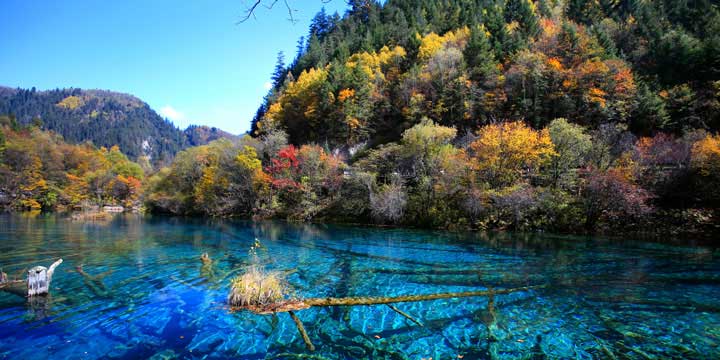 These are the top 10 attractions in China. Each of them provides you different impresstion about China. If you are interested in historic sites, you may visit to The Great Wall, Forbidden City or Terracotta Warriors. If you prefer to enjoy natural landscape, you can visit to Yellow Mountain, Jiuzhaigou Valley or Yangtze River.

Best Tours Recommended to You