Despite the fact that most people in China have accepted the modern Western wedding ceremony, the traditional Chinese wedding etiquette is still respected and kept today. The time, when the night falls, was regarded by ancient Chinese people as an auspicious time for wedding, so it was called “rite at the nightfall” at the very beginning.

The origin of Chinese Wedding etiquette

According to legend, the earliest marriage and wedding rite began in the ages of Fu Hsi, a legendary emperor of ancient China, and Nuwa, a goddess in Chinese mythology and the Goddess of Marriage.

In Zhou Dynasty (1046BC-256BC), the “Three Letters and Six Etiquette” (三书六礼) was completed and became the foundation of traditional Chinese wedding. The six wedding etiquette is the tedious process of wedding from match making, providing the date of birth and the birth hours, marriage proposal and engagement, sending the gifts, preparing, and finally the wedding ceremony. The three letters are the documentations of the six etiquettes: the letter of engagement, the list of gifts, and the letter of marriage used on the day of wedding ceremony. In ancient China, the marriage would be officially acknowledged only after finishing all these procedures. Besides, there was the “three cups of tea” wedding etiquette, the tea for engagement, the tea for wedding ceremony and the wedlock tea for the bride and groom at the wedding night. 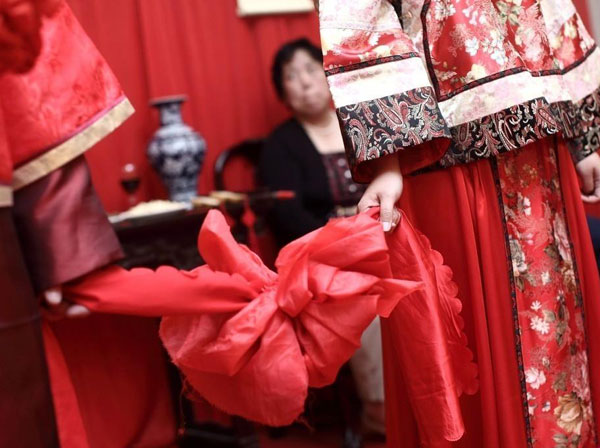 In the following dynasties of ancient China, the wedding etiquette may vary slightly, but the essence was retained, depending on the different traditions and social classes. For example, in Qing Dynasty, officers above the seventh rank complied with the 9 wedding etiquette, while the others usually had a simple wedding or followed the etiquette created by Zhu Xi, a famous Confucians master in Ming Dynasty.

The preparations of traditional Chinese Wedding

The bed setting - Usually one day before the wedding, a commonly known fortunate, blessed person will set the bed with four auspicious nuts including peanust, walnuts, lotus nuts and red dates. 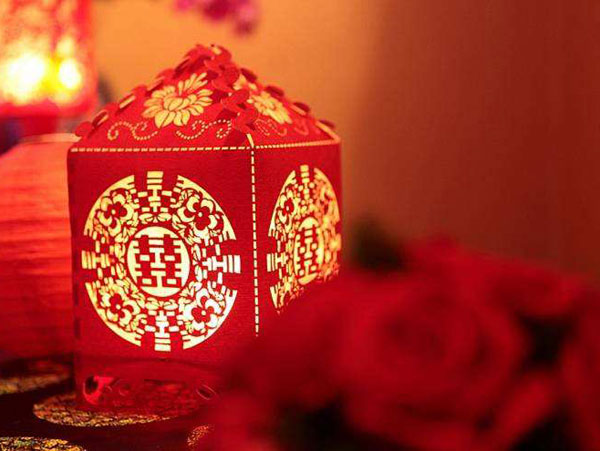 Etiquette at the wedding ceremony

Picking up the bride – In the morning of the wedding day, the groom will go to the bride's home to escort her back to the wedding. Still there are a series of steps. First of all, the groom has to “break into the door”, as there will be various physical or intelligent tests before meeting the bride. And then the groom must hand out the prepared red pockets to the friends and sisters o f the bride.

Finding the red shoes – The bride awaits without shoes. So the groom must find out the hidden shoes and help to put the shoes on. After all of the tests, the groom will pass the prepared bouquet to the bride. Only after the groom has found out the shoes and wore them for his bride, he can take her out of her room and precedes the rest of the Wedding Ceremony. In doing this, it should make the groom value more of the bride simply because it is not easy to get the bride. 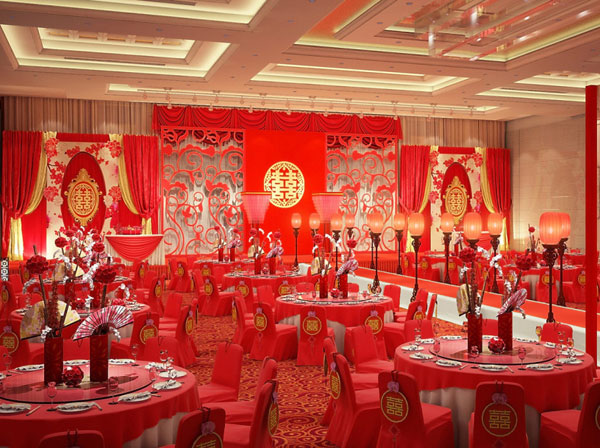 Serving tea – The newlyweds then bow down to the bride’s parents and serve tea.

The red umbrella – The newlyweds walk out of the home accompanied by the bridesmaid holding a red umbrella.

Cross fire plate – One of the earliest wedding etiquette, crossing the fire plate brings the bride good luck and happiness.

Sitting on a sedan chair – The sedan chair carries the bride back to the groom’s home, with the music of drums and suona, and the lion dance. However, in nowadays, the two families are far from each other. The sedan chair is only for the etiquette.

Teasing the bride and groom on wedding night – Traditional Chinese wedding etiquette has that the brothers and friends of groom can tease the groom and bride on wedding night, to ward off evil spirits and bring health and happiness. 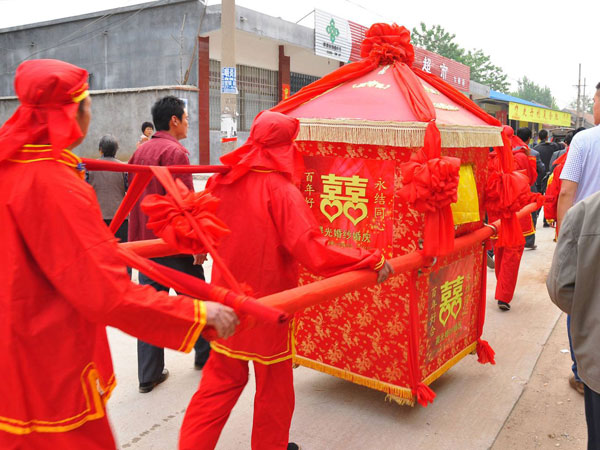 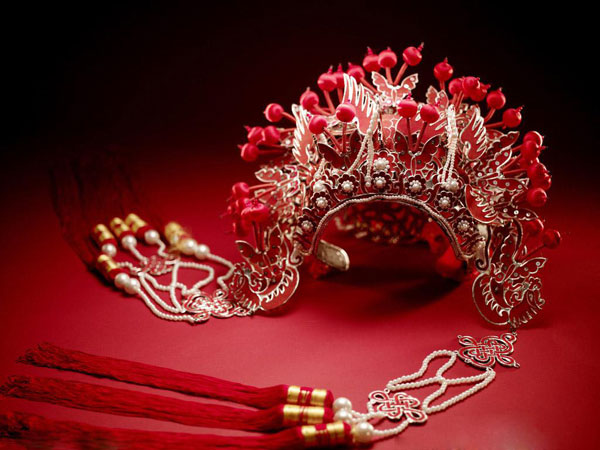 Dressing etiquette —— what to wear if attending a traditional Chinese wedding?

Generally speaking, to attend a Chinese wedding, the guests are not required to dress formally. The male guests can dress in suit, shirt or leisure wear, with a pair of leather shoes or casual shoes. While the female guests are suggest to dress in the dinner jacket, skirt suit or the leisure wear. Wedding etiquette in China suggest that the guests be better not to dress in all white, all red or the bright vibrant colors. Anyway, the guests should not upstage the bride and groom. 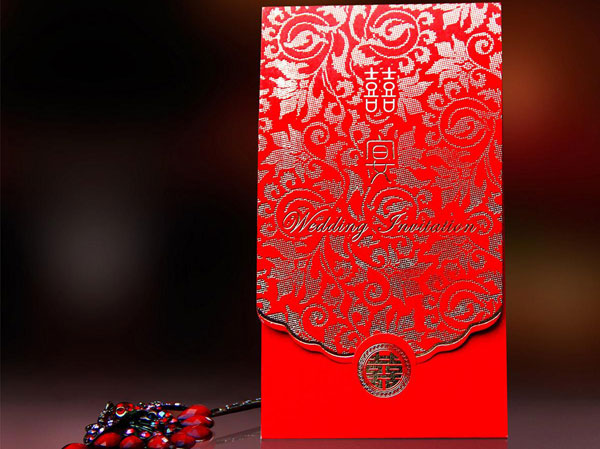 In China, courtesy demands for reciprocity. It is polite and necessary to bring with gifts when attending a Chinese wedding. The wedding gifts can be various including the flowers, tableware, electric appliance, and others. But currently, most people send the cash gifts in a red pocket to the newlyweds. As for how much one should give, it various according to how close you are to them and your personal wealthy status. Close friends mainly send red envelopes around 500-1000 CNY, close relatives are sending red envelopes about 1000-50000 or even more if one has some close rich relatives. For colleagues, the money should be mainly 100-200 CNY. There are not restrict rules about how much should send and the amount of money various in different part of country as well. 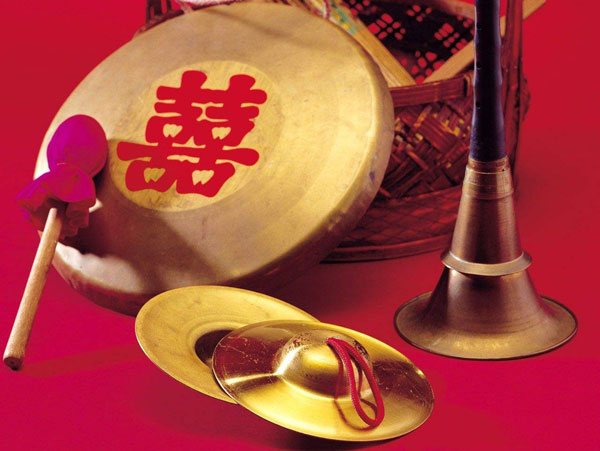