Shandong province border the sea, so Shandong cuisine deeply influenced by the sea food. People in Shandong like to use seasoning and flavoring to make cuisine more delicious. As one of the eight major cuisines of China, it plays an important role in Chinese cuisines. The Shandong cuisine is made of eastern Shandong dishes, Confucius dishes and Jinan dishes.

For Shandong locates in fertile plains, it’s a main wheat-growing area in China. People in Shandong even like to eat foods made of wheat flour as staple food. It’s common to see that Shandong people eat big cakes stuffed with scallions or minced meat when they eat three meals a day.

The cuisine is generally salty, with a prevalence of light-color sauces. The dishes feature selected materials, adept skill in slicing and perfect cooking techniques. Shandong cuisine is representative of northern China’s cooking and its techniques have been widely absorbed by the imperial dishes of Ming and Qing Dynasties.

It’s one of the typical Shandong cuisines, stewed with honey, fennel, sugar and other comdiments for several hours. In the 1950’s, Dezhou stewed chicken is eaten by president Mao, then it’ss known throughout the country. The chicken is so well cooked, although the shape of the chicken is preserved, the meat easily separates from the bone.

Braised sea cucumber with onion is one of the classic Shandong cuisines. This course is full of strong fragrant onion flavor, can be described as a delicious delicacy with full color and fragrance. To make this course, use the best green onion—Zhangqiu green onion, is the key, fry it until it turns to golden color. Then scatter it onto the braised sea cucumber, the source would be perfect match with each other with fully fragrance yet still keep the freshness of the sea cucumber well preserved. 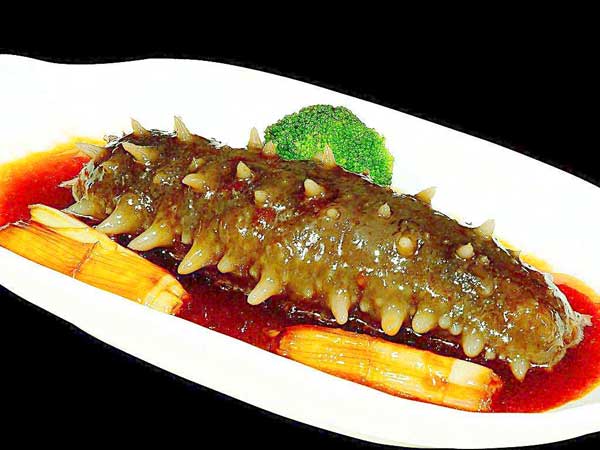 The Braised Prawns is a famous cuisine in Shandong province. Since Shandong province has a long coastline and a abundant source of seafood delicacies, eating seafood here is a must-do! Shrimp return to Bohai and the Yellow Sea every spring and autumn. Prawn is famous for delicious taste, beautiful color and rich nutrition. Shrimp has a rich protein, high nutritional value and rich mineral (such as calcium, phosphorus, iron, etc.).Its meat is soft and easy to digest and very beneficial to human health. 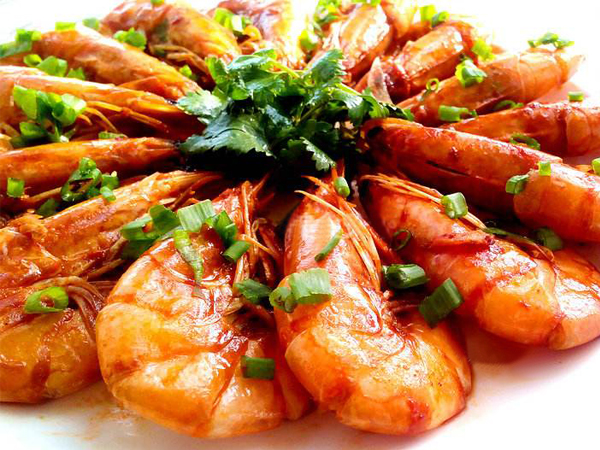 As a foreigner, you might not be interested in trying any intestines but this course is a popular star among the locals in Shandong province. The course was created in a local restaurant Qing dynasty about 200 years ago. Its soft texture and spicy fragrant have captured many gourmets to keep ordering it in any Shandong feature restaurants. 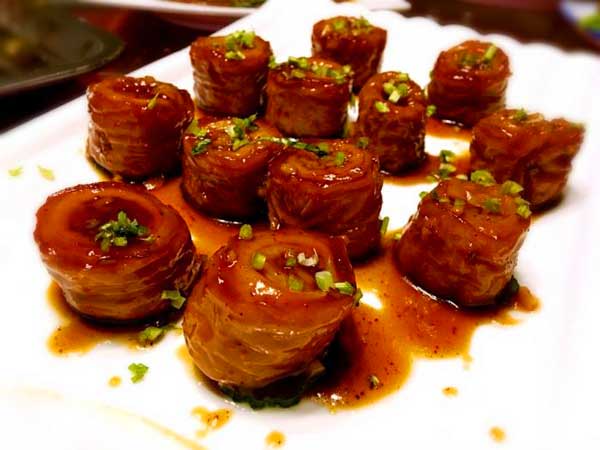 Four Happy Meatballs is one of the representative dishes of Shandong cuisine, and also a famous dish in China. The meatball is made of pork, mushroom and other ingredients. It is a similar dish to the "red lion head" which is another meatball dish popular in the southern provinces in China. Since "Four Happy Meatballs" carries a good meaning besides being delicious, this course is quite a traditional and popular course during Chinese New Year time. 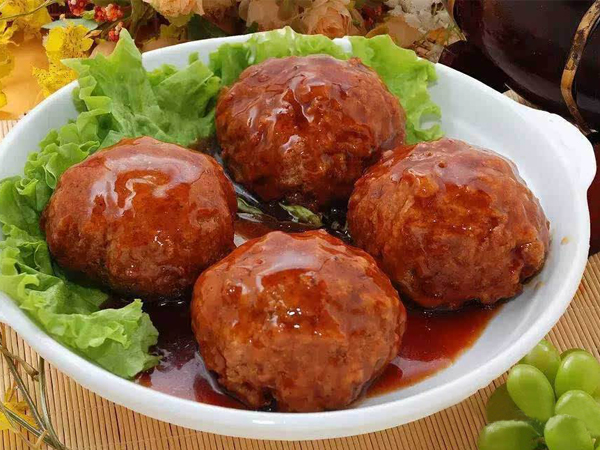