Calligraphy is a unique art form of written language. Chinese calligraphy, Mongolian calligraphy and Arabic calligraphy are among the most famous ones in the world.

Chinese calligraphy is a classic national symbol of Chinese traditional cultural art in the past five thousand years history. Chinese calligraphy is written by Chinese writing brush, presenting aesthetic inertia. It even can be regarded as The Fourth Religion in China, with great charm and sense of ritual and widely spread popularity. The famous calligraphers include Wang Xizhi, Yan Zhenqing, and Sushi etc.. The technique of Chinese calligraphy stress structure, brushwork, composition, ink style and so on.

A great Chinese calligraphy works is a combination of writing brushes, ink sticks, paper and ink stones, which widely known as the Four Treasures of Study (文房四宝). The best calligraphy bushes should have four distinctive characters: pointed tip, uniform hair, perfect roundness and resilient to the touch, and are usually made of weasel's hair, goat’s hair and rabbit’s fur. In China, Hukaiwen Ink Factory in Anhui Province produces the finest ink sticks, the Hui Ink-sticks, while the brands of Yidege and Zhonghua offer the best ink. For Chinese calligraphy learners, please remember to choose the untreated xuan paper, as the treated paper is better for traditional Chinese realistic painting. As for the ink stones, Zhaoqing in Guangdong Province, Wuyuan in JIangxi Province, Zhuoni in Gansu Province, Luoyang in Henan Province produce the finest ones, each with different traditional craftsmanship. Other tools and materials for Chinese calligraphy include brush holder, small tray for wishing brush, paper weight, steal, and so forth. 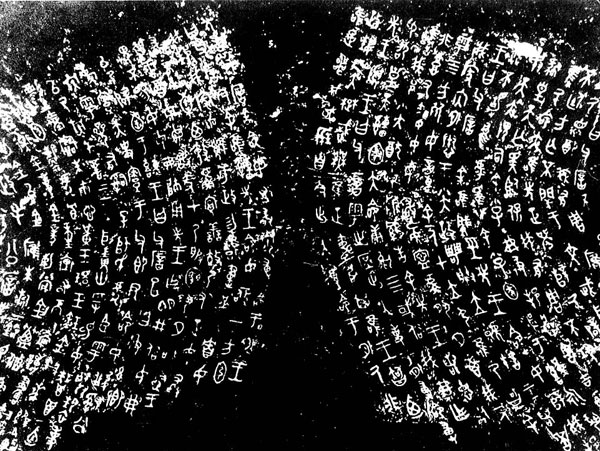 The Chinese written language originated very early. However, people began to like the art of writing, and pay attention the creator’s thinking and spirit since the period between the Late Han Dynasty and Wei Jin Dynasty (approximately from the 2nd century to the 4th century AD). The Chinese calligraphy fonts gradually evolved from oracle, Chinese bronze inscriptions and silk manuscripts to the following five main schools:

The history and development of Chinese calligraphy
Pre-Qin Period (before 221 B.C)

The ancient Chinese characters of this long period from the primitive society to Qin Dynasty are inscriptions on the turtle shell, animal bones, human bones or potteries. They are more like meaning marks rather than characters or words.
Oracle of Shang Dynasty - The marks and symbols describing the sacrificial activities were edited by the wizards and carved on the turtle shell, animal bones and human bones, Oracle is the beginning of calligraphy, with three basic elements of calligraphy, to use the brush, focus the structure of characters and the art of composition. The oracle calligraphy works of Wuding Period during Shang Dynasty of smooth lines and bold style is the masterpiece of its kind.
Great Yu Tripod inscriptions of West Zhou Dynasty - Great Yu Tripod was the famous bronze ware from the reign of Emperor Kang. Inside the tripod, there are 291 inscriptions, with superb artistic value.
Duke Mao Tripod inscriptions of West Zhou Dynasty - the most famous bronze ware of this period, it has 498 inscriptions telling the story of Emperor Zhouxuan and Duke Mao. The inscriptions constituted a masterpiece of bronze inscriptions calligraphy.
Inscriptions on drum-shaped stone blocks of the Warring States Period - These inscriptions were created in the kingdom of Qin. There were 10 drum-shaped stone blocks (kept in Palace Museum), each was carved with a four-word poem (classical Chinese poem with four characters each line). This font later greatly influenced the emergence of Seal Script (Small Zhuan). 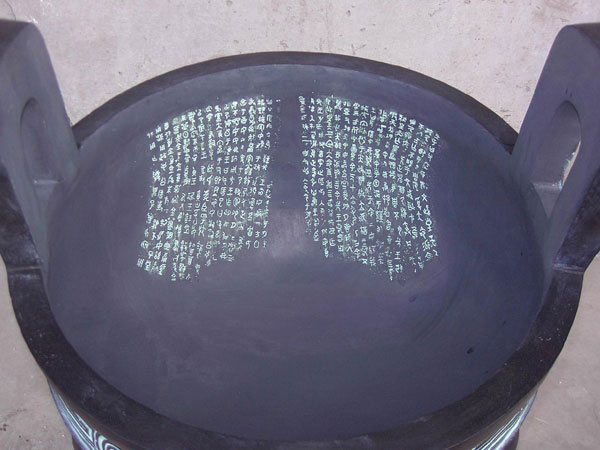 First Emperor of Qin unified China, and decided the unification and standardization of the characters. Qin Zhuan, Small Zhuan or Seal Script was created. Official Script or Lishu was also initially created in Qin Dynasty. It was a great development of Chinese characters, and the foundation of the various schools of Chinese traditional calligraphy. The representative calligraphy works of Qin Dynasty: The Mt. Tai inscription (泰山刻石).
Han Dynasty (202BC-220AD)

An important time for Chinese calligraphy developing, the Han Dynasty (including the West Han and East Han Dynasties) saw the evolution from Zhuan to Lishu, and then to Zhangcao, Kaishu (Regular Script) and Xingshu (Running Hand). Lishu was the commonly-used font in Han Dynasty, with various character styles, while bronze inscriptions and Zhuan ware less used and gradually faded away, except that they were still used on the seal and eaves tiles. The representative calligraphy works of Han Dynasty: Mawangdui silk books (马王堆帛书), Stele with an Eulogy on the Reconstruction of the Road in the Western Gorge (西狭颂), Stele of Xianyu Huang (鲜于璜碑), Stele of Mt. Hua (华山碑), Stele of Shi Chen (史晨碑), etc.
Wei-Jin Dynasties to the Norther and Southern Dynasties (220 - 589)

Chinese calligraphy continued to develop, and the Chinese characters were basically fixed. Zhong Yao (钟繇) and Wang Xizhi (王羲之), the two greatest masters of Chinese calligraphy were born. Their works have greatly influenced the later generations and the Korean and Japanese calligraphers. The representative calligraphy works of this period include: Xuan Shi Biao (宣示表) by Zhong Yao, Preface of Lanting (兰亭集序), Leyilun (乐毅论) and Shiqitie (十七帖) by Wang Xizhi, Ode to the Goddess of the Luo River (洛神赋) by Wang Xianzhi (王献之, son of Wang Xizhi), Bo Yuan Tie (伯远帖) by Wang Xun (王洵). 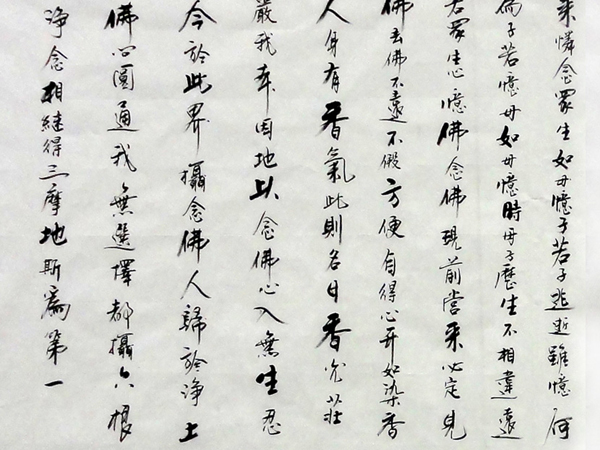 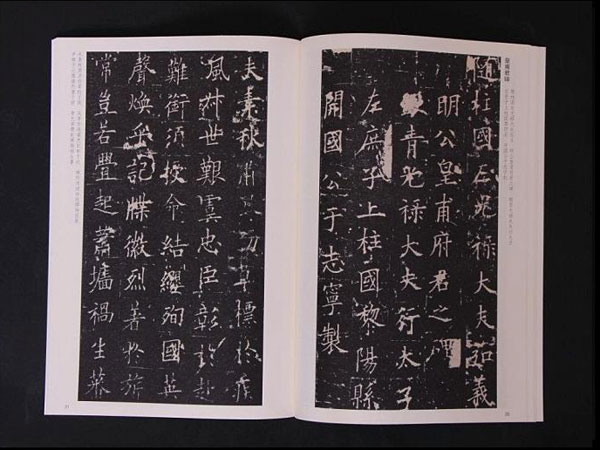 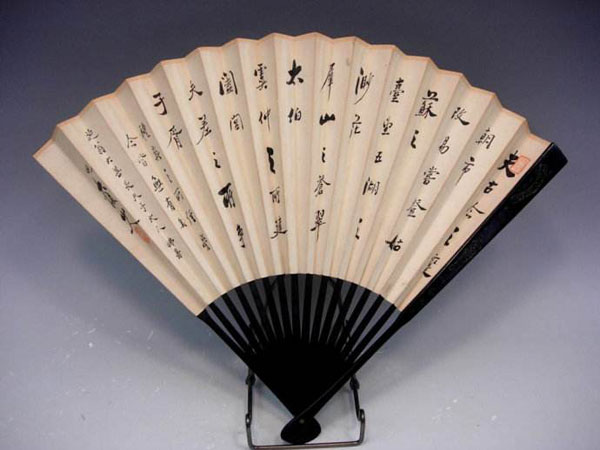