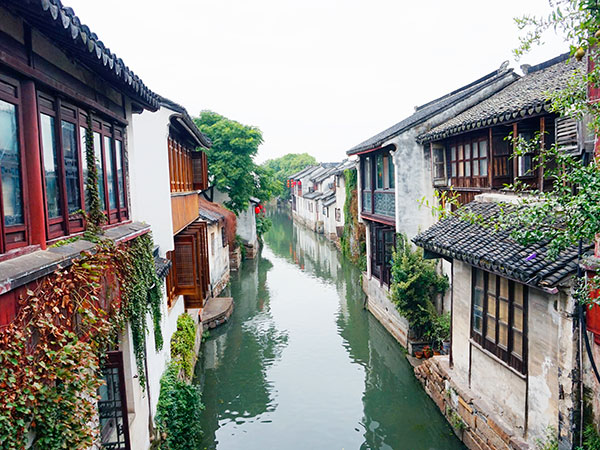 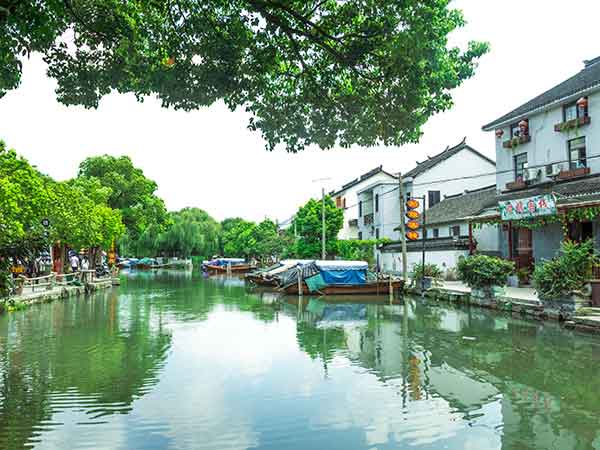 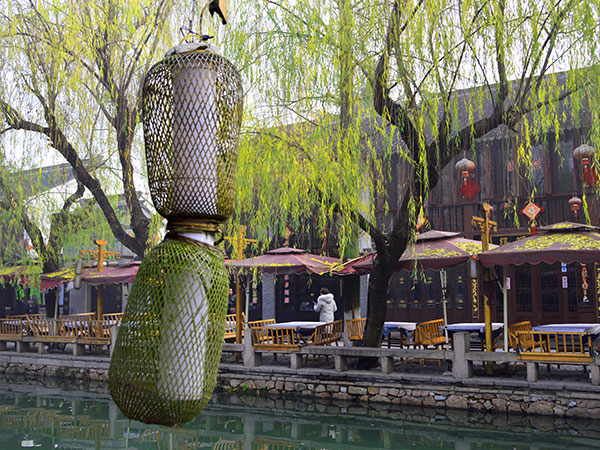 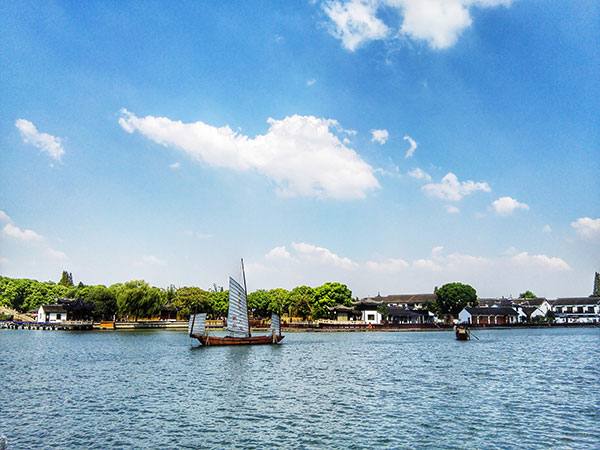 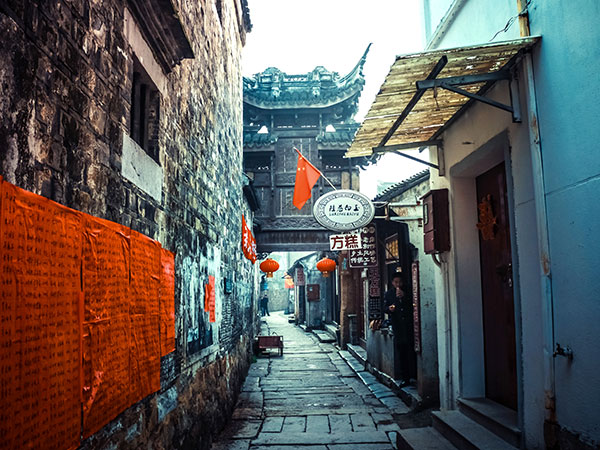 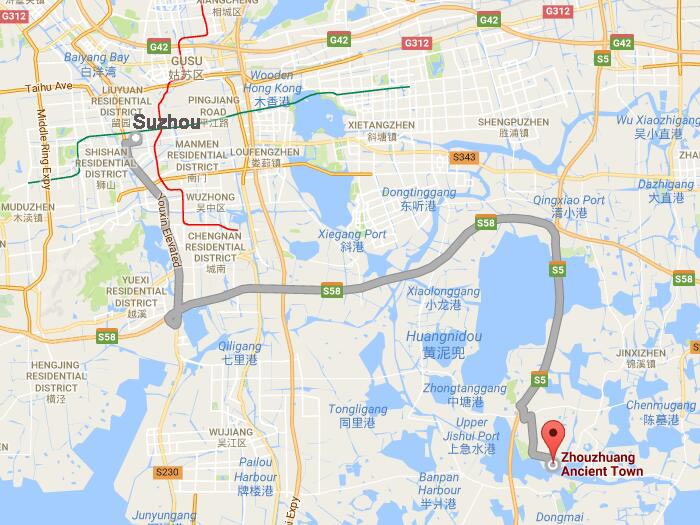 One of the world-famous water towns in China


Zhouzhuang Water Town lies at the middle between Shanghai and Suzhou, is an ancient town of Kunshan City, Jiangsu Province, where abounds with rivers and lakes. So it is thought by many to be the best waterside town in China. This ancient town has a history of more than 900 years old with many houses built in the Ming and Qing Dynasties. There are about 100 houses with courtyards, and 60 of them have arch gateways made by carved bricks.

With lakes on four sides, the beauty of Zhouzhuang is specially to be found along the waterside lanes and around a number of the stone bridges. A different vista at every turn can be found here. All those make a visit most enjoyable. Also, one can enjoy the fairyland atmosphere of the evenings here when the myriad stars twinkle as though in communication with the glittering lights.

In 2004, Zhouzhuang together with Tongli Water Town and Luzhi Water Town were listed in the tentative list for UNESCO World Heritage Sites. With the rapid modernization of China, large number of historical towns disappeared under the bulldozers, with only a handful of well preserved historical townships remaining today. 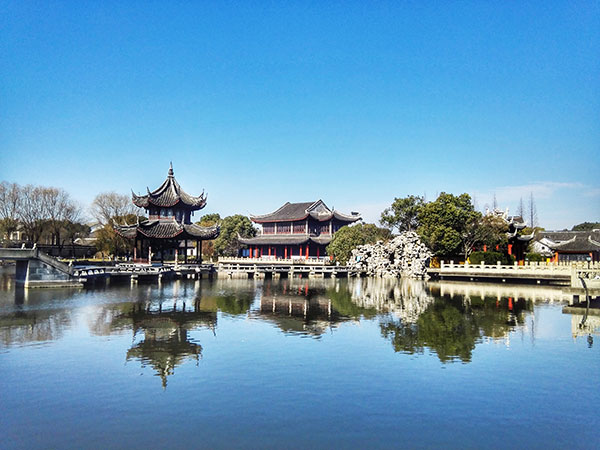 Highlights to See in Zhouzhuang

【The Double Bridge (Shuang Qiao)】 It is composed with Shide Bridge and Yongan Bridge, which is sited in the center area of Zhouzhuang Water Town. It is the symbol of Zhouzhuang. The reason why it called Double Bridge is the Yongan Bridge is north-south and the bridge arch is square, and the Shide Bridge is east-west and has a round arch. It looks like the key that used in the ancient times. These two stone bridges, built in the Ming Wanli before AD 1573 - 1619, Shide Bridge was funded by Xu Song Quan and Xu Zhu Xi, and Yongan Bridge was funded by Xu Zheng Wu. The two bridges were rebuilt in the Qing Dynasty. Double Bridge is the best place to expresses the ancient water town's charm: clear water, green trees and small boat cross through the bridge aperture. It attracts teachers and students of art from different areas of the county to draw in the four seasons, and photography lovers take camera and select the best shooting angle.

【The Hall of Shen's Residence】 it was built in 1742 and used to be the private property of Shen Benren, the descendant of Shen Wansan. Shen Wansan was the first millionaire of the south of Yantze River in the the late Yuan and early Ming Dynasty. His property was envied by the King and he personally collected money for repairing one-third of the Ming city wall of Nanjing. The whole building is Qing-style and occupies an area of more than 2,000 square meters (half an acre) and over 100 rooms. It is composed of three parts. The front part is the wall of the water gate and pier, which is used to moor boats and wash clothes by Shen's families. The middle part includes the gate tower, the teahouse and the main hall. Teahouse and main hall are used for receiving guests, and handling weddings, funerals and other events. The furnishings in here are all very elegant. The last part is a two-storied dwelling which consists of several buildings. It is quite different from the main hall, being more comfortable and refined in pattern and atmosphere.

【Fu'an Bridge】 it was originally built in 1355, and then repaired by Shen Wansi, who is the younger brother of Shen Wansan. After repaired, it became a stone arch bridge and was renamed the bridge as Fu'an. The unique trait of the Fu'an is the perfect combination of the single-arch bridge and the bridge tower buildings. The bridge towers have tearooms, restaurants and stores, and are good places to appreciate the views while taking a rest.

【Quanfu Temple】It is a landmark in Zhouzhuang. There is stairs up to the tower roof. When visitors reach the top of the tower, they can enjoy the whole landscape of Zhouzhuang. The temple was built in 1987, being a set of ornamental and practical antique-shaped water tower. The temple has 5 layers and 33 meters high.

【Chengxu Taoist Temple】It was built during 1086-1093 of the Song Dynasty, having a history of has more than 900 years. It was also known as “Sanctity Hall”. After several periods of expansion, it is one of the most famous Taoist temples in Wuzhong Region. The main buildings in Chengxu Taoist Temple include Wenchang pavilions, Yuhuang pavilions and Shengdi pavilions.

Interesting Things to Do in Zhouzhuang 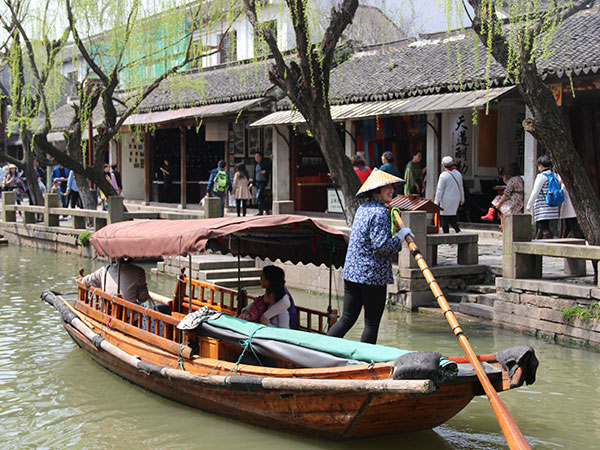 Taking a Boat Cruise would be an interesting experience to touring around a water town. There are two kinds of boats you can take to enjoy the water-way beauty of the town. One is by paddle boat, and the other is by gaily-painted pleasure-boat. There are hundreds of paddle boats along the water way in town. By paddle boat could be one of the relaxing way to wondering around the water town. While gaily-painted pleasure-boat is usually 22.6 meters long and 5.5 meters wide, with luxurious decoration, air conditioning, tea offering, etc. It is up to you to choose one of them to touring along the water way.

Zhouzhuang Nightview looks amazing. If you have plenty of time, you can visit Zhouzhuang at night and appreciate light show. Staying one night there would be another great experience. 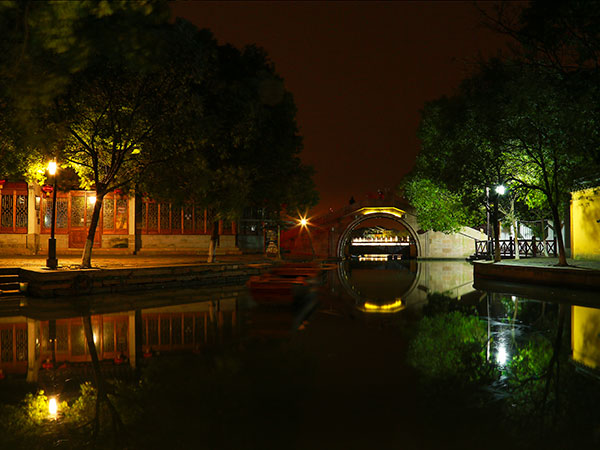 How to Get to Zhouzhuang Water Town