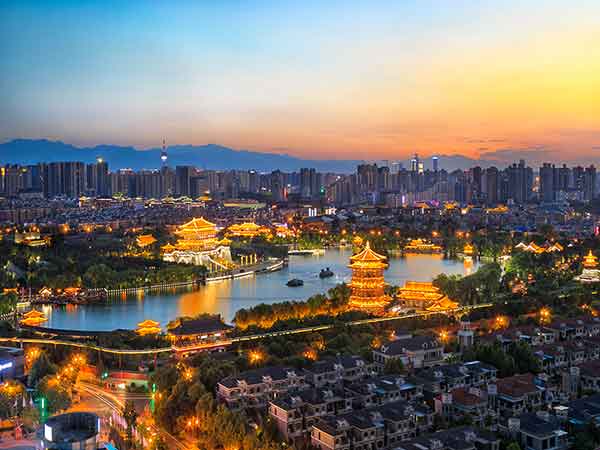 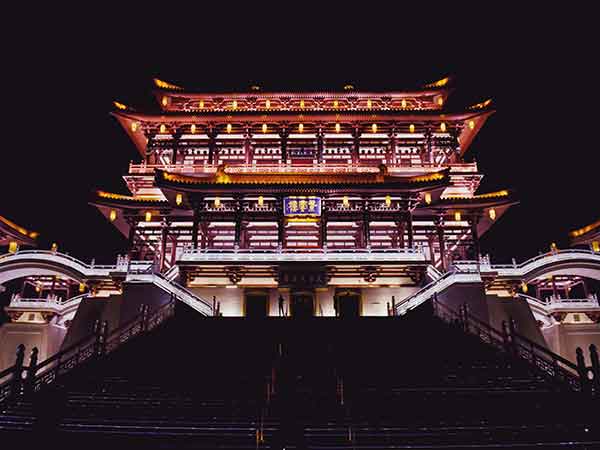 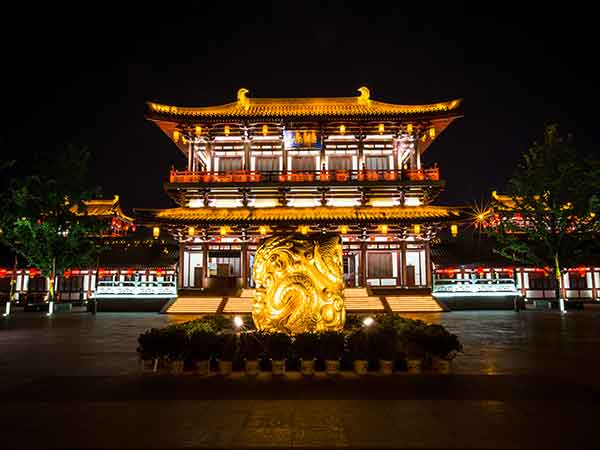 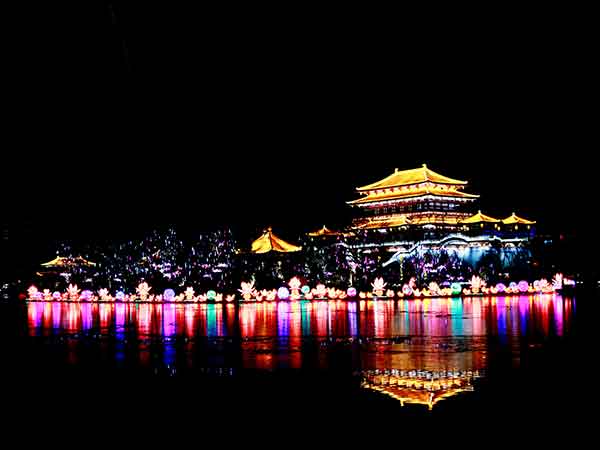 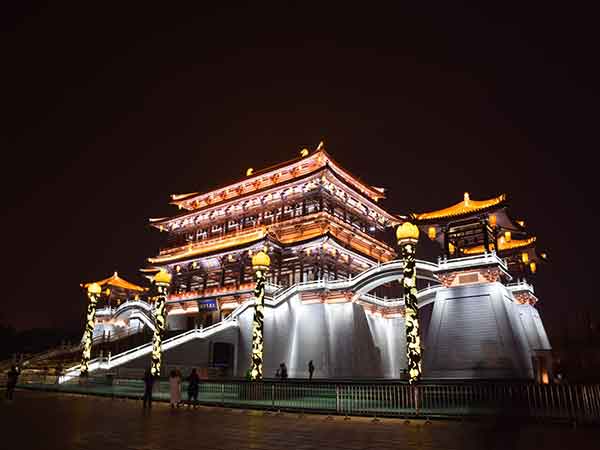 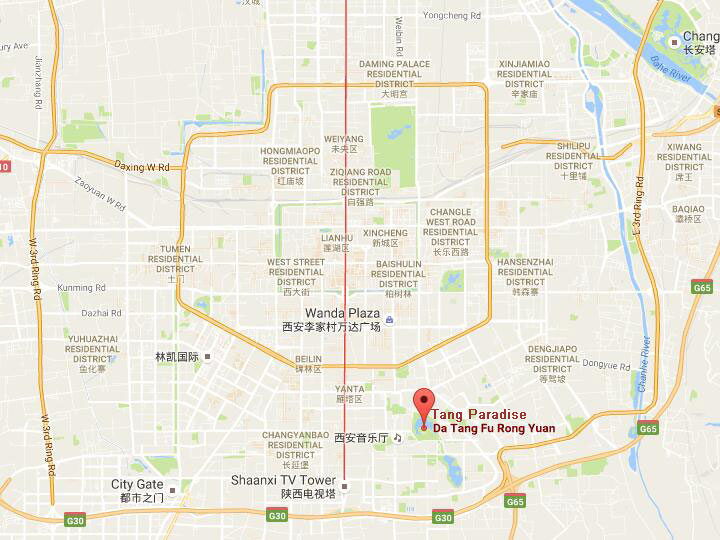 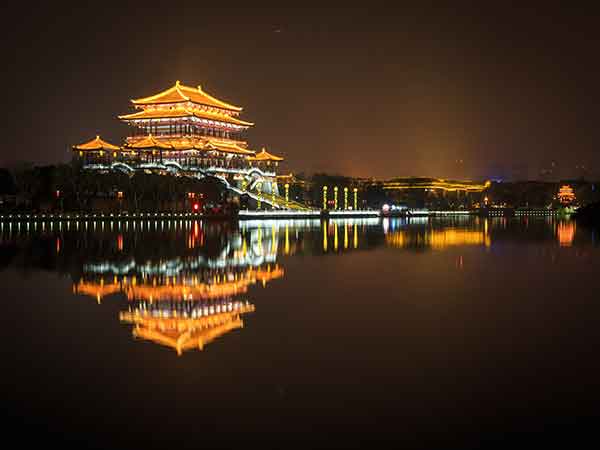 【Emperor Culture Area】
Emperor Culture Area, represented by Ziyun Building-the landmark of the whole park, shows the demeanor of Emperor of Tang Dynasty. The Ziyun Building, according to history record, was built in the fourteenth year of Taiyun Period in Tang Dynasty. When holding the Qujiang Assembly, the Emperor Xuanzong of Tang would come to the building to enjoy singing and dancing, offer banquet and feasting his officials. According to the record, the Ziyun Building was rebuilt in the center of the park, and is one of the main tang-style buildings with 4 layers, showing the emperor culture of Tang Dynasty in prosperous period.
【Water Show Area】
At the surface of the lake in front of the Guanlan Platform of Ziyun Building, there is the world-class large-scale modern water landscape combining water curtain movie, music fountain and laser flame spray. The world's largest - water curtain movie, 120 meters high 20 meters wide curtain of water to laser-ass isted, highlighting the flow of water on the texture of the water curtain.
【Song and Dance Cultural Area】
Located south of Ziyun Building, the Fengmingjiutian Theater, is Tang charm and modern Royal Theatre in song and dance culture area. The theater is resplendent and magnificent, reflecting the royal demeanor. Dreaming Back to Tang Dynasty is flagship show, is choreographed song and dance drama by the best director squad in China.

【Women Cultural Area】
Ladies Pavilion and Caixia Pavilion are the representatives of Women Culture Area, showing the spirit of women of Tang Dynasty. Ladies Pavilion takes the Wangchun Pavilion as the center from the aspects of costume, sports, politics, love and other aspects comprehensively showing the positive, optimistic and confident spirit of women in Tang Dynasty. The north hall of Ladies Pavilion has performances to show the gorgeous costumes, brilliant colors, beautiful ancient music, and dynamic display of the ladies of the Tang Dynasty style. The total length of the Caixia Pavilion is nearly 300 meters, with the water extends from north to east, bordering the lake sometimes, and sometimes on the lake. It just looks like pink clouds, showing the legend of women in the Tang Dynasty.
Except for the above culture areas, there are Tea Culture Area, Poetry Cultural Area… which are all very worthy for a visit to see the culture ot Tang Dynasty.

Note:
1. There is no Music Fountain Show from Nov. to Jan., except the spring festival.
2. Performances are free in the park except the Dreaming Back to Tang Dynasty; the performance program can receive at the entrance of the park.