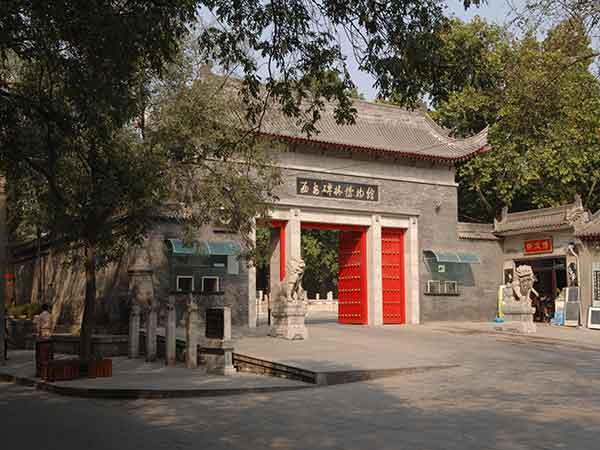 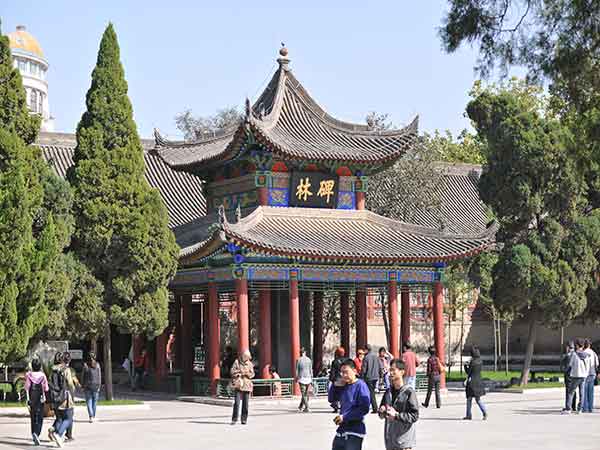 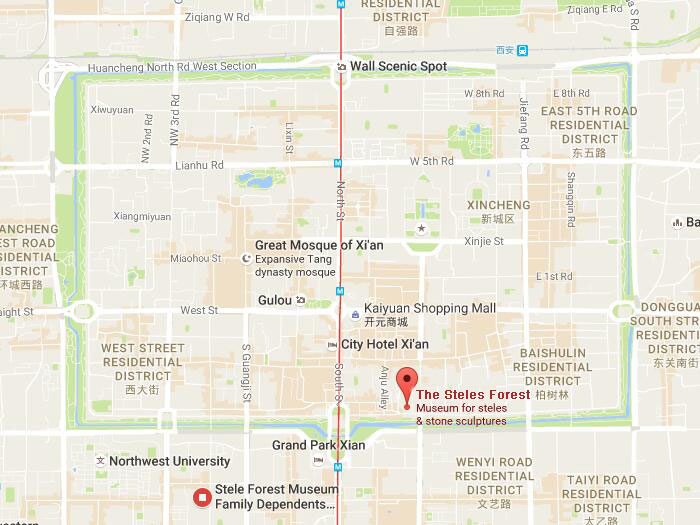 Xian Stele Forest (Bei Lin) Museum is located near the south gate of the Xian City Wall. Once the site of the Temple of Confucius during the Northern Song Dynasty it was officially re-named as the Forest of Stone Steles in 1992.

It was first constructed in 1087 (the second year of the Yuanyou reign period of Emperor Zhezong of the Song Dynasty) to preserve Kaiyuan Stone Scriptures of the Tang Dynasty. And in order to preserve these works well and pass them down to later generations, the rulers ordered them to be carved on these stones. The Forest of Steles is a treasure house of the Chinese calligraphic art.

The history exhibition halls introduce the politics, economy, culture and society of the Zhou, Qin, Han, Sui, Tang and other dynasties through cultural relics, pictures, drawings and models. In this museum, we can study the China ancient stone-carving art as well as social systems.

The Steles Forest saved China the most complete set of stone carving books, is li han into two years (AD 837) of twelve books, a total of 114 stone, 228, six hundred and fifty thousand two hundred and fifty-two inscription. These books are intellectuals must read book feudal society of our country. Because of carved into the years, as in the tang dynasty, known as "open into writing".

The Steles Forest is one of the places of that preserved ancient Chinese cultural classics carved stone, is also a place assembled past dynasties calligraphy art." The Steles Forest "name after it had many steles stands in cluster as forest. The Steles Forest have more than nine hundred years history, famous for its unique collection and become the Chinese and foreign art treasures.

All year round. The peak season of traveling to Xi’an is in the spring and autumn. In summer the temperature is high with strong ultraviolet ray. It is easy to cause heat stroke under the blazing sun for quite a long time in outdoor, and sometimes it will rain, so tourists should watch the weather forecast in advance before visiting. What’s more, tourists need to put on sunscreen and try to avoid ultraviolet rays during the day time travel; Winter temperature is low, the wind is piercingly cold, only suitable for indoor attractions visiting.