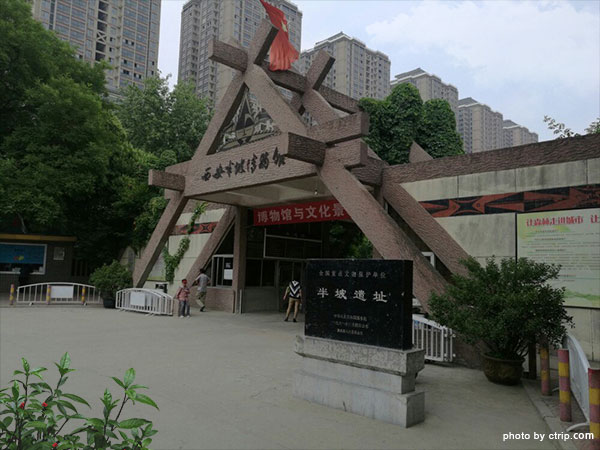 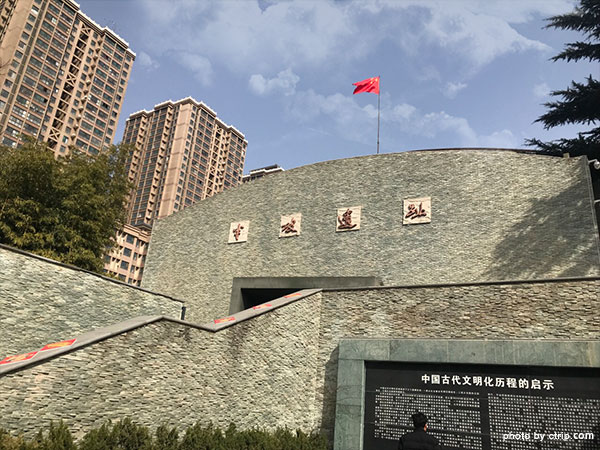 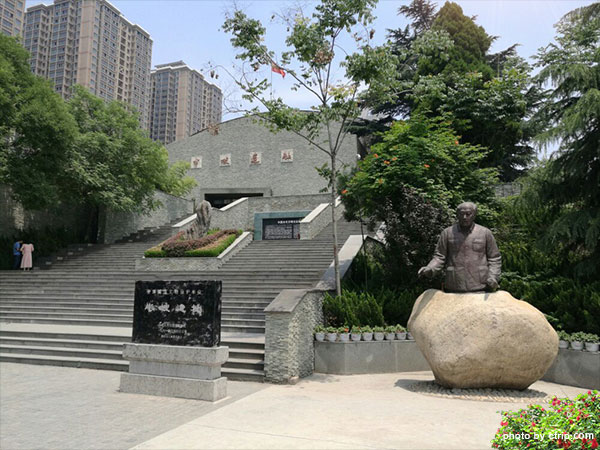 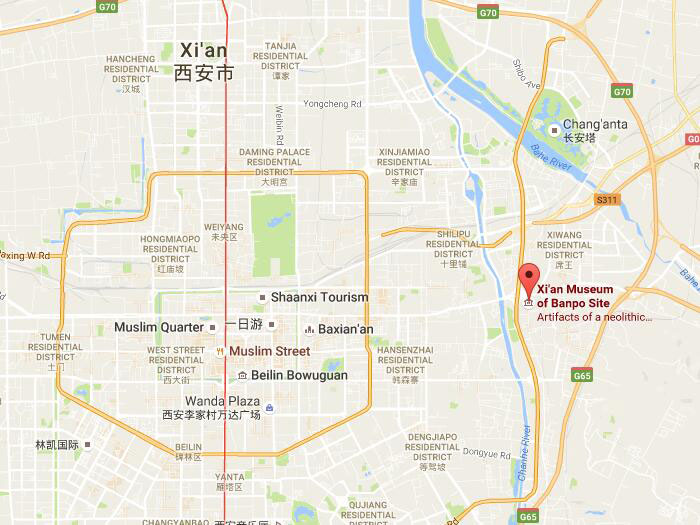 Banpo (Chinese: 半坡, Bànpō) sites is the largest and best-preserved Neolithic Yangshao cultural village sites at China's Yellow River basin. Banpo Neolithic Village Museum is built around a historical site consisting of the remains of a 6,000 year-old village once home to a matriarchal clan community. It is the first Prehistoric site museum in China, located in Banpo Village, 6 km away from Xian city,. This ruin is six kilometers east of Xian. This excavated site of a village dates back to 4500 BC and was discovered in 1953.

Banpo Sites belong to Neolithic Yangshao culture. It was discovered in 1953. From 1954 to 1957,Institute of Archaeology of Chinese Academy of Sciences had excavated for 5 times, with a total area of 50,000 square meters, exposing an area of ​​10,000 square meters. The sites can be dated back to 4800 BC - 4300 years ago. Banpo Neolithic Village Museum was built in 1958 on the ruins.

Banpo Neolithic Village Museum’s display and exhibition area is ​​about 4,500 square meters. It has 3 parts: Cultural Relics Exhibition Hall, the hall of the Banpo Sites and Auxiliary Exhibition Hall.

【The Site Hall】 the Site Hall is about 3,000 square meters including the residential, pottery making and buri
al section. The residential section is the main part of the site. There are huts, kilns and tombs. The site gives us an impression of the aboriginal village and the living condition of the forefathers, reflecting the civilization of that period of time.

【Cultural Relics Exhibition】 The cultural relics exhibition is consisted of the Hall 1 and Hall 2. The two rooms are displaying the production tools and household items. Site hall is 3,000 square meters, which is a part of the original village.

【Auxiliary Exhibition Hall】 there are the Hall 3 and Hall 4, which mainly holds special subject exhibition about prehistory.

【Banpo Matriarchy Village】It is the extension of Banpo Museum. It takes protection of the ruins as the prerequisite, according to archaeological data, moved the the precious heritage from underground on the ground, three-dimensional reappearing the human matriarchal society.

The distinct culture of these villagers was known as Yangshao culture. This kind of culture emphasizes the importance of women. So, there are more female tombs and graves here than male, and the women graves contain more objects and valuables than their male counterparts do.

From this museum, we have got some information of that age. The living section of Banpo Village occupied an area of 30,000 square meters. It was surrounded by a moat to protect the village against wild animals and floods. The largest among the remains of the 46 houses, located in the centre of the living area is possibly a meeting hall. There are cellars to store grain and tools outside the houses, and they illustrate the equal distribution and communal features of the society. It is a fascinating peek at the birth of civilization.

Today, the site itself is pretty flat and uninspiring. It takes a lot of imagination to picture how this place used to be and the Disney-style "Yangshao Village" which has been reconstructed at the site makes this area less appealing.

【Collection Amount】 30000 items
【National Treasure】 A basin with human face and fish patterns
【Best Time to Visit】 All year round.
【How to get There】
1.Take bus to Banpo Neolithic Village Museum Station (Ban Po Bo Wu Guan)
2.Taxi: it is about 10 km from the Xian Railway Station, and driving for about 20 min.