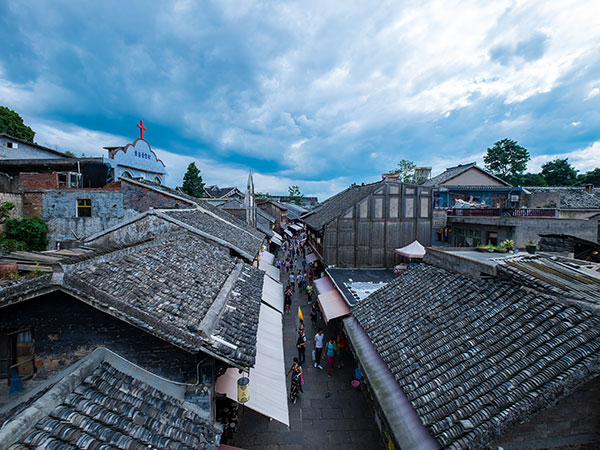 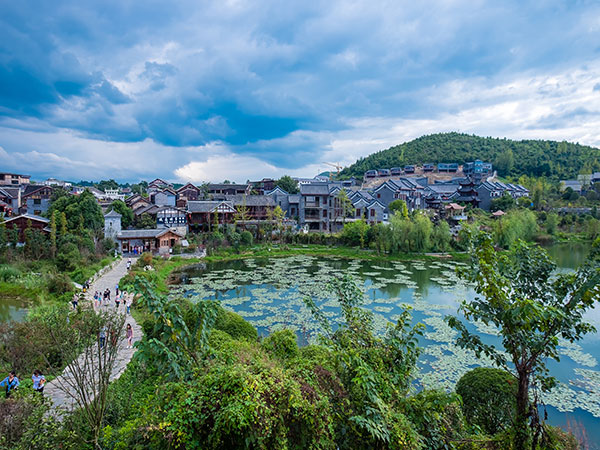 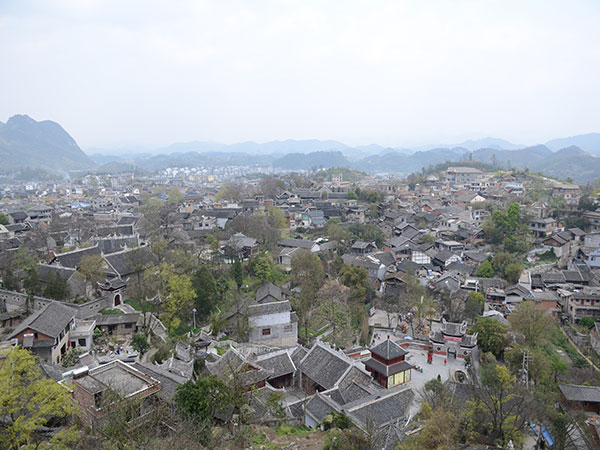 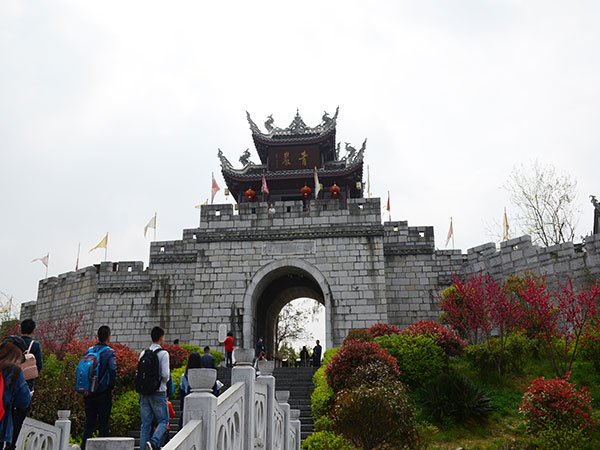 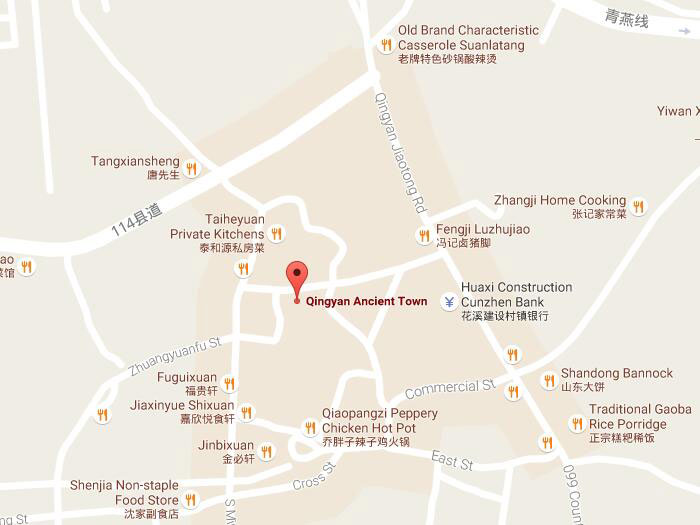 One of top 4 ancient town in Guizhou.

The old town covers 3 square kilometers and follows the style of Ming and Qing dynasty. Some inside structure is also preserved well up to present. It includes nine temples, eight joss houses, five pavilions, three caves, two ancestral halls, one palace and one yard, 30 in total. Such age-old buildings are characterized by majesty vigor and wonderful craftwork, which will make tourists acclaim as the peak of perfection.

Located in the south of Guiyang city, Qingyan Ancient Town is about 29 km away from downtown, 12 km from Huaxi south. Qingyan ancient town is a famous historical and cultural town in Guizhou, it's one of four big ancient towns in Guizhou province (others are Zhenyuan, Bingan and Longli ancient town), formed by Hongwu 10th year of Ming dynasty (1378) which has six hundred years of history.

The culture atmosphere here is rich that there are many gathering of talents. Because there are a lot of cyan stone near the town therefore this town named Qingyan town (means Cyan stone town). During Ming dynasty it was a military fortress of the special geographical position, followed by hundreds of years, after repeated building expansion, the soil walls were replaced by stone walls, and streets were stone pavement. Around town is encircled with wall, divided into inner and outer city, assembled with a square stone, in the wall there are watchtowers, crenels and battery.
Qingyan Ancient Town without the noise of the bar, it is a primitive simplicity small town, and near the top summer resort Guiyang. Foreign culture was introduced quietly through the path into the town. Religious influence is especially typical; among ancient towns in China it has hardly such scenery of “the unity of four religions” like Qingyan Ancient Town. In Qingyan, Buddhism and Taoism temple is very popular. Buddhist temple, although is not big, but with rigorous layout there is a lot of exquisite workmanship, such as stone carving art of Ciyun Temple and the woodcarving in Shoufo temple in Guiyang are high-quality arts. Not far from the gate of temple is the Christian church where Christians listening to the white-haired old man interpret the bible in church. And there is Taoist temple.

【Transport】：From Guiyang to Qingyang is 28 km, to Qiantao is 40 km, to Gaopo is 60 km, people can take passenger bus going the way of Guiyang-Huaxi-qingyan-Qiantao-Gaopo, And also people can take bus to Huaxi first and then transfer to Qingyan by special line bus.
【Best time to go】：Spring, summer and fall is the gold season to travel there
【Recommended tour time】: 2 days