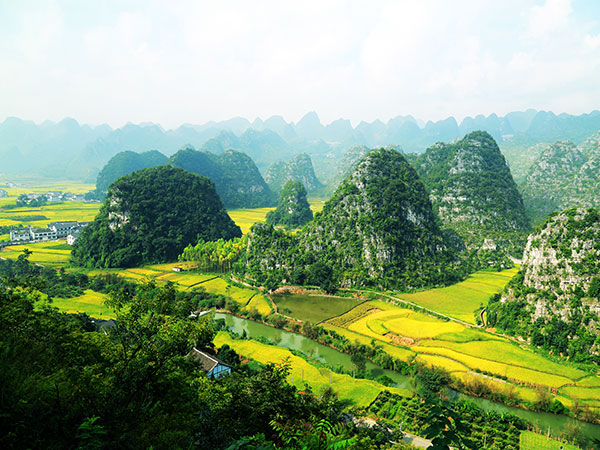 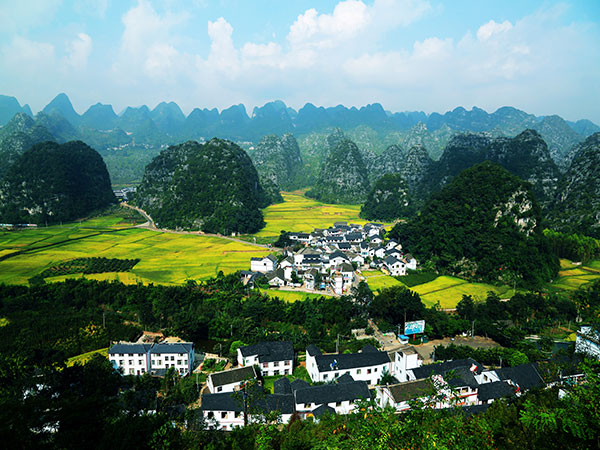 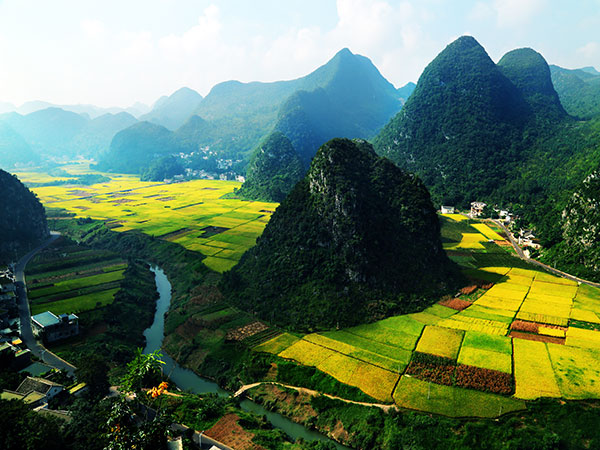 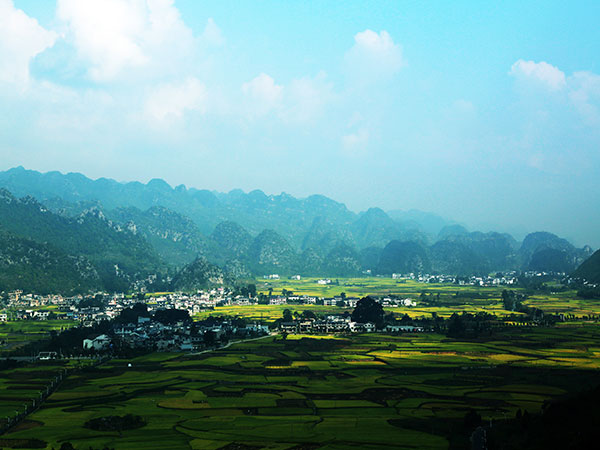 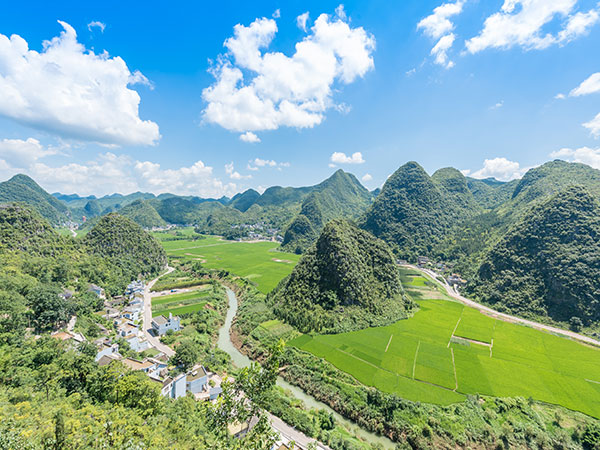 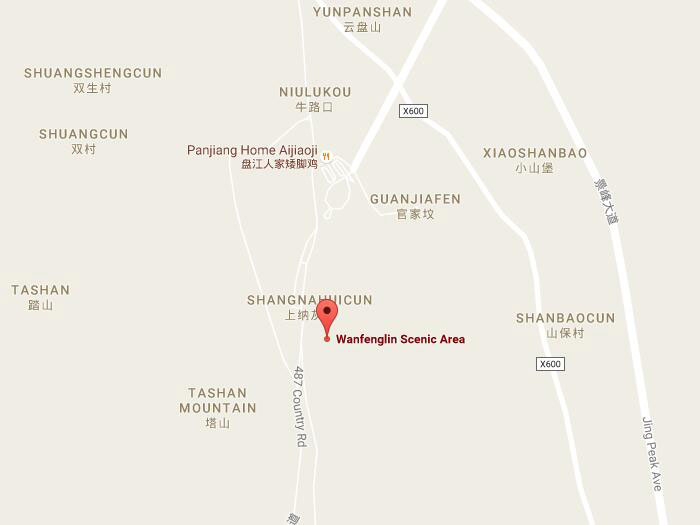 Wanfenglin (Forest of Ten Thousands Peaks), 4.5 miles away from Xingyi City which is divided into east peak forest and west peak forest with different scenery, and it is a classic Karst landform. Wanfenglin is the important component of national scenic area Maling River Canyon. East peak forest is characterized by Karst peak cluster landform, and west peak forest is highland Karst landform. Due to grand and beautiful scenery and perfect style, Peak Forest has a sense of wonderland. It is as if you steeped into a scroll painting of green-grey peaks and golden fields and you may feel like entering a paradise.

Wanfenglin is the important component of Maling River Canyon, consisting of thousands of mount in the southeast of Xingyi city in Guizhou province. It is grand and magnificent with peculiar style, and it is praised as “marvelous spectacle in the world”. It is not far away from center town of Xingyi city, around ten minutes. Although it is near downtown, but it is different from city, it is not as noisy as downtown; on the contrary, it is quiet and peaceful. You can not only see beautiful scenery here but you can enjoy minority folk custom also. And it was awarded as “national key scenic area” “one of the most beautiful peak forest in China” “national geological park” and “national AAAA level tourism scenic area”.

Xingyi city is located in the joint part of Guizhou province, Yunan province and Guangxi province with a classic Karst landform. Three hundreds and sixty years ago, when geographer and traveler Xu Xiake in Ming dynasty mentioned Peak Forest, he praised highly of this Peak Forest and said, “There are many peaks and mountains in the world but only the peaks here can be called peak forest.”

Wanfenglin, with an altitude of 2000 meters, spreading into a fan shaped, extending to Anlong and Fengzhen. Northwest is higher and southeast is lower, and it is tilting to the Yellow mud river. The whole Peak Forest is 200 miles long, 30 to 50 miles wide, and with an area of 2000 square kilometers in the Xingyi city. According to the form of Peak Forest, it is classified into Array Peak Forest, Sword Peak Forest, Dragon Peak Forest, Arhat Peak and Folding Peak.