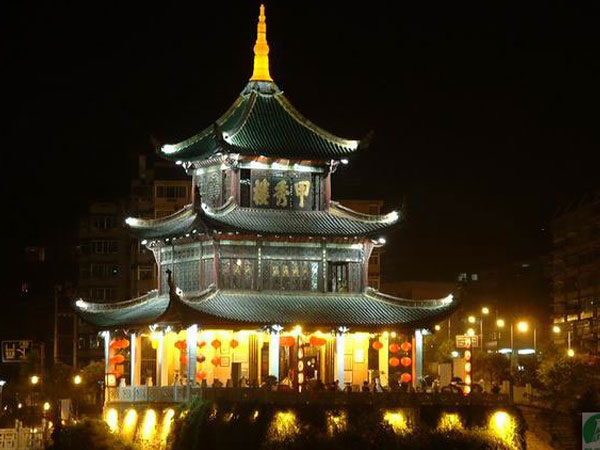 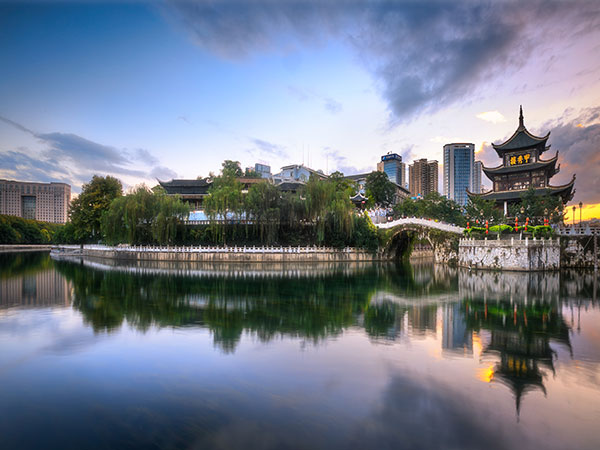 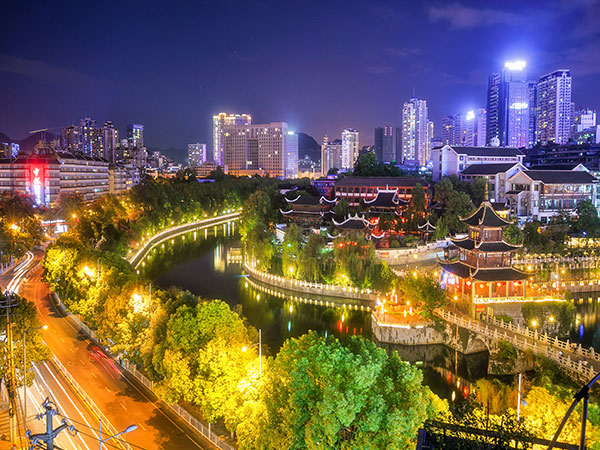 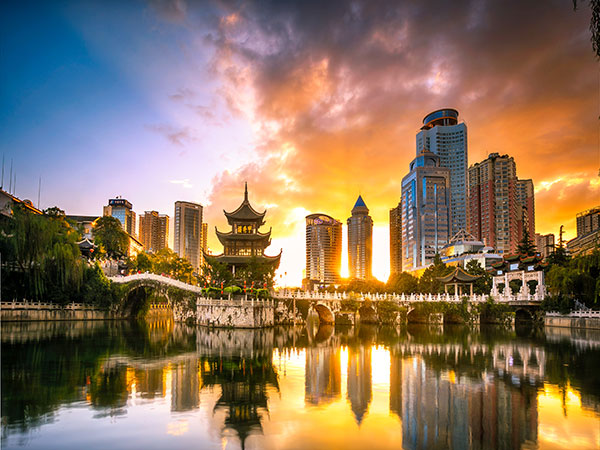 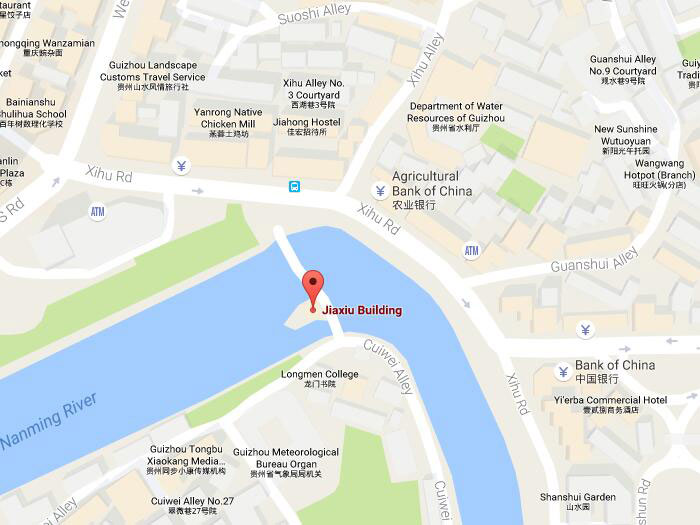 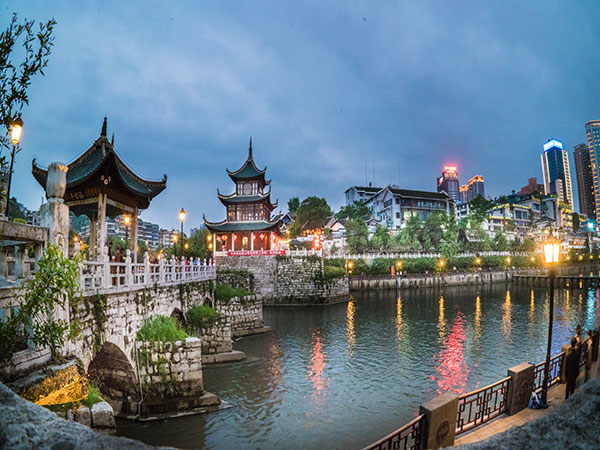 Sitting on a huge rock in the Nanming River in the southern part of Guiyang, Jiaxiu Pavilion is first built in the 26th year in the reign of Wanli in the Ming Dynasty (1598). Jiaxiu Pavilion got its names since the builder believed that people in Guiyang are the finest and most talented under heaven that is the internal meaning of Jiaxiu in Chinese.

Jiaxiu Pavilion is a magnificent three-storied building 20-meter-high with three eaves and a pointed top, containing carved windows and red lattices and upturned eaves on all sides. Downstairs is the Floating Jade Bridge which spans both north and south banks. Under the bridge, the clear blue swirling water forms a pool named Hanbi. When night falls with all the lights on, the outline of the pavilion and the bridge are reflected in the river as if it were a fairyland.

In Jiaxiu Pavilion, you can enjoy the rich collection of stone engravings, calligraphy works, paintings and woodworks by ancient artists. Among them, there is a long antithetical couplet with 206 characters written by a member of the Imperial Academy from Guiyang, which has 26 more characters than that one in Daguan Pavilion in Kunming, which claims to be the longest one in the world.

Jiaxiu Pavilion is a magnificent three layer building of 20-meter-high with three eaves and a pointed top, containing carved windows and red lattices and upturned eaves on all sides. This structure in the history of ancient Chinese architecture is unique.

Jiaxiu Pavilion is divided into three parts: the first part is Floating Jade Bridge; the second part is the main building of Jiaxiu Pavilion; the third part Cuiwei Garden. There is wooden memorial archway in the bridgehead of Floating Jade Bridge, written with four Chinese characters "south of the city ruins", and Hanbi pavilion built on the bridge. Under the bridge, the clear blue swirling water forms a pool named Hanbi. When night falls, the outline of the pavilion and the bridge is reflected in the river as if it was a fairyland.

The body building of Jiaxiu Pavilion has rake angle, stone pillars with supporting eaves, carved column. Cuiwei Garden is a building group of ancient Ming and Qing dynasties buildings consists of Gongnan Pavilion, Cuiwei Pavilion, and Longmen academy. And the new Guizhou minority traditional clothing exhibition museum has collection of Guizhou Miao, Dong, Gejia, Tujia, Shui, and Buyi nationality traditional clothing, hand embroidery, folk wax printing more than hundreds of pieces, which is amazing. The museum display ethnic costumes and crafts, which is the embodiment of the Guizhou ethnic minority culture and art, but also the pride of Guizhou minority.