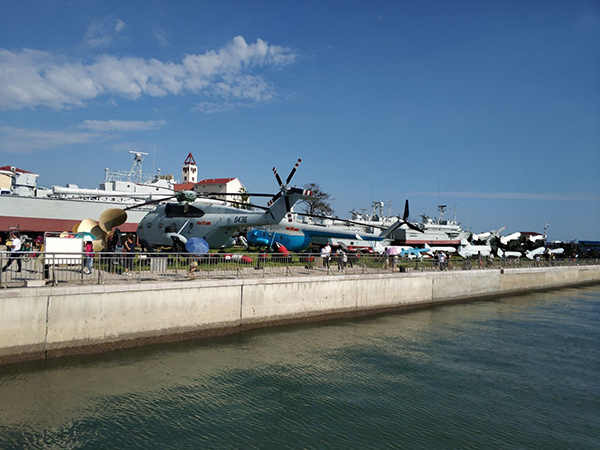 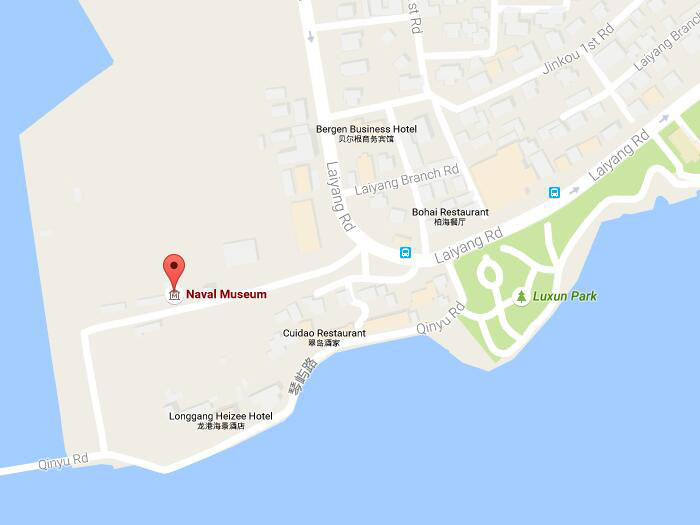 
Qingdao Naval Museum is the only military museum to exhibit collections in the development of Chinese naval filed. Built in 1989, this naval museum lies to the west of the famous Lu Xun Park and faces Zhan Bridge across the sea, located in the No.8 Laiyang Road.
Naval Museum is the only military museum that record the whole Chinese navy development history in China. Exhibition area of ​​40,000 square meters, located indoor exhibition hall, exhibition of weapons and equipment exhibition and maritime ship area. It comprised of three parts namely the military uniform presentation exhibition hall, the weaponry area and the marine ships exhibition area with approximately 800 articles altogether. The military uniform presentation exhibition hall mainly displays the various types of uniforms from different period since the establishment of the navy in 1949, military rank epaulet, service code, and special professional equipment as well as presents from more than 60 countries to China.

Purpose to Build This Museum

Museum of Chinese naval build a museum purpose: promote the Chinese long history and culture, showing the development of China's naval history, the people of the Navy's combat history of advocacy and achievements to raise the nation's patriotic consciousness and the concept of maritime territory.
It selected as the State Education Commission and the Communist Youth League in the country to determine the 100 patriotic education bases. By visiting, people will see the people of the Navy under the leadership of the Chinese Communist Party, in the hard work, growing up in the fighting, in the twists and turns in advance, glorious history of continuous development and expansion.