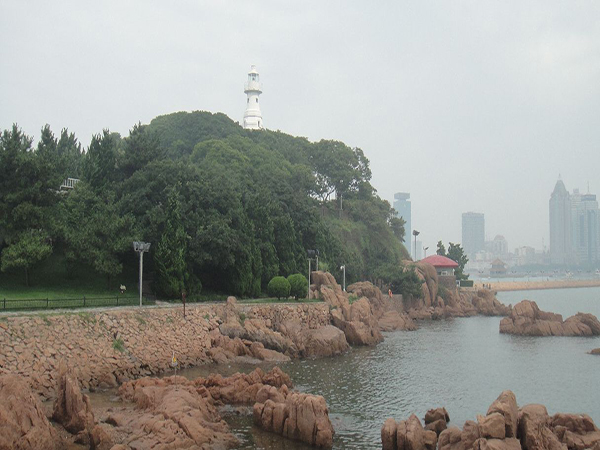 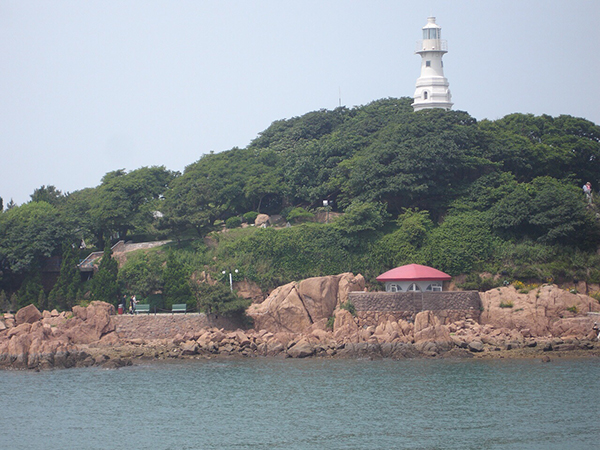 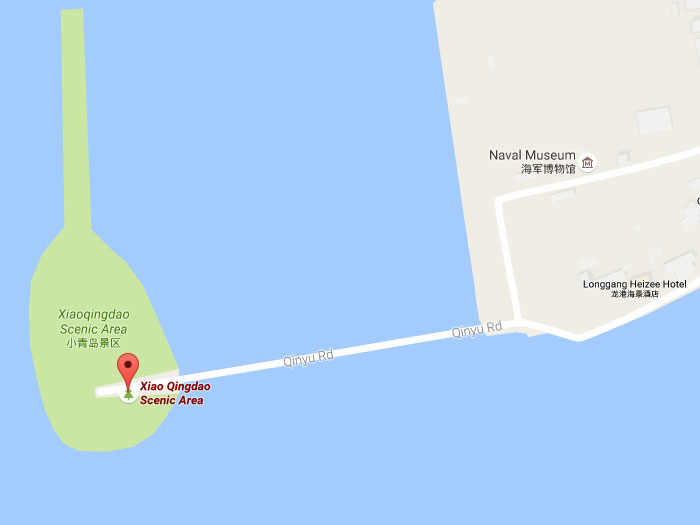 If you ask what the Qindao highlight is, I can firmly say the Little Qingdao Isle. The ideal geography that is on the north side of the Jiaozhou Bay makes this isle avoid heavily environment pollution. Little Qingdao Isle is a symbol of Qingdao. And it also gets another fair-sounding name - Violin Isle, due to the shape of it. Also, the city name Qingdao is named after the isle. The tiny isle occupies an area of 0.024 square kilometers, 720 meters from the coast and 17 meters high above sea level.

When Germans and Japanese occupied the area including this small island, it got two different names. The local residents called it "The Small Qingdao Island". This Island was originally a part of the mainland. Over the years the erosion by the sea gradually isolated the island from the mainland until it reached its present state. As early as the beginning of 1930, the Small Qingdao Island was opened as a park and since the summer of 1988, it has become a spot for tour of Qian Sea.

Now, it is a good area for a brief stroll, giving good views of the Huilangge Pavilion, the rusting submarine and destroyer of the Naval Museum, and, if the weather is right, the nearby Yellow Island (Huangdao) nestling in mists.

The most prominent view on the isle is a white conical lighthouse standing at the highest point of isle. The lighthouse is an important aid to navigation for ships to come in and out of Jiaozhou Bay. The lighthouse was built by the Germans in 1900 and put into use in1915. After liberation of the People's Republic of China, it went through a large scale of repairing. The tower is 15.5 meters high and octagonal. The whole body was built with white marble stones. The lighthouse has two storeys. On the top of the tower is equipped with crystal prisms, which is set as a reflector. The range of it is 12 sea miles, navigating for the traveling ships.