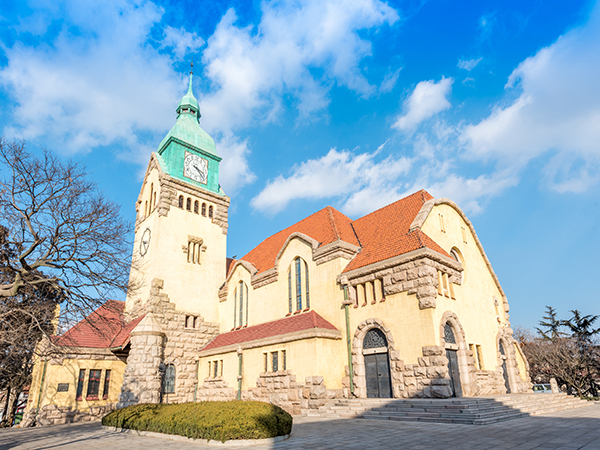 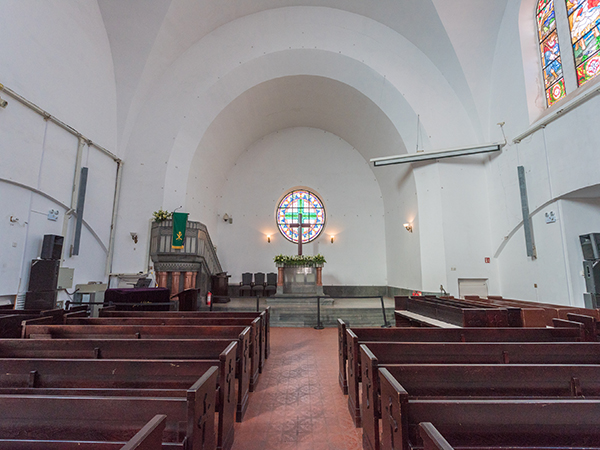 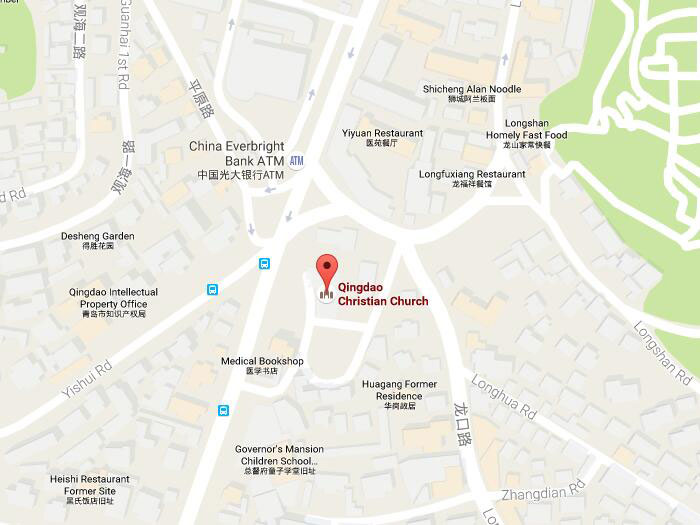 Architecture in the style of a German castle.

It is situated on a slight hill across from the Xinhaoshan Park, on the intersection of several roads. Remarkably endowed with uniquely outstanding exquisite European architectural design styles that enhance the European flavor in Old Qingdao, the buildings made unique combination with the terrain around. The church consists of a bell tower and a Baptistery Although recently renovated this church still retains most of its original style and charm. The base of the walls was built by granite. Exterior granite mined to keep the natural form, there is no trace of machining marks. Protestant Church reeks with such Old World Bavarian charm that upon visiting one half expects to be served goat cheese and hot apple strudel. The adjacent bell tower is the church's true architectural star. Because the majority of facilities of the church are set on the ground floor, the architect designed a large base, so tall bell tower next to the main hall is not be overly attractive. It yawns 39 meters into the sky, highlighted by an old German bell and a large clock face. When it is open, visitors are welcome to climb its steep stairway. Protestant services are still held on weekends.