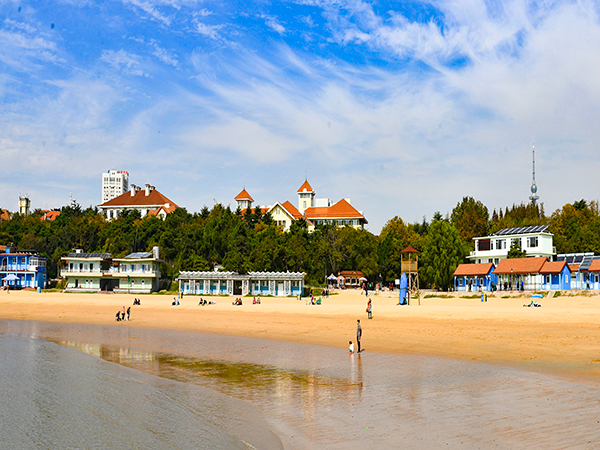 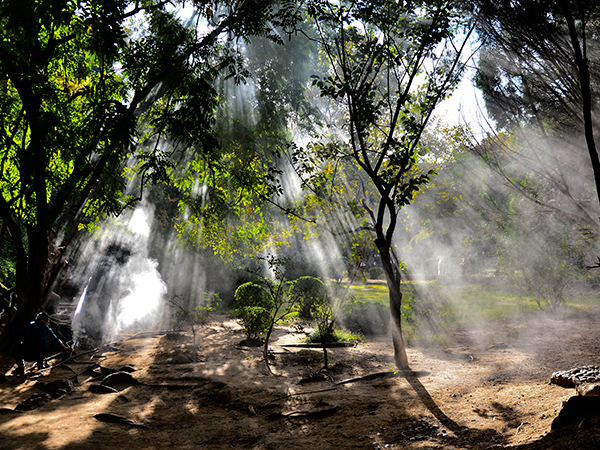 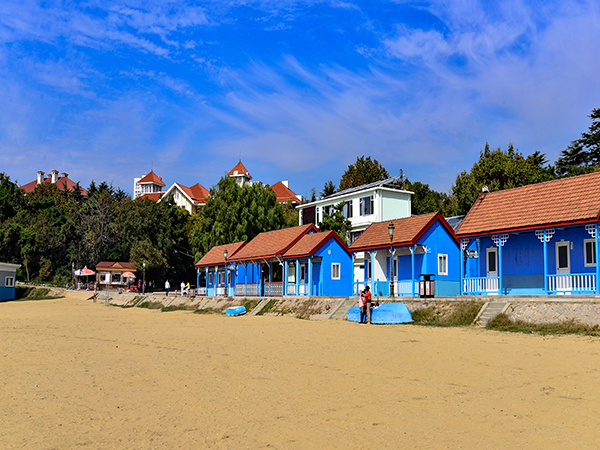 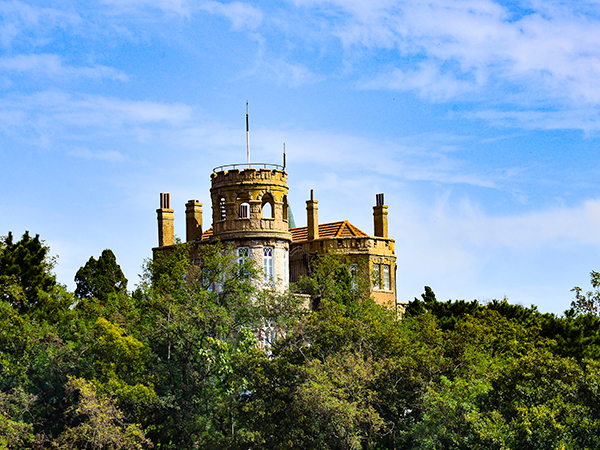 Building with many foreign style.


Sited in the north of Huiquanjiao Scenic Zone, Badaguan, or the "Eight Passes", is a historical street district near the coast line in the southeast of Qingdao, Shandong Province. It faces the rippling tides of Taiping Bay to the south and the sands of Bathing Beach No.3 to the east. The scenic area is the best represent of Qingdao in terms of its "red tiles, green trees, blue sea and blue sky". The area is well-known for combining the architectural styles of different countries in the world incuding Japan, American, Demark, Greece, Spanish, and Switzerland etc. and is known as the "Exhibition of the World's Architecture" in this city. Badaguan (Eight Passes) got the name due to the eight roads (now increased to ten) and they are named after China's eight famous strategic passes. The eight strategic passes of the famous Great Wall in China include Jiayuguan Pass, Juyongguang Pass, Wushengguan Pass Ningwuguang Pass, Shanhaiguan Pass, Shaoguan Pass, Zhengyangguan Pass and Zijingguan Pass.

The area is also home to some unique flora. The ten crisscross roads now have formed a scenic area stretching several Chinese miles. The striking feature of “the Eight Passes” is the combination of parks and courtyards, with lush trees and perennially blooming flowers lining both sides of the ten roads. The flowers bloom in different seasons and give this area its other beautiful name, “Flower Area”. And along the streets are houses built in a variety of European architectural styles.

【Huashi Building】
Huashi Building at 18 Huanghai Road is the most famous and the representative villa in this area. this building has a building area of 753.7 square meters and the area of its yard is 4.5 mu. The main building has five floors and the top layer can catch the view of sea. It is said Huashi Building was built by Gerasimov in 1932, who is a Russian. Its architectural style is typical European-style castle, combining Greek, Gothic, and Gothic influences throughout its five storey hulk. For it was built of granite and cobblestone, so it was named after the building material as Huashi Building.

【Princess House】
Princess House is located on the No.16 Juyongguan Pass Road, delicate and lovely. This building looks like the house in a fairy tale. It was built in the mid-thirties of 20th century, covering an area of 1,000 square meters. In 1920s, the Kingdom of Denmark set up a consulate in Qingdao, maybe that is why there is a kind of this building here.