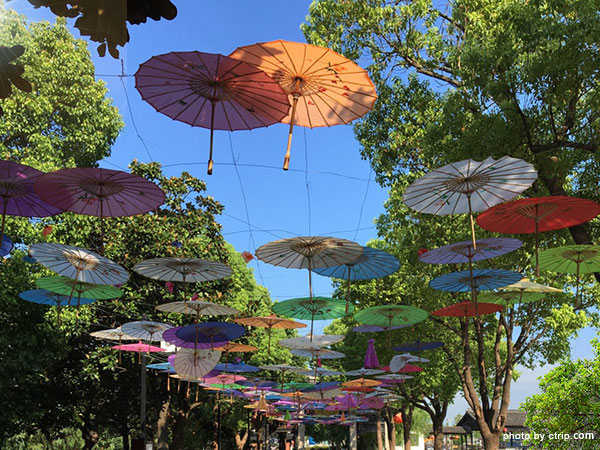 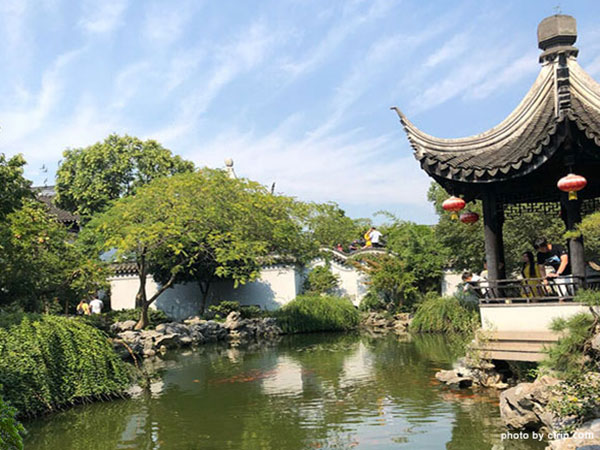 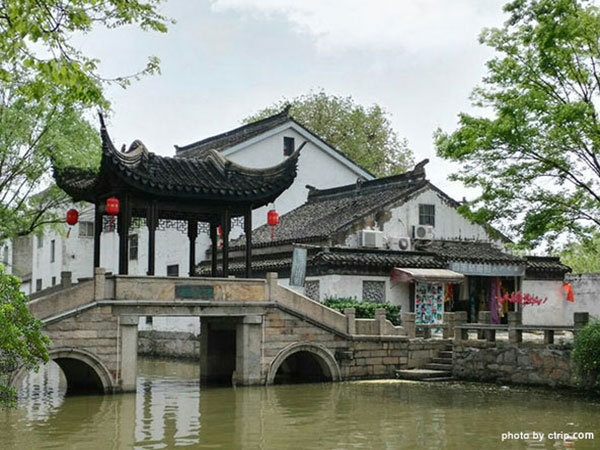 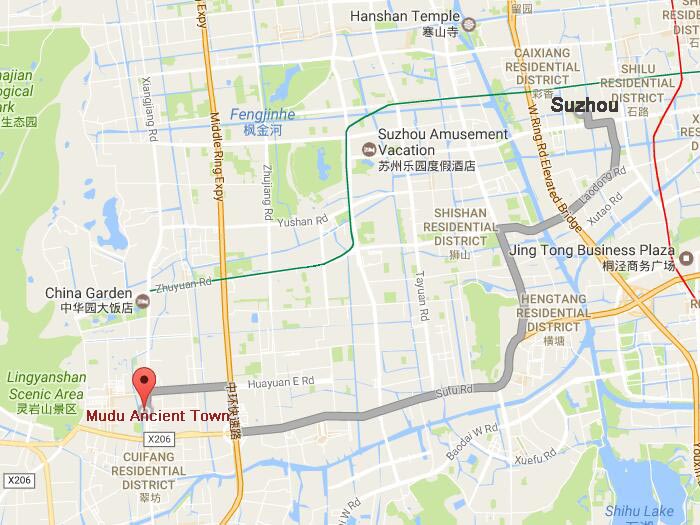 A famous water town in China


Mudu Ancient Town is located in the west of Suzhou City, on the shore of Tai Lake. It is the only ancient town that gets an honorable reputation of Chinese garden town with breathtaking scenery and abundant natural resources. It has an interesting nickname, "Treasure Bowl" for it is surrounded by several famous mountains, such as Tianping, Lingyan, Qizi and Lion hills.

Mudu Ancient Town is over 2500 years old. The name "Mudu", originally meaning the cumulate wood blocks the river, has something to do the Xishi, one of the Four Great Beauties in Ancient China. It is said that during 773BC-476BC, to make Xishi happy, the emperor of Wu ordered the soldiers to build a Guanwa Palace for her. There were so many woods carried here so that the river was block. Here came the name.

【Yan's Garden】Yan's Garden lies in the Shantang Street within Mudu Ancient Town. It was originally the former home of an official governor, Shen Deqian, during the reign of Qianlong in Qing Dynasty. And then it was owned by the richest man Yan Guoxin in Mudu. The garden has delicate design with exquisite and fantastic scenery. The architecture here is unique. It honors to be the "classical work of gardens in south of the Yangtze River".

【Hongyin Mountain Villa】
Hongyin Mountain Villa is sited 200 meters east of Yan's Garden. It is a famous private garden built during 1736 and 1795. The villa has a fantastic landscape of rivers, ponds, pavilioins, blooms and trees. These scenes as a whole form an impressed view for the visitors. Every time the emperor Qianlong visited Mudu town, he would visit the villa to see a play, taste tea and viewing the scenery.

【Bangyan Mansion】
Sited at the Xiatang Street, Bangyan Mansion was the former house of Feng Guifen, a well-known essayist in Qing Dynasty. The mansion features in three carvings, that is, brick carving, wood carving and stone carving.

【Tianping Mountian】
Tianping Mountian is located in the west side of the Mudu Town. The elevation of it is 201 meter. It is called Tianping for it has a flat peak. There are excellent rocks natural springs and aged maples. Especially in autumn, you can appreciate the leaves of maple trees on the mountain. What’s more, the tourists could have a panoramic view of the fields woods, woods, mountains and even the Taihu Lake. Tianping in Mountain, along with Xiangshan Park in Beijing, Yuelu Mount in Hunan and Qixia Mount in Nanjing is one of the four famous scenic spots to appreciate the red leaves of maple trees.

【Best Travel Time】The four seasons of the whole year in Mudu is suitable for traveling, but the spring and autumn is the best traveling time. After you have seen the beautiful sight of Mudu, You can also go to Taiping Mountain to see the red maple leaves.