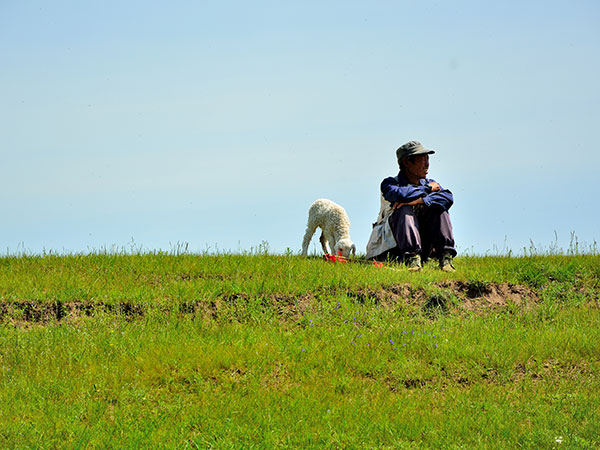 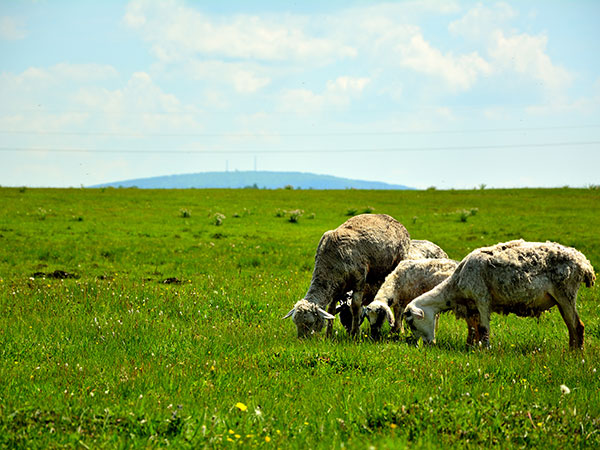 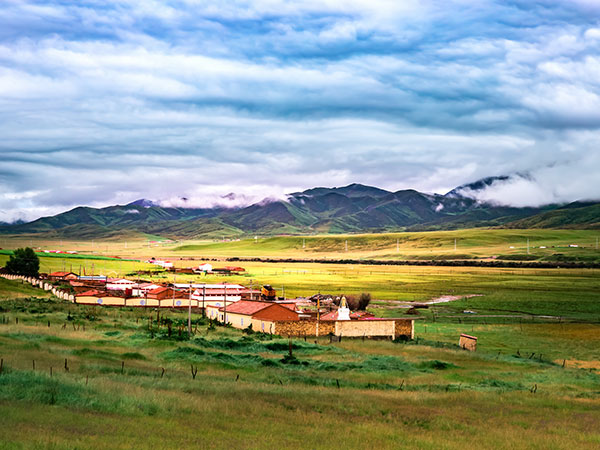 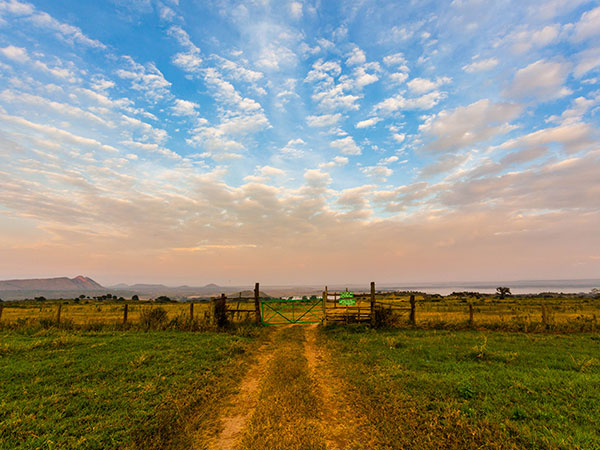 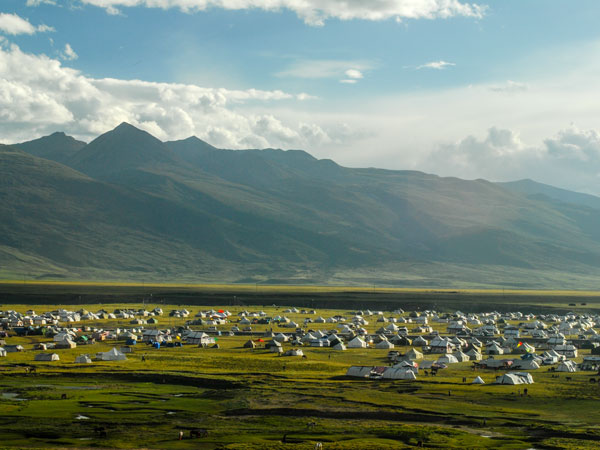 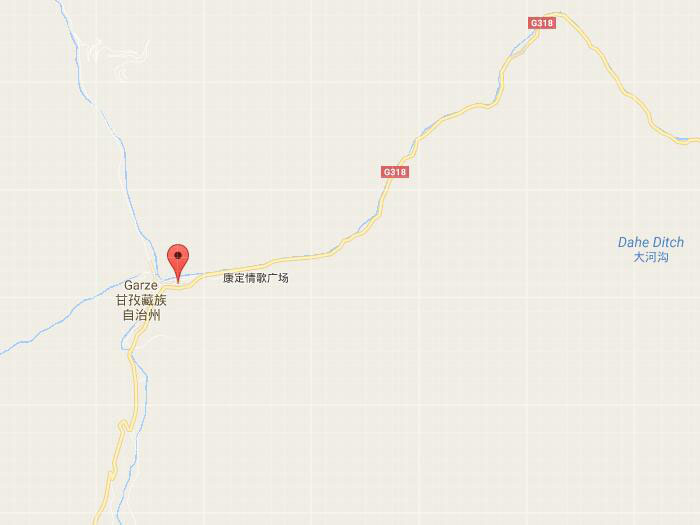 Quite and leisure place.


Rating by Chinese National Geography magazine as one of China's most beautiful six grasslands, Highland Grassland in Western Sichuan includes the west side of Ya’an and Garze Tibetan Autonomous Prefecture, where is a national migration corridor, it is important exchanges place in trade route of Han, Tibet and Yi nationality since the ancient times, and it is also the core area of going into Shangri-la. In 2002 published book Shangri-la Journey gave Kangding a name as the door of Shangri-la, because going into the Kangding, Shangri-la is no longer far away.

Since the Han dynasty, tea and horses is important trade goods in Sino-Tibetan region, the route is: Chengdu-Qiong (now named Qionglai)-Ya’an-Yandao (now Xingjing)-climb over Daxiangling to the Maoniu county (now Hanyuan county) through the Dadu river reach Moxi and Muya grassland (now Tagong, Xindu bridge area), and then from the Sichuan-Tibet south road or north road to go to Tibet, Qinghai or Nepal, this is the famous Tea-Horse Trade, through its roads are named the Ancient Tea Horse Road by scholars.

Marching along the road is a fairly historic journey, except for the less part of the road in the mountains is deprecated, most of the roads of ancient road is still used today.

Highland Grassland in Western Sichuan is located in the middle of Sichuan Garze prefectures, centre on Litang, Garze, Xinlong, Baiyu, Batang grassland, and with the area of 7 square kilometers, 3800 to 4500 meters above sea level, subalpine meadow and alpine meadow are spread. Pass over the Sichuan-Tibet highway winding and continuous mountain Jianzi Mountain, suddenly vision is broad, and Litang Maoya Dam is appearing in your eyes, that is, we come to a Litang county which is called high town in the world. Every year in August, here is going to hold the Grassland Horse-racing activity; wild Kangba man and beautiful Kangba woman gather here from all different places, display their charm and ability, making Maoya Dam becoming a beautiful place many people aspire to go. Maoya Dam Grassland is one of the largest grassland in the midway of Hengduan Mountain Shaluli Range, with an elevation 3800 to 4500 meters, and Litang river flows through it , meanwhile, rolling wide of marsh wetland and rich pastures are distributed all along the river. From June to September in every year is the most beautiful season of grasslands.

The boundary between Highland Grassland in Western Sichuan and Chengdu Plain is the Qionglai Mountains of Ya’an, west of mountains is Highland in Western Sichuan, on both sides of the Erlang Mountain is tens of kilometers apart but it has a large difference of climate. In the most times the weather is rainy in the east side of Erlang Mountains but sunny in the west of mountain. If you want to enjoy deeply experience of Tibetan culture and customs, the best is to go to the outside; the outside is an expression of natural geography called by people in Kangba. Outside scenery is more beautiful, which is a grand and beautiful vast prairie, towering snow-capped mountains, melodious pastoral, under the blue sky you can feel the joy of the heart with full bloom flower.

The main the nation in Highland Grassland in Western Sichuan except there are a large number of Han nationality in Ya’an, most of the rest of the residents is Kangba Tibetan. Tibetan in the process of formation is over hundreds of years, until Srontsen Gampo unified Qinghai-Tibet Plateau, it was then Tibetan people became a nation share common words and beliefs. This great nation in snow area plateau is perennial reproduce, created the brilliant Tibetan culture, but due to the high mountain road is full of risks combining with some native languages between the tribes and caste, and thus there is a big difference in the Tibetan language pronunciation. So according to the different dialects, divided into Lhasa dialect area, Amdo Tibetan dialect area and Kang dialect area, and most of the Garze Tibetan Autonomous Prefecture belong to Kang dialect area.
People in Kang dialect zone called themselves Kangba. There is a famous sentence in the folk: “If Kangba people can walk then they can dance, if they can speak then they can sing.” Walk into he Highland Grassland of Western Sichuan will be a musical journey.

The mountains is grand, rivers flow in the Highland Grassland in Western Sichuan, the source of the Yangtze River and its main tributaries breed ancient and mysterious civilization here. Dadu River, Yalong River and Jinsha River with Snow Mountain grass flows from north to south. From the mountains to the course of the Qinghai-Tibet plateau from north to south, geographically we usually refer to the strip as Hengduan Mountainous Region. Geography and climate reasons contributed to this land of unique landscape and complex plateau climate, a mountain has four seasons, different weather in nearby in a day is true portraiture of climate.